The internationally acclaimed artist Seán Scully has been honoured in Dublin.

Locals, as well as the painter himself, attended the unveiling of a plaque marking the spot where he grew up in Inchicore.

The 75-year-old said it was quite extraordinary and a beautiful thing describing the house as his cradle.

Today's event was organised by the Cuala foundation.

Mr Scully was born in Dublin in 1945, four years later his family moved to London.

He is now based in the US and Germany.

Mr Scully has been nominated twice for the Turner Prize, and has been exhibited across the world. 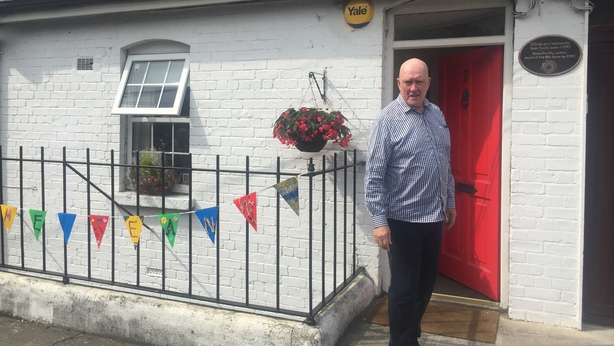