A flotilla of trawlers are to comb a swathe of the Atlantic off the northwest in the continued hope of finding two winchmen missing from a crashed Rescue 116.

The wreckage of the Sikorsky S-92 was transported to an air accident investigation facility in Co Meath after being brought ashore just over three weeks on from the accident.

The Coast Guard helicopter crashed into the sea about 13km off Co Mayo after hitting Blackrock Island on 14 March on its return from supporting an operation to rescue a fisherman out in the Atlantic.

The wreckage was lifted from the seabed on Sunday. 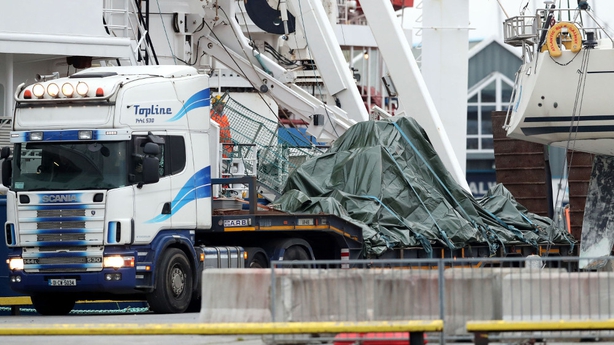 The bodies have been recovered of Captain Dara Fitzpatrick, who was pulled from the sea in the hours after the crash, and Captain Mark Duffy, who was taken from the cockpit 12 days later by Navy divers working at depths of 40 metres.

Efforts to find Paul Ormsby and Ciarán Smith, the winch team, have continued, with searches extending from north Galway and Achill island along the western seaboard into Donegal bay and west Donegal.

Sean O'Donoghue, of the Killybegs Fishermen's Organisation, and Francis O'Donnell, of the Irish Fish Producers' Organisation, said it was organising a fleet of large trawlers and other boats to leave south Donegal on Friday to begin a coordinated search from Blackrock Island at dawn on Saturday.

"The intention is to search northwards from Blackrock covering Donegal Bay and further north," they said.

"This search has been discussed with the Coast Guard and they are very appreciative of our support, advice and continued assistance. In addition to this coordinated search we are asking all fishing vessels operating in the area to keep a close eye out for any debris from the helicopter."

Some pieces of the helicopter's fuselage was found off west Donegal two weeks after the crash.

Mr O'Donoghue and Mr O'Donnell urged small boat users not to take any risks trying to support the search. 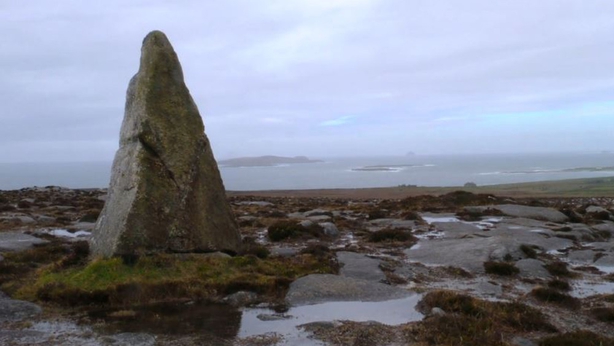 "We fully understand that a large number of vessels want to get involved in the search but we would ask that vessels do not risk going to sea in small vessels when the weather conditions are unsuitable. Safety at sea is of paramount importance and we do not want further tragedies," they said.

The Air Accident Investigation Unit (AAIU) has taken what was salvaged from the wreckage of Rescue 116 - a large section of the engine, rotor head and gear box - for detailed analysis at its facility in Gormanston, Co Meath.

Inspectors revealed at the weekend that initial reviews of the black box flight recorder showed there was no indication of any mechanical problems in the seconds before the helicopter hit Blackrock island and crashed into the ocean.

The AAIU is expected to publish a preliminary report on the accident in the next 10 days.

It is believed the tail of Rescue 116 hit rocks on the western end of the island as it returned from supporting a rescue mission to refuel on the Mullet peninsula.

There was no indication of any danger moments before the Sikorsky S92 vanished, with the crew's final transmission: "Shortly landing at Blacksod."