It was one of humankind's greatest and most inspirational achievements – the Apollo 11 mission to land a team of men on the surface of the moon and bring them safely back to Earth.

Some 50 years later, as the world struggles with Covid-19, there are some who are once again looking to the moon for inspiration.

Operation Moonshot is the UK government’s ambitious plan to test huge numbers of people at the same time – regardless of whether they have symptoms – at a cost of tens of billions of pounds.

Boris Johnson sees the scheme, which is already being piloted in Liverpool, as a potential step back towards normal life, one that could allow people to go to concerts or attend football matches in the kind of numbers not seen since March of this year.

As our closest neighbours experiment with mass testing, it’s only natural that we wonder whether it might work here in Ireland.

The concept is quite straightforward: The aim is to test the entire population, or as close to it as possible, in a town, city or a university.

Testing everybody makes it possible to identify even the asymptomatic cases. Those who test positive must self-isolate for at least 10 days. In theory, it would provide a type of firebreak, removing the virus from the community and stopping transmission – while allowing those who have not tested positive to move more freely with fewer restrictions.

It’s not the first time that mass-testing has been deployed: China has tested the populations of several cities en masse, while Slovakia has just completed its attempt to test the entire country in one go (in the end, it managed to test around two-thirds of the population, with just over 1% testing positive).

The key to the scheme is speed. In Ireland, we exclusively use PCR testing for Covid-19. They are the most accurate tests available, but they need to be processed in a laboratory – which takes time. The Liverpool pilot is still using PCR, but in conjunction with less-accurate rapid lateral-flow testing (a testing kit similar to a pregnancy test). In Slovakia, they're using fast-turnaround antigen testing kits, which don’t need to be processed in a lab.

The accuracy trade-off could be worth it. "The speed is making up for it – in that you can absolutely get to more people," Linda Bauld, a professor of public health at Edinburgh University, tells Prime Time.

"As we move through this pandemic, particularly for populations where we want to get test results back rapidly – for example, healthcare workers, students returning home – I'm confident that we will see many more countries around the world adopting this kind of thing."

At the moment, test-and-trace is one of Ireland's pillar strategies for controlling the spread of Covid-19. There are currently seven contact-tracing centres around the country, with teams dedicated to getting in touch with close contacts of confirmed cases, advising them to get tested or to self-isolate in order to prevent further infections.

It’s a system that’s not without its challenges, as contact tracers in Galway told Prime Time this week. While most people are happy to comply, there’s still a minority who tell them that they can’t – or won’t – self-isolate.

Paul Gillen, who works on the HSE's national tracing team, says that they often call people who are supposed to be isolating, but can clearly be heard driving on a motorway, or having dinner with family and friends.

There are others who simply won’t present for a test. Another problem for the contact tracers is the sizable number of people who may have the virus but are asymptomatic. They might never receive a test and it’s thus quite unlikely that they will self-isolate.

Dr Breda Smith, the HSE West's Director of Public Health, tells Prime Time that between 30% and 40% of positive cases have no symptoms at all.

Unless they’ve been identified as a close contact of an existing case, there’s very little that can be done to restrict their movements or to prevent them spreading the virus.

Asymptomatic cases are typically less infectious than those with symptoms, but this doesn’t mean that they can’t spread the virus. Mass testing could be one way to sweep up those asymptomatic cases who otherwise wouldn’t be identified.

In that sense, the problems that contact tracers experience with people unwilling to comply with public health advice could also apply to mass testing. In the Liverpool pilot, testing is entirely voluntary. In Slovakia, it’s also voluntary, but those who don’t volunteer have to self-isolate as if they’ve tested positive.

Pete Lunn, a behavioural economist with the ESRI, says that the key to successful mass testing is all in the message – that people need to be convinced that volunteering for testing will work, and will serve a greater good.

"You've got to get across to people, in simple terms, why it’s best for everybody to do this," Lunn says.

"They're more likely to pull together to do things if they can be persuaded that this is in the public interest."

A coherent national identity could also be of help.

But Ireland's sense of national identity may not be enough to guarantee success on its own. There’s a reason this plan has been labelled "a moonshot": There’s no guarantee that it will work, and it comes with a hefty price tag. In the UK, Operation Moonshot is estimated to cost up to £40 billion – more than the annual budget of several key government departments.

Dr Smyth tells Prime Time that we should measure the success (or otherwise) of the efforts in other countries before committing money that could be spent elsewhere.

"We have to carry out a harm-benefit analysis. We have to look at how we allocate our resources," she says.

"Is this a strategy that actually might be taking from necessary resources going into our serial testing in nursing homes? As a strategy, it definitely should be explored, but we should definitely take a very evidence-based approach to us and see what is the best option for us here in Ireland." 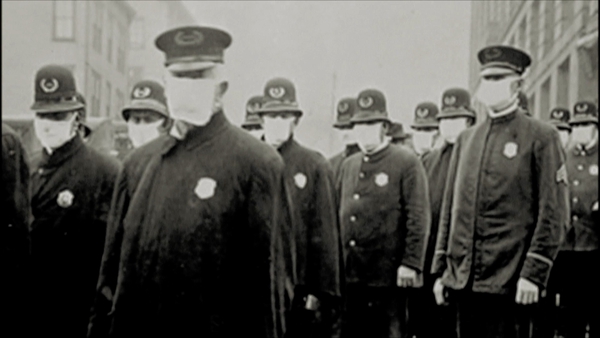