Michael is your typical burly middle-aged Irish man – the kind of person you'd imagine as a protective big brother. A gentle giant. But behind his strong, physical exterior, he is a shell of his former self.

He used to have a social network, he told RTÉ Investigates. Now that has disappeared, and he rarely goes out.

"The person I used to be to the person I am now, in regard to how I interact, is night and day."

In fact, Michael is not even his real name – and he spoke to RTÉ Investigates on the condition of anonymity.

Since being told by gardaí that he was allegedly sexually assaulted by a doctor while under anaesthetic at Naas General Hospital in 2017, he has told no one other than his wife about the devastating discovery that has turned his whole world utterly upside down.

For him, the revelations have been, in his own words, "a nightmare". 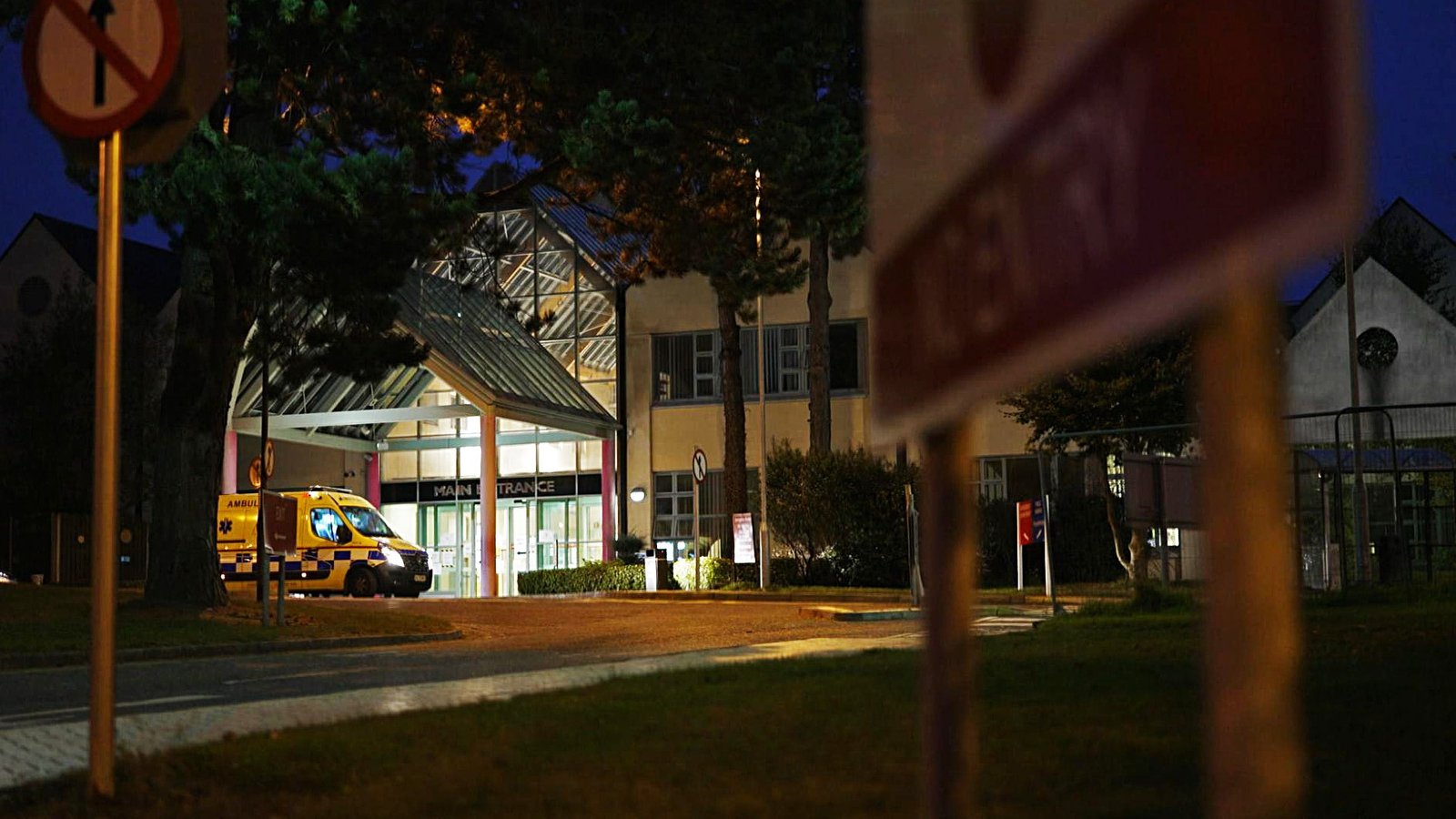 "I'm dragging my wife through an unspeakable episode of life events now that we would never have dreamt of having to go there," he said.

"I'm trying to deal with it right now going through counselling. I've never had to do any of that stuff before."

Michael has become reserved and vacant – and he describes his load as punishing and heavy to carry. He is no longer the bubbly person that his wife remembers. Their new reality is, she told RTÉ Investigates, defined by the same reoccurring word – a nightmare.

"If you were having a down day, he'd cheer you up, but our lives for the last couple of years have been a nightmare."

Unknown to them, Michael and his wife's nightmare began in the spring of 2017. Suffering from lingering stomach pains, Michael went to the Emergency Department at Naas General Hospital. He was admitted and scheduled for surgery.

"I remember being wheeled down in the bed, the team of doctors were around me, anaesthetist, basically the crew was around the bed explaining what was going to happen," he said. 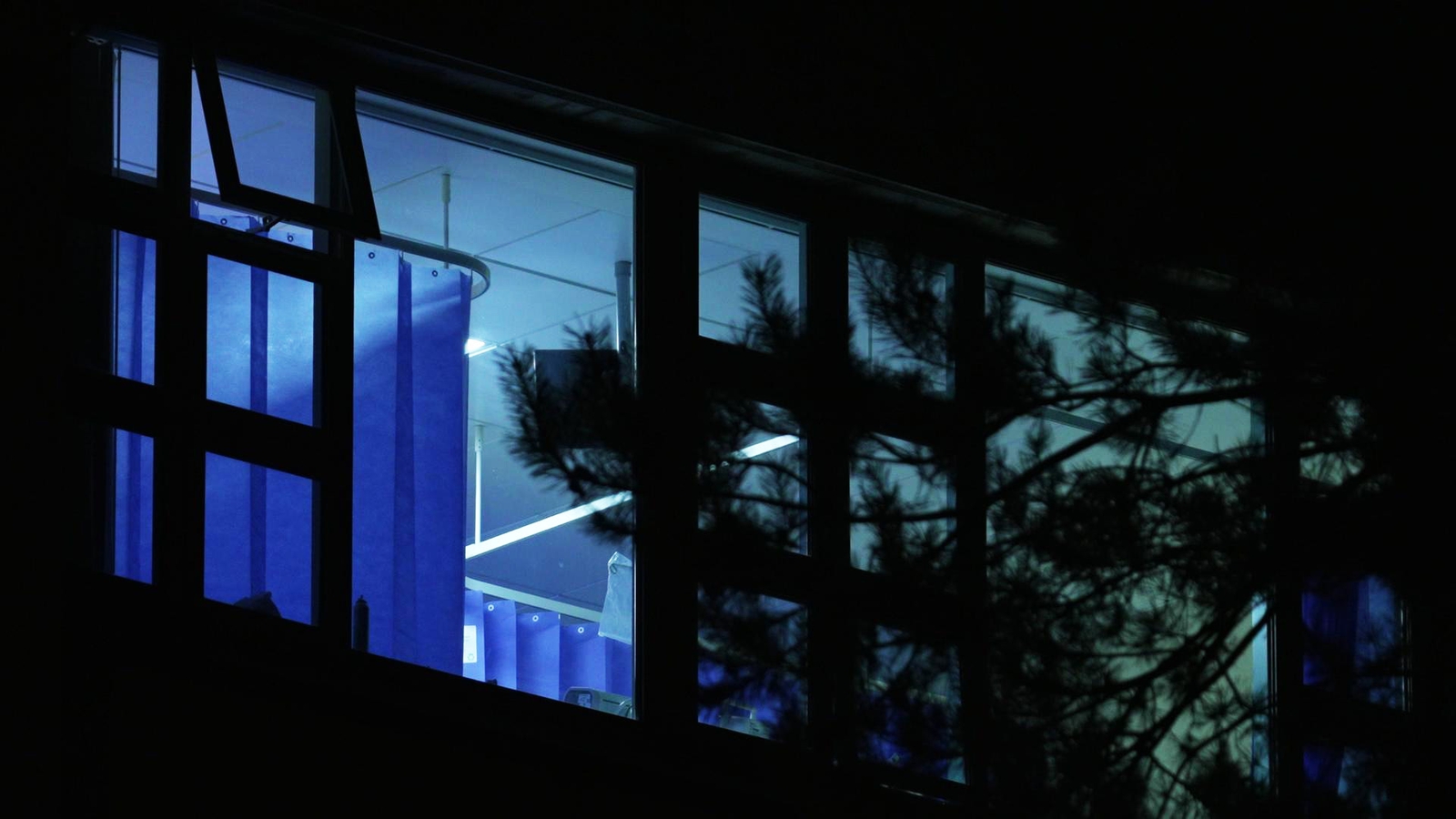 Michael was admitted to Naas General Hospital and scheduled for surgery

"And it's something that didn't sort of resonate, but it does now, the fact they said you are in safe hands, that they were going to do their best to make sure I was looked after."

Michael underwent a laparoscopic appendicectomy – a procedure that resulted in the removal of his appendix. In all, it's an operation that should take no more than a few hours. That's according to Dr Bernard Norman, a Consultant Anaesthetist based in London.

"Including the time that the anaesthetist needs before the surgery starts and after the surgery finishes to look after the patient, the whole process is likely to take an hour and a half to two hours, so if you are drowsy or even asleep for hours after an anaesthetic that would be unusual."

But Michael's medical notes show it was nine hours after he was transferred to theatre before he returned to the ward and even then his wife remembers he couldn't hold a conversation with her.

I haven't got the words to say how I feel about Naas Hospital. Nobody is accountable for anything

Nonetheless, with his operation over and free of his stomach pain, Michael was discharged from hospital a few days later. His life went on as normal. That is until early 2019, when he received a call from local gardaí in Naas. It was at that point his life changed forever.

"He said 'are you sitting down?' And I knew it was serious then," Michael said.

He was told that he was suspected of having been sexually assaulted following surgery to remove his appendix.

The complaints received by gardaí were made against Dr Aamir Zuberi, an anaesthetist working at Naas General Hospital since at least 2012.

Michael and his wife were told the suspected sexual abuse had come to light when several staff members from the hospital reported their concerns relating to four patients to management. 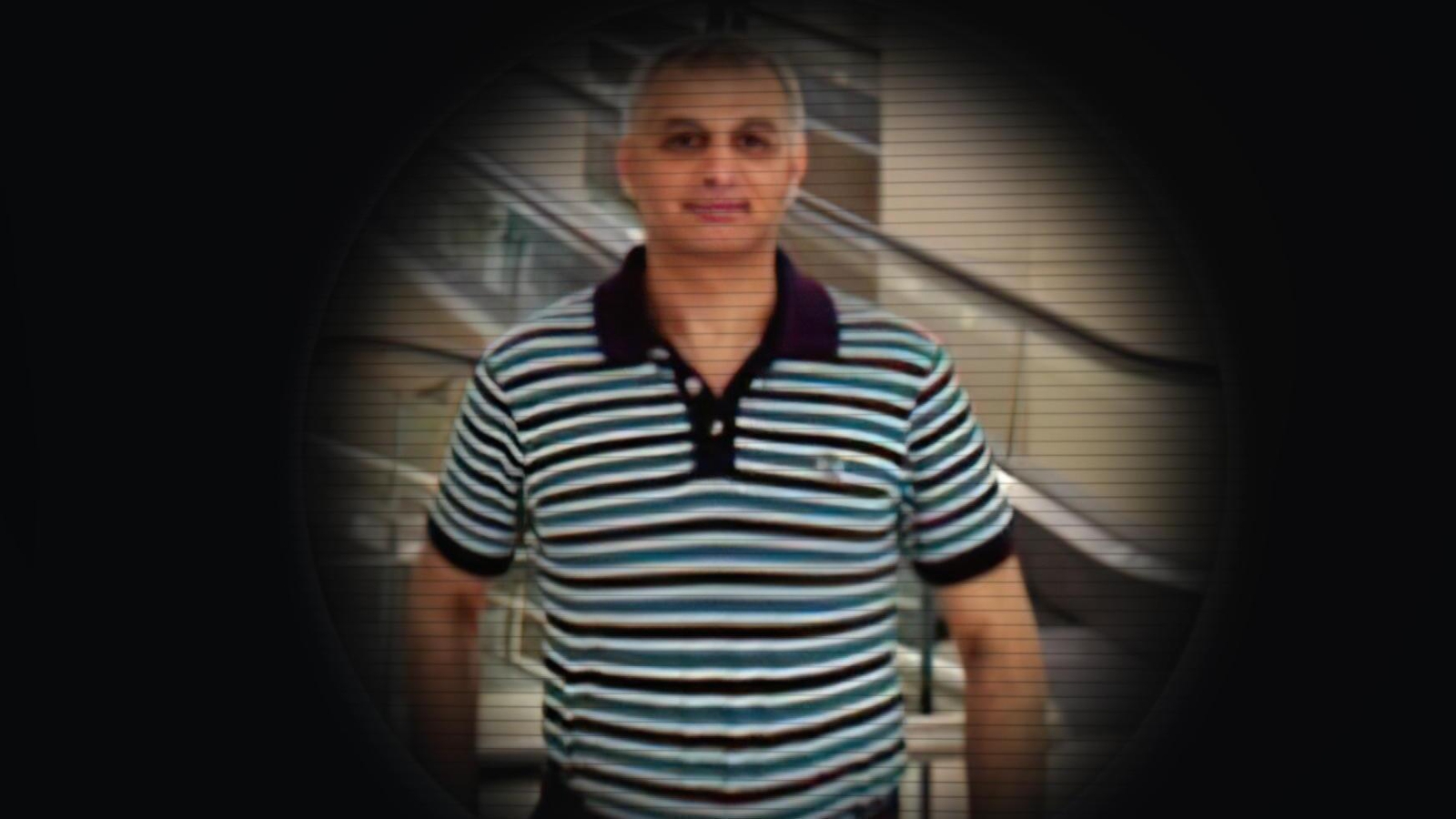 The concerns, they were told, had emerged during a break-room conversation. However, while Michael's alleged assault had been the last-witnessed incident, it took seven further months – until December 2017 – for the concerns to be raised with hospital management.

It was at that point Dr Zuberi was placed on administrative leave pending an investigation.

That was almost four years ago and, in all that time, Michael has never been contacted by Naas General Hospital.

In a statement, the HSE said Naas General Hospital has been strongly advised that it could not comment, as to do so would unfairly prejudice the outcome of an ongoing garda investigation.

Kieran McGrath is a sexual abuse prevention consultant. When something goes wrong, he told RTÉ Investigates that the response of an organisation is crucial and, in cases of this nature, it is important the hospital reaches out to the person, apologises, and offers help. 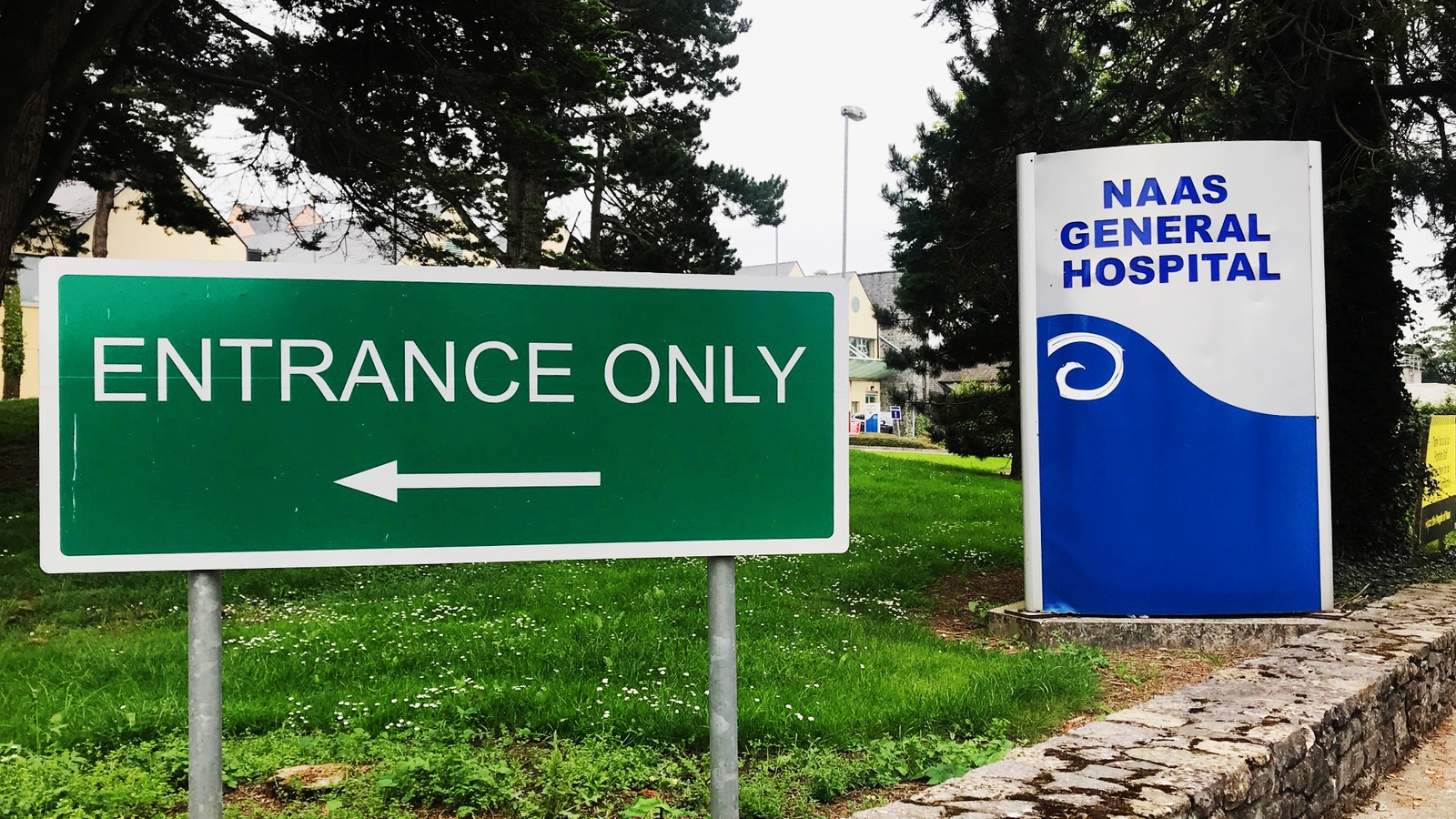 Michael has not received an apology from Naas General Hospital

"It has to be a genuine message," he said. "If it's a bureaucratic exercise, it won't cut the mustard."

But Michael has been left to deal with the consequences of the revelations. He has not had any apology and he doesn't even know if the hospital is conducting its own investigation.

"I haven't got the words to say how I feel about Naas Hospital," Michael said. "Nobody is accountable for anything."

Although Michael understands he and three other patients provided statements to gardaí because their alleged assaults had been witnessed by staff at the hospital, the question remains as to whether other incidents could have taken place and gone unnoticed.

That is why the hospital is obliged to carry out a lookback review, Kieran McGrath said, in case there are other potential victims.

"You might have half a dozen, but it could be much bigger than that. You don't know until you do it and instead of crossing your fingers and hoping there's nothing else coming out of the woodwork, it's much better to be proactive and look back."

But Dr Aamir Zuberi did not just work at Naas General Hospital. RTÉ Investigates has learned that he also worked for several years at another Irish hospital prior to taking up employment at Naas.

For Kieran McGrath, this means that any lookback review must extend to Dr Zuberi's previous places of employment. But that can only happen if they are informed, he said.

RTÉ Investigates asked hospital management at Naas General Hospital if it had informed the other Irish hospital of the concerns about Dr Zuberi's behaviour or the criminal case against him.

But, again, the HSE said Naas General Hospital had been strongly advised that it cannot comment due to the ongoing garda investigation. 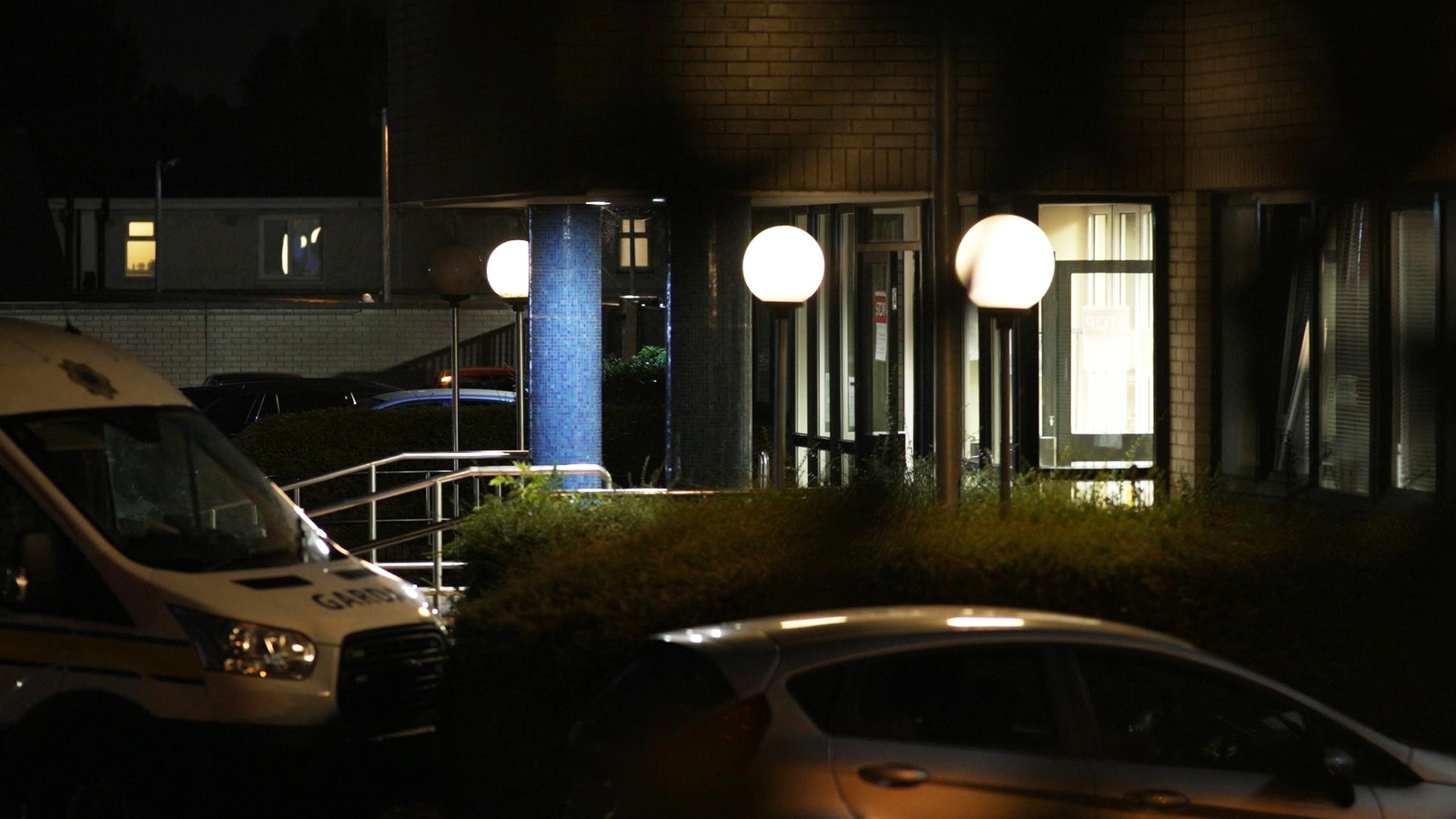 When that Garda investigation will conclude is not known. That's because, in the summer of 2019, Michael was told by Gardaí that Dr Zuberi had left the country and returned to his native Pakistan. As Ireland currently has no extradition agreement in place with Pakistan, the criminal investigation has essentially stalled.

In a statement, An Garda Síochána told RTÉ Investigates that, as the investigation was ongoing, it was not in a position to comment.

But it confirmed that it was liaising with Interpol as part of an investigation into a number of reports it has received of sexual assault at a hospital in the east of the country.

The development, however, has knocked Michael for six, leaving him without any sense of justice.

"The sad part for me," he said, "is that he was allowed to slip through the net and disappear." 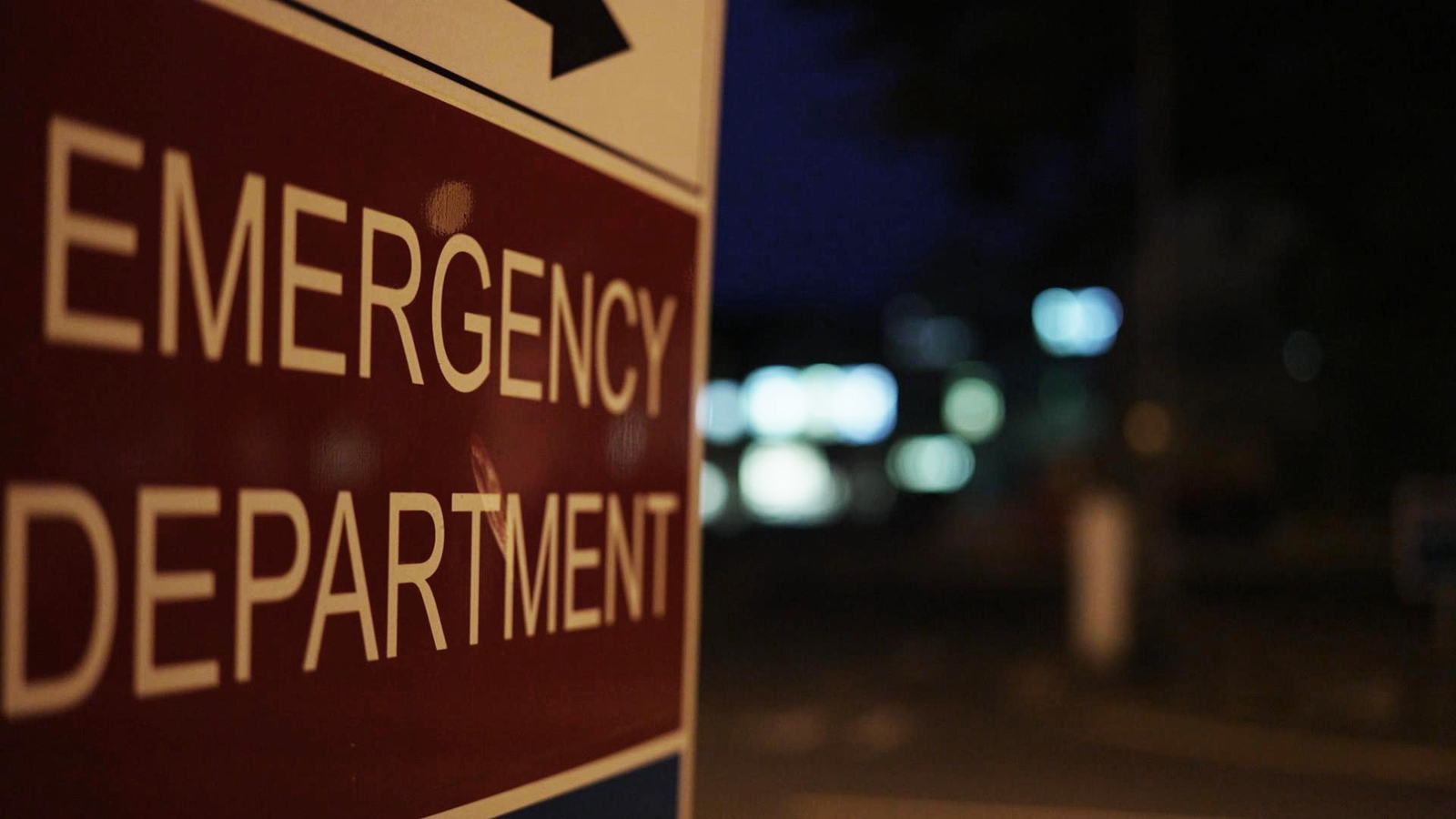 Prior to working at Naas General Hospital, Dr Zuberi also worked for several years at another Irish hospital

Dr Zuberi's departure has had a similar effect on the Medical Council's investigation. Michael said he had been told by gardaí that the council had a separate inquiry underway but Dr Aamir Zuberi's registration still appears active on the Irish Medical Council register and there is nothing to publicly indicate his conduct has ever been under review.

It represents, in Senior Counsel Dr Ciarán Craven's opinion, a significant gap in the process. The registration system is, after all, supposed to protect the public, he said.

"If there is an issue associated with the conduct or performance of any practitioner then that ought to be a matter of public record."

In a statement to RTÉ Investigates, the Irish Medical Council said on 20 March 2018, following an application by the Medical Council, the High Court made an order that included an undertaking by Dr Zuberi not to engage in the practise of medicine until resolution of a complaint before the council. That complaint, however, has yet to be determined. 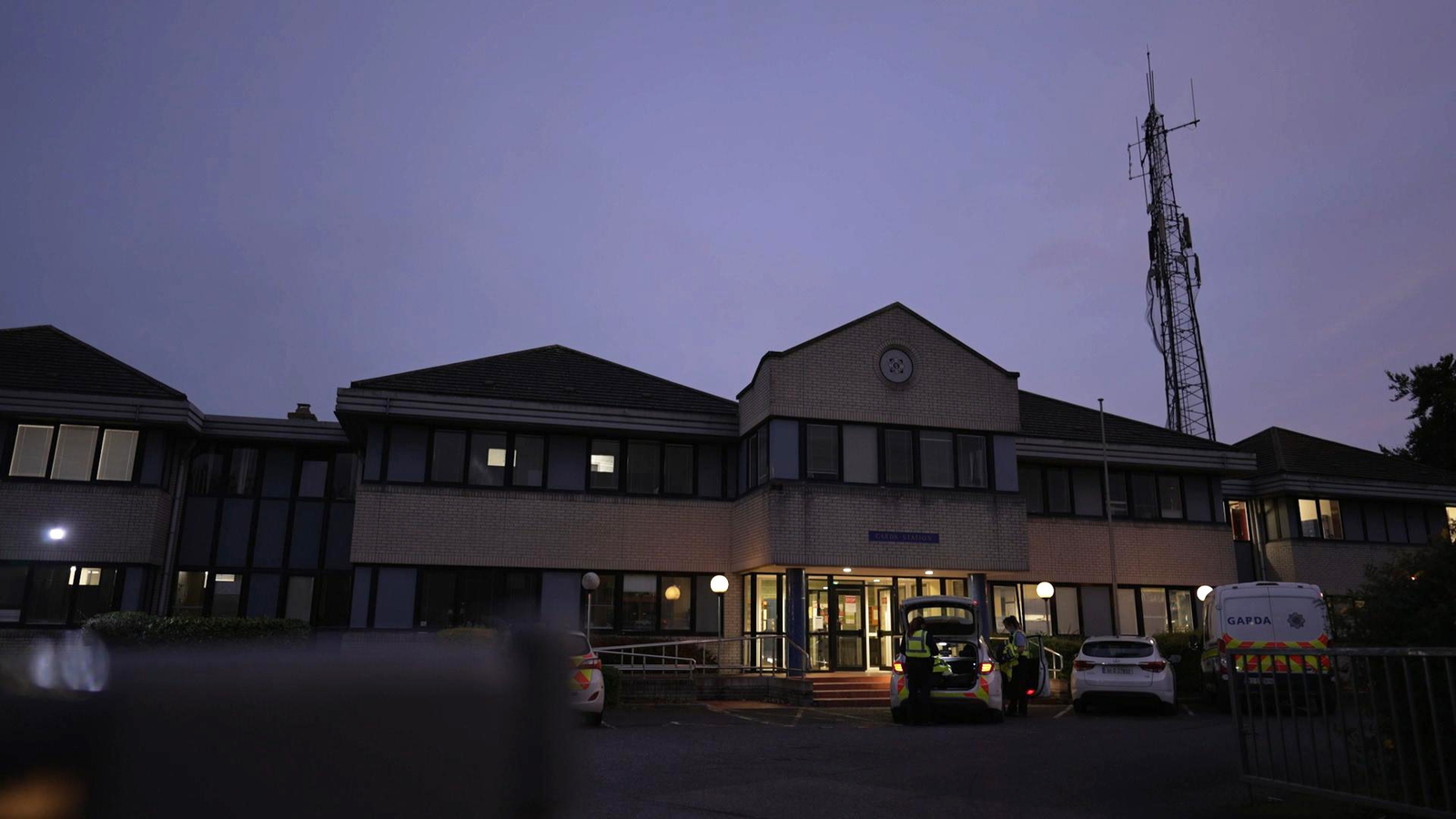 RTÉ Investigates provided this information to the Irish Medical Council and asked if concerns about Dr Zuberi had been raised with authorities in Pakistan, but the council told us the court order only has effect in this jurisdiction.

While it said that it alerted all other EU member states, the alert system does not extend beyond the bloc. The council added that it will now consider the appropriate steps that can be taken on foot of receiving our information.

It is impossible. Regardless of how you smile and say you feel, I can't switch it off

The matter is, according to Dr Ciarán Craven very grave. When one considers the undertaking provided to the High Court by Dr Zuberi not to practise medicine came on foot of serious concerns, the inability of the Medical Council to inform authorities outside the EU represents another very serious gap in the system, he said.

"If a patient is living in a non-EU or non-EEA country and there is no provision for the notification of undertakings such patients are exposed to risks that the patient within the EU or EEA would not be subject to."

Quite soberingly, Dr Craven's stark parting words perhaps describe the situation best of all: "You are," he added, "less protected because of where you live."

RTÉ Investigates repeatedly emailed a series of questions to Dr Zuberi, but despite reading the emails, he did not respond to our questions.

We also wrote to Dr Zuberi's current employer. In a statement, the Aga Khan Health Service in Pakistan said it has a policy of due diligence, reference checking and credentialing which were all completed to its satisfaction prior to employing Dr Zuberi. 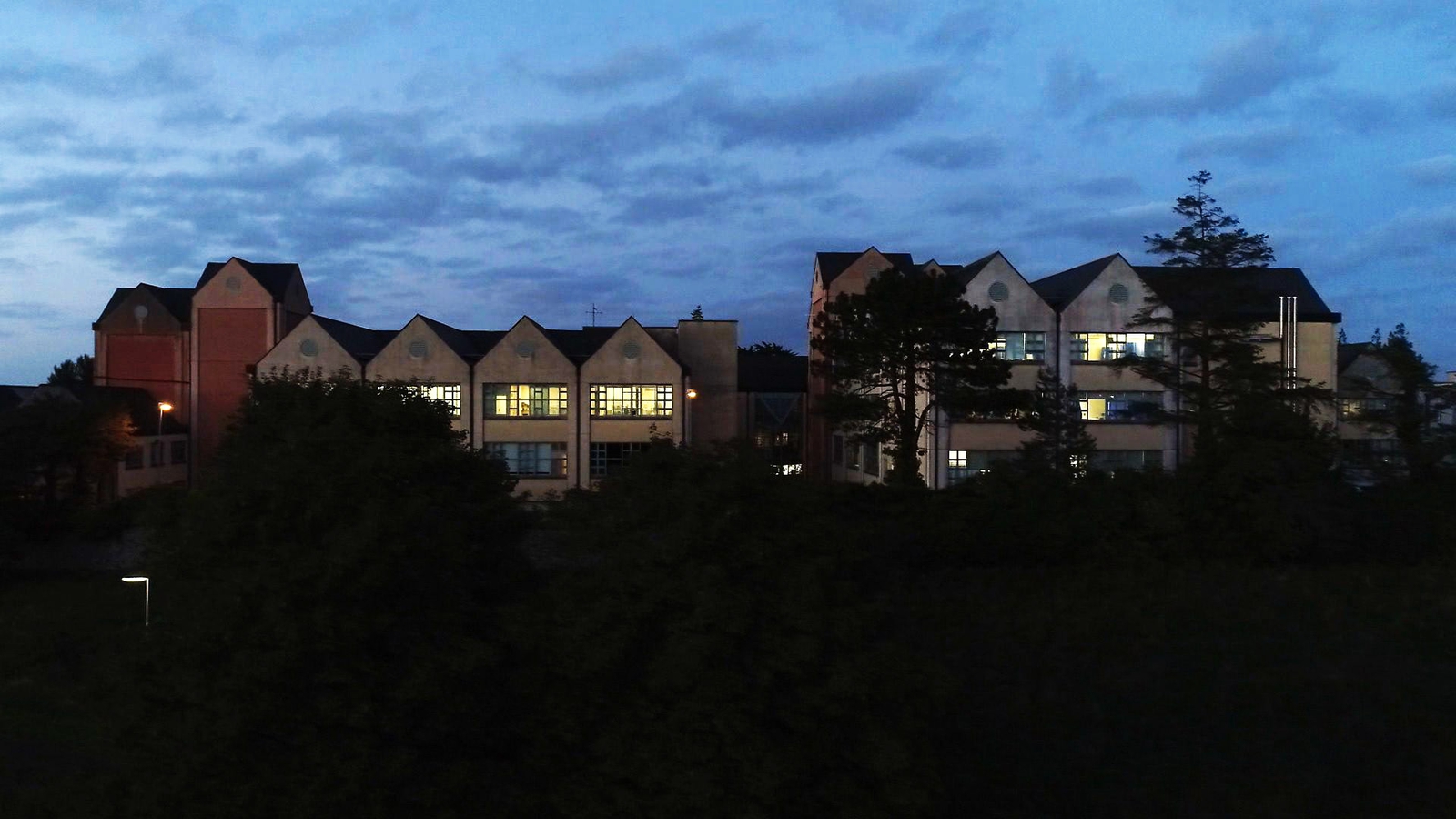 Without the support of the hospital, Michael feels like he has been left alone to cope

A spokesperson also confirmed that, the day after it received correspondence from RTÉ Investigates, Dr Zuberi submitted his resignation citing personal reasons – which his employer accepted late last week.

For Michael, Dr Zuberi's resignation is just another chapter in a torturous saga that has engulfed his life over the past few years. Having received no offer of help from Naas General Hospital or the HSE, he has been left to cope with his struggles alone – struggles, which he freely admits, appear on some days to be insurmountable.

Michael is now attending counselling and has recently been prescribed anti-depressant medication. The devastating impact of sexual abuse is, he said, something he would never have understood until it happened to him.

"It is very difficult. And, for me, it is impossible. Regardless of how you smile and say you feel, I can't switch it off. At night, I have crazy dreams. It has been a nightmare."