In ordinary times, many councillors spend a sizeable portion of their week in the car, thanks to a constant cycle of meetings, events and engagements.

They are entitled to claim expenses for the legitimate travel they incur on official business.

For some councillors - especially those in larger rural areas - this can add up to thousands of euro each year. In the vast majority of cases, the travel expense claims are justifiable.

But RTÉ Investigates discovered that, in some cases, councillors are not always abiding by the rules related to mileage in their council claims.

When a councillor attends an event such as a conference, training seminar, or an ad hoc meeting, and later that day, is due to attend another such event, they are supposed to be paid based on travelling "the shortest overall route" between the two different events.

This rule - contained in Ministerial Directions issued by the Department of Housing, Local Government, and Heritage - applies even if the councillor returned home after the first event, before leaving home for the second.

The Standards in Public Office Commission encountered this scenario in an investigation involving a Donegal councillor, Dessie Larkin.

In 2014, a complaint against Mr Larkin was upheld because he "failed to claim the travelling expense based on the shortest overall route" between conferences he attended in Ballinlough, Co Roscommon, and Westport, Co Mayo.

'I was not up to speed on the regulations'

At Carlow County Council, RTÉ Investigates found expenses claims in which certain councillors did not claim for the shortest overall route, where two events occurred in the one day. The council did not challenge the excess claim when it processed their expenses.

One set of events involved training in Nenagh, Co Tipperary, and training in Buncrana, Co Donegal, which both took place in October 2014.

Fianna Fáil councillor Arthur McDonald, from Bagenalstown, told the council he left home on Wednesday 15 October for the Nenagh training, which started the following day.

He said he returned home at 5pm on Thursday and, in another claim form, said he left home at 6pm that day, for training in Buncrana. He received mileage payments totalling €585 based on his return trips. But according to the rules, he should have been paid based on travel directly from Nenagh to Buncrana.

The same issue arose in April 2018. On this occasion, Cllr McDonald attended an event in Tullamore, Co Offaly, and returned home for this event before departing for a planning conference in Tralee, Co Kerry. He claimed mileage for two return trips - and not for travel based on the shortest overall route between Tullamore and Tralee - which came to €561.

Cllr McDonald told RTÉ Investigates that he is self-employed and that, following both the Nenagh seminar and the Tullamore event, he had to return home on business matters.

"I was not up to speed on the detailed regulations in relation to the issue that payments should be made based on the amounts which would be payable if the member did not return to his/her official residence," he added.

"While I accept this is my ultimate responsibility, I would add that this was not identified by Carlow County Council when my claim was being processed."

He said that he had since made a refund of €228 to his council.

'I had matters to attend to'

He told the council that he arrived home from Tullamore at 3.30pm, before departing for Tralee at 5pm.

He told RTÉ Investigates that the claims he submitted "accurately reflect my travel on the day in question", and that he returned to his home and place of work after the Tullamore event as he had "matters to attend to".

He also said that he was not aware of rules "regarding attendance at two Council-related events on the same day and the treatment of these as two separate journeys. It appears that those who processed the claim were equally unaware."

Cllr Pender said that he refunded €110 to the council.

Meanwhile, in a claim to Tipperary County Council, Fianna Fáil councillor John Carroll attended a tourism conference in Carlingford, Co Louth, on 5 April 2018, and said that he returned to his home in Nenagh that evening at 6.30pm, having made a 570km round trip.

Half an hour later, according to another council claim, Cllr Carroll was bound for Dublin, for a seminar due to start in the RDS the following morning.

Cllr Carroll told RTÉ Investigates that he returned home from the Louth conference to "attend to a personal issue which I had pre-arranged".

He added that he was "not up to speed on the detailed regulations" and that while this was his "ultimate responsibility, I would add that this was not identified by Tipperary County Council when my claim was being processed".

He said he had submitted the claim some 11 weeks after the event, that it was a "genuine error," and that he had refunded €194 to his council.

RTÉ Investigates has identified a member of the Northern and Western Regional Assembly who appears to have overstated the distance from his home to the assembly headquarters.

Assembly members are obliged to complete declarations stating the distance from their official residence to the assembly headquarters. The declarations stipulate that the distance is "measured along the shortest route by which [they] could reasonably be expected to travel".

The distance entered has a significant bearing on the payments made to members of the assembly, because, once entered into the system, it determines the mileage expenses for all subsequent monthly assembly meetings, as well as certain other meetings that take place in the assembly office.

Monaghan County Council member Seamus Coyle, from Latton, submitted a declaration to the assembly dated September 2014, stating that he lived 224km away from the assembly office Ballaghaderreen, Co Roscommon.

Cllr Coyle, a member of Fianna Fáil, was then paid mileage for a 448km return trip for each assembly meeting he attended, up until the end of 2017.

But he later updated his declaration and, in a form received by the assembly on 11 January 2018, stated that the shortest route he could reasonably be expected to travel to Ballaghaderreen was 167km one-way.

Google Maps suggests three routes from Cllr Coyle's home to Ballaghaderreen. All three take around the same length of time, the longest of which is 145km.

RTÉ Investigates wrote to Cllr Coyle to ask if he had overstated the distance he had to travel.

"The payments from [the assembly] are based on a pre-calculated calculation," Cllr Coyle said in a statement.

He also said that he would need to contact the assembly to request them to review the matter. 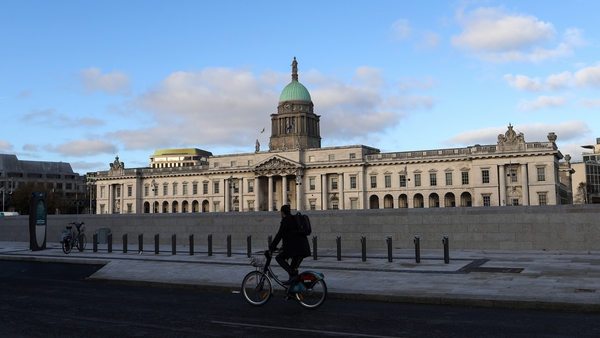 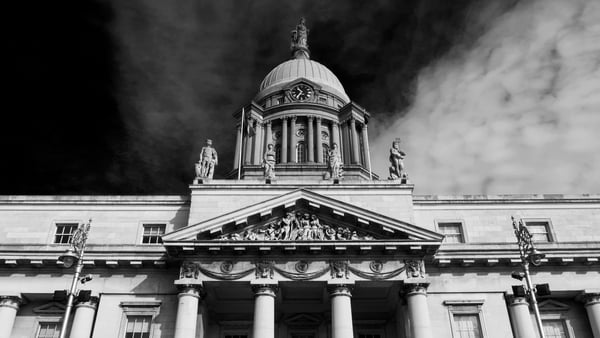