"I was pregnant with grace and I was so young and I had no support and I was in no fit state to look after her so I put her in the care of the SEHB and I thought that was the best thing to do at the time, that she’d be well looked after and cared for...a day didn’t go by that I never thought of her." 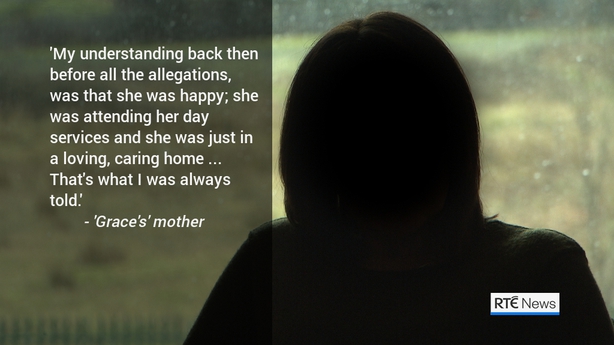 "I had contact, they were asking me mantoux testing and dental treatment ……… but they never contacted me when there were sexual, allegations of sexual abuse where I needed to give consent for STI testing..."

"There was plenty opportunities for Grace, where they failed to tell me so I’ve got no faith whatsoever in anything they’ve got to say because all through Grace life in the care of the HSE and the SEHB I was lied to constantly, constantly lied to"

"They’ve always had my contact details, I’ve had the same telephone number that I’ve had with the last 30 years and I’ve still got that phone number to this day..."

"I was told that she was taken to hospital for, to get checked out, that there was bruising to breasts and to her thighs and I was totally devastated.... totally, totally devastated. I couldn’t believe what I was hearing, I said I wanted her removed immediately"

I thought how could they do this, how could anyone …. cover up all this from me and to keep her you know, and have her in danger – it was just totally awful, I couldn’t believe it. 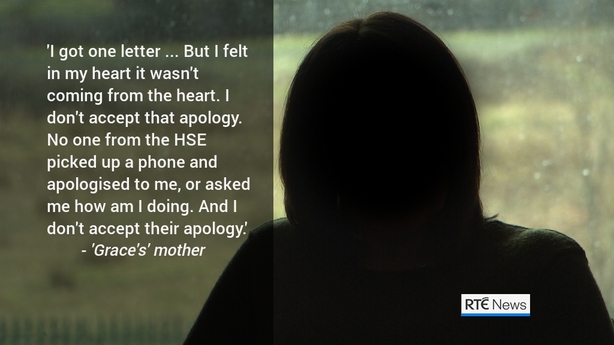 On recently meeting Grace after a gap of over three and a half decades:

"I hope I’ll be in a better place when all this is over to enjoy my time with her, yeah, that’s what I’m hoping but at the moment I just cannot move on until I get all the answers that I want. [00:25:57] I feel that it has ruined my life, all this, I have, it’s ruined my life, the lies, the constant lies and the suffering of my daughter has ruined my life, they have and I hope someday like that they’ll be held accounted for and knowing that no one else is going to suffer again that I can move on and be happy"