The counting of votes in the Local Elections is complete, with all 949 seats filled.

The final seats were filled for Longford County Council.

The national voter turnout was 50.2%, and Fianna Fáil received the highest number of first preference votes with 26.9%.

Fine Gael got 25.3% of first preference votes, however it emerged as the biggest party in the Dublin area following counts in the four local authority areas. 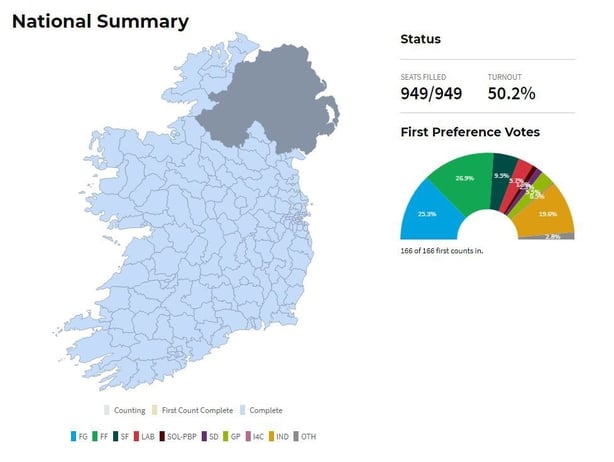 Compared to the last Local Election in 2014, the party which lost the most votes was Sinn Féin – a 5.8% drop. The Labour Party received 1.4% less votes this election and Solidarity-People Before Profit also saw a drop of 1.1%.

The Green Party made the biggest gain this election with a 3.9% increase in votes compared to 2014, while Social Democrats also received a 2.3% rise.