The European Central Bank's policy signals do not seem to convince investors any more, analysts say, whether it is trying to raise their expectations for interest rates or lower them.

With inflation at multi-decade highs and war in Ukraine feeding economic volatility, global peers including the US Federal Reserve and Bank of Japan have often struggled to send clear and consistent signals.

But four analysts told Reuters that the ECB's problems doing so have been more acute because of frequent changes to its policy message and what one described as a cacophony of voices among policymakers from the 20 countries that use the euro.

"They are simply not consistent in their communication and explaining their reaction function," Carsten Brzeski, global head of macro at Dutch bank ING, said.

"The message keeps changing. This is why markets gave up on them," he said.

Just over a year ago, ECB President Christine Lagarde was trying to persuade investors they were wrong to bet on rising borrowing costs because high inflation would prove transitory.

By early February - even before Russia invaded Ukraine - she had acknowledged mounting inflation risks and the possibility of an interest rate rise.

Now, Lagarde has the opposite problem - investors do not believe her when she says the ECB will keep raising rates at a brisk pace to bring inflation down to 2% within two years from nearly five times that level now.

The ECB chief is pushing back, telling investors in Davos last week they should "revise their positions" - adding weight to earlier comments from Dutch and Latvian policymakers.

"They are trying their utmost to communicate clearly right now but they're suffering the consequences of having been behind the curve last year, and this is the price to pay for changing guidance as frequently as they have," Danske Bank economist Piet Haines Christiansen said.

After a few months last year in which it was criticised for not acting while other big central banks did, things had started to improve for the ECB.

A robust diet of rate hikes that started in July stabilised the euro and raised borrowing costs by the autumn - just what the central bank said was needed to lower inflation.

But by December, with signs of inflation peaking, a recession looming, and ECB chief economist Philip Lane raising the prospect of smaller rate moves, investors had begun to doubt the ECB's appetite to keep going for much longer.

It responded by committing at its December 15 meeting to several more rate increases, although at 50 basis points each rather than the 75 bps in September and October.

Now, with inflation falling and talk of smaller rate hikes by the Fed - which often influences other central banks due to the dollar's status as the world's reserve currency - investors are sceptical again.

Money market pricing has the ECB's deposit rate peaking at 3.3% in July - a drop from 3.5% foreseen at the turn of the year - with a cut by December.

Analysts said the ECB had boxed itself in when Lagarde said last month it would raise rates by 50 bps at its "next meeting, and possibly at the one after that, and possibly thereafter".

"With the kind of commitment that she gave, you lose credibility if you don't stick to it," Dirk Schumacher, head of European macro research at Natixis, said. "That would be a problem for any central bank."

With the euro zone economy now faring better than expected, he argued Lagarde should ease away from that December pledge.

Lagarde's commitment also puzzled ECB-watchers because the central bank had previously said it would not make such public predictions - known as forward guidance - anymore, but instead take each decision based on incoming data.

"They're facing the contradiction of saying they would go meeting-by-meeting while at the same time committing to several rate hikes," said Frederik Ducrozet, head of macroeconomic research at Pictet Wealth Management.

But Danske's Christiansen said the ECB can not always just follow investors, especially when situations are volatile.

"ECB doesn't have the luxury to change its view as often as markets. This of course leads to a tug of war between the ECB and the markets on the narrative," he added. 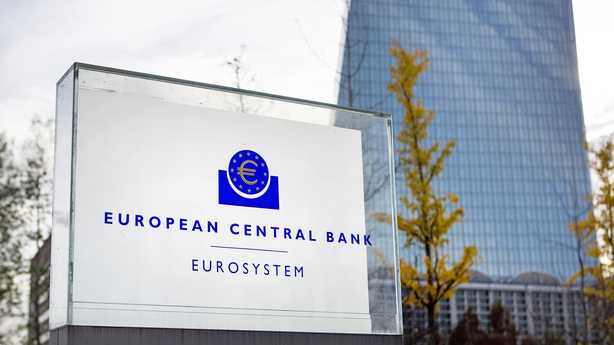 Some members, like Lane, had sought the shift to smaller rate hikes while others, such as Isabel Schnabel, wanted a bigger move.

Schnabel and Lane often air different views about policy in public and Lagarde, who is not an economist, has refrained from adjudicating between them, seeking instead to reflect the consensus view of the Governing Council.

In contrast, investors know that a message from Fed chair Jerome Powell can trump the opinions of other policymakers, the analysts said.

ING's Brzeski said the ECB lacked a clear thought-leader on its Governing Council who could steer markets like Lagarde's predecessor, Mario Draghi.

"The cacophony of diverging voices and the lack of clarity on who is the leading voice keeps hurting the ECB," Brzeski said.