A different type of energy transition has taken place at this year's World Economic Forum (WEF) meeting in Davos.

Activists like Greta Thunberg do not like it. But some in the solar, wind and hydro industry are warming to the carbon crowd.

Tejpreet Chopra, who heads one of India's clean energy firms Bharat Light and Power, was surprised to be invited to a side-event with more than 60 top oil and gas executives.

"The course of this transition will have to take a more inclusive approach until we all get to the finish line of where we all want to be," he told Reuters.

This shift, partly triggered by the energy crunch after Russia's invasion of Ukraine, has been front and centre in Davos, where United Nations Secretary-General Antonio Guterres dedicated his speech to it.

OPEC Secretary General Haitham Al Ghais, who was in Davos this week, has warned that the sheer magnitude of economic growth means energy demand cannot be met by renewables alone.

That message, echoed by many in the industry, be it traditional fossil fuel producers or renewable energy throughout the past year, found a bullhorn at this year's WEF.

"Certainly the war in Ukraine added a premium but the root cause is structural," Joseph McMonigle, Secretary General of the International Energy Forum, told Reuters.

"We've tried to limit supply, whereas demand is not decreasing," he added.

The Organization of Petroleum Exporting Countries (OPEC), in its 2022 World Oil Outlook, estimated $12.1 trillion would be needed to be invested to meet oil demand to 2045 to avert energy crises.

Thunberg's was not the only voice at Davos with strong objections to the industry's new mantra that the energy crisis justifies new oil investments.

International Energy Agency (IEA) chief Fatih Birol, in a meeting with Thunberg on the sidelines of WEF, said that new investments in oil fields would take years to become operational.

They would be too late to allay the energy crunch, but would contribute to the climate crisis, he added.

Like Birol, British opposition leader Keir Starmer said the oil and gas sector has a role to play in the energy transition.

"But not new investment, not new fields up in the North Sea, because we need to go towards net zero, we need to ensure that renewable energy is where we go next," Starmer said.

A consensus appears to be building within the energy industry that demands to immediately drop oil and gas investments and leave it in the ground are counterproductive.

"Energy companies have to be part of the solution here," McMonigle said, adding: "These are big integrated companies that are really good at doing things, lots of engineers right?"

New technologies need the weight of big oil to be able to scale up solutions, McMonigle said.

Apart from expertise, oil firms are also awash with cash after a year of record high prices, giving them the means to fund more solar, wind and hydrogen projects.

But that does not assuage the fears of climate activists. 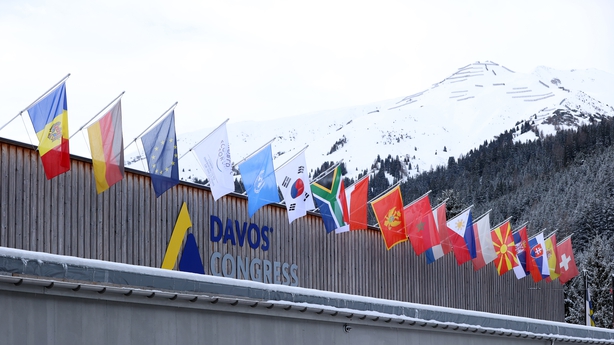 Some protesting in Davos expressed disappointment over the United Arab Emirates appointing the head of its oil company ADNOC and its climate envoy, as president of the COP28 summit that the Gulf OPEC producer is hosting this year.

The role involves overseeing negotiations among the nearly 200 countries that typically attend the annual talks, which at COP28 will be the first Global Stocktake since the landmark Paris Agreement of 2015.

"The climate crisis does threaten to destroy everything we know and we care about, and the only solution state leaders are finding is giving more power to those who brought us this crisis from the beginning," said Nicola Siegrist president of the Young Socialist Party in Switzerland, who organised a protest that attracted a few hundred in Davos this week.

Jaber, who is the founding CEO of Abu Dhabi's renewable energy firm Masdar and has overseen the UAE's mandate to adopt renewables, is not without green credentials.

His advocates say his appointment is a healthy change and that a more inclusive approach can help achieve climate targets the world is increasingly failing to reach.

"COP28 should be about what's different this time. Otherwise its just a waste of money in a beautiful place," Siemens Energy Chairman Joe Kaeser told the Reuters Global Markets Forum.