A dozen Ukrainian startups proudly showed off innovations at CES this year, striving to help their nation triumph economically as well as on the battlefield.

The contingent was welcomed to the premier consumer electronics gathering in Las Vegas, while Russian firms were not allowed due to Moscow's invasion of Ukraine and the ongoing war.

Before the conflict, Ukraine was an up-and-coming tech hotbed, but the war forced entrepreneurs to relocate and rethink their business plans.

But they have kept going, said Karyna Kudriavtseva, a project manager at the Ukrainian Startup Fund that sent the entrepreneurs to CES.

"This is a chance to represent the Ukrainian ecosystem with pride and dignity," Kudriavtseva said.

"We are trying to save the startup ecosystem, to make it grow, even during the war."

She said that people in the Ukraine now typically have three jobs - their routine employment, volunteer work, and helping the military however they can.

"I think it takes a lot of courage for our Ukrainian friends to be here," said Gary Shapiro, president of the Consumer Technology Association, which runs CES.

"They have proven how they are protecting themselves against Russia; but they're also very entrepreneurial," he added. 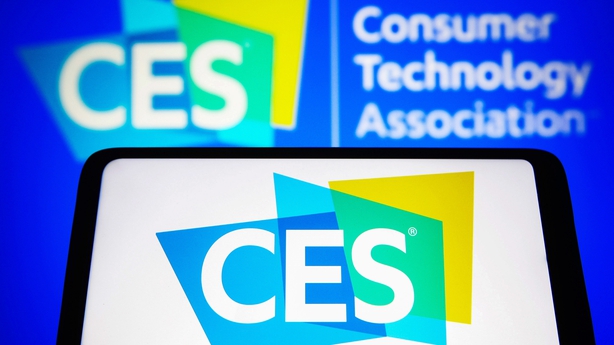 The startup fund has put an emphasis on military tech, with events such as drone hackathons where engineers brainstorm ideas that can be quickly used in the warzone, according to Kudriavtseva.

"Startups present what they have done, and if the solution is great they are going to take it to the armed forces and directly to the battlefield," she told AFP.

But the ideas are not all about war - the Ukrainian contingent included Nanit, a small robot and device company that teaches electronics and computer coding skills sorely needed for tech jobs.

"When we created the startup, we were trying to focus on kids," Nanit chief executive Vladyslav Konovets told AFP.

"But in the worst case situation, we cannot teach children locally because of the missile attacks and all that stuff."

While still developing educational toys, Nanit has been teaching programming to soldiers on the front. Skills learned will also be able to help soldiers find jobs after the war is ended, Konovets noted.

"We are supporting the war for sure, because this is our main goal," Minivets said.

Several of the Ukrainian startups at CES were focused on saving the planet as well as the country.

Releaf Paper boasted being the first producer of bags, drink trays, fruit boxes and other paper goods made from fallen leaves. Samples on display were indistinguishable from paper products made from trees, and were said to decompose quickly on the ground.

The war has forced the startup to be more efficient, and to look to markets outside the Ukraine because the local economy is suffering, Sobolenko said.

Startup Rekava takes used coffee grounds from cafes and turns them into cups complete with lids as well packaging, all of which is easily biodegradable.

Startups that can not help directly with the war effort volunteer in other ways, according to Kudriavtseva.

"We're doing our best to speed it up and to win, to bring the victory to Ukraine," Kudriavtseva said.