Employers remain committed to their recruitment goals over the next year despite concerns over the economy, according to a new report by Hays Ireland.

90% of employers surveyed reported that they plan on hiring over the next 12 months, an increase of 6% from last year.

The vast majority of employers, some 75%, indicated that they primarily plan to hire permanent staff, while 28% will seek to employ staff on a temporary basis.

The survey findings were published as part of the Hays Salary & Recruiting Trends Guide 2023.

The survey received over 1,600 responses from employers and professionals across Ireland between 29 August and 26 September, 2022.

"Despite headlines in recent weeks suggesting a period of economic uncertainty is on the horizon, our 2023 Salary & Recruiting Trends Guide paints a brighter picture and reaffirms that 2022 has been a positive year of economic growth in Ireland," said Maureen Lynch, Operations Director at Hays Ireland.

"Our data shows that, on balance, employers remain optimistic that 2023 will see further economic and job growth across sectors, including accountancy and finance, engineering, and healthcare."

"However, there is no denying that challenges will persist in the year ahead as employers and employees alike continue to grapple with the rising cost of living and inflation and a more cautious mood in the Irish tech sector," Ms Lynch said.

"Skills shortages remain a persistent problem for employers, the majority of whom have had to increase wages to both attract new talent into the workplace and retain in-demand existing employees. This is a trend that shows no sign of slowing down in the year ahead."

Despite some concern over long-term economic prospects, 72% of employers predict an increase in their organisation's expected performance over the coming year.

However, the cost-of-living crisis is still at the forefront of their minds, with 61% indicating that the rising cost of living for staff is the top external challenge they expect to face.

Almost all employers surveyed (92%) said they have faced skills shortages in 2022 - almost unchanged from last year.

Competition from other employers for talent is the main cause of skills shortages (66%), and there has been a rise in employers pointing to fewer employees entering the job market as the main issue in recruiting talent.

The report found that employees at the intermediate and management levels are especially difficult to recruit.

According to the research, 84% of employers have increased their employees' salaries or rates of pay over the last year, compared to just 56% who did so the year before.

Over half say this is a direct result of the rise in the cost of living.

Additionally, 70% of employers offered staff a performance-related bonus this year, and 74% of employers either sometimes or always make counter offers to staff when they inform them of the decision to resign from their position.

In fact, pay remains the top reason employees moved jobs last year (42%) and is expected to be the main driver for employee movement in the year ahead. 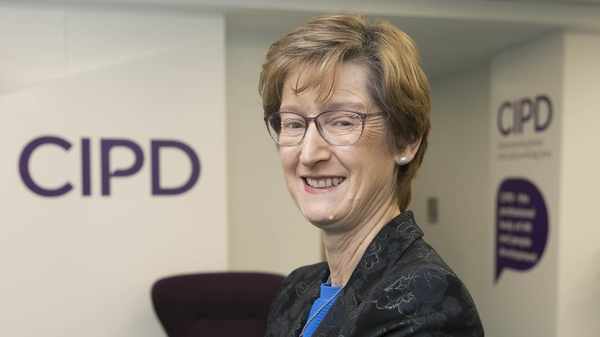