German engineering and technology group Siemens has today posted a better-than-expected fourth-quarter profit for its industrial business and said its factory hardware and software continued to witness strong demand.

The company said it has seen growth in many markets despite a "continuing complex macroeconomic environment influenced by energy shortages and availability concerns stemming from the Russia-Ukraine conflict, high inflation and effects associated with the coronavirus pandemic".

Major disruptions caused by supply chain bottlenecks had been avoided, and the shortages showed signs of easing, it added.

This made the maker of trains, and industrial software confident for the future, saying it expected revenues to grow by 6% to 9% during its 2023 fiscal year.

"Strong demand continues for our hardware and software offerings, including higher than expected growth for our digital business revenue," its chief executive Roland Busch said.

The results of Siemens, and peers like Switzerland's ABB and France's Schneider Electric, are seen as barometers for the global world economy, with their products used to automate factories, manage buildings and develop transport networks.

In the three months to September 30, Siemens's industrial profit rose 38% to €3.16 billion, beating forecasts for €2.79 billion in a company-gathered consensus of analysts.

Helped by a €1.1 billion pretax gain from its sale of the mail and parcel handling business of Siemens logistics, shareholder net profit more than doubled to €2.7 billion.

Siemens will combine five of its businesses into an independent motors and drives company with revenue of around €3 billion, its CEO Roland Busch also said today.

The German engineering company said its large drives applications and Sykatec, a metal component maker and also part of its portfolio companies, will be joined together. 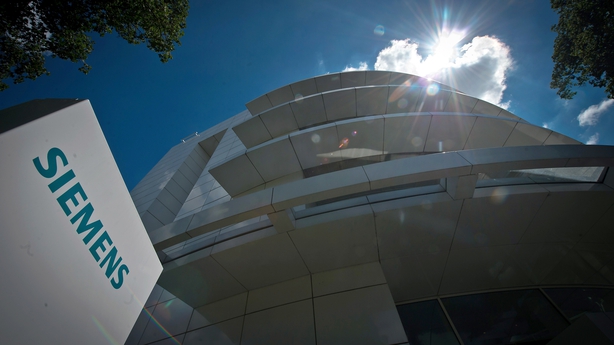 They will be joined with Siemens's high-precision motor spindles unit, Weiss Spindeltechnologie, along with its low voltage motors and geared motors divisions from Digital Industries, after management saw they all share suppliers, customers and technologies.

"We've decided to combine these businesses during fiscal 2023 to form a new company with its own legal setup," Busch told reporters after Siemens reported its Q4 earnings.

"We're convinced that this integrated motors and large drives provider - with high value creation - will be significantly stronger and more resilient than each business would be if it operated independently."

The new company would have 14,000 employees and operate in a market for electrification and power conversion estimated to be worth around €20 billion, Siemens said.

It will compete with Switzerland's ABB and Japan's Yaskawa. Siemens will remain active in the industrial motors business via its servo motors business, which makes motors for robots and integrated production lines.

Busch did not specify if the plan was to ultimately float, spin off or sell the new company.

"The goal is to make the combined business completely independent of Siemens in order to ensure it can reach its full value and margin potential and optimally prepare for future success," he said.