While businesses are still expanding, new data from Intertrade Ireland shows that the pace of growth is slowing as companies feel the pressure of rising prices.

The latest Intertrade Ireland business monitor reveals that 21% of firms surveyed said their business was in decline in the third quarter of this year, compared with 18% during the same period last year.

Meanwhile, 34% of firms said they were growing, compared with 41% last year. 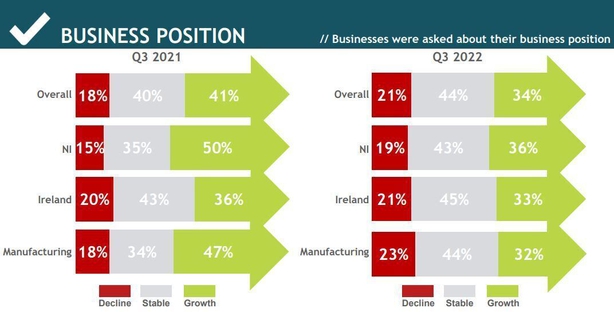 Martin Robinson, InterTrade Ireland's Director of Strategy, said there is a lot of uncertainty in the wider economy - with rising inflation, interest rates and a volatile energy market.

"The road ahead looks to have a number of caution signs for business," Mr Robinson said.

"While the majority of firms that we speak to are in a stable position, the number in growth mode has dropped to just over a third, compared to 41% for the same period last year," he added.

Meanwhile, over a fifth of businesses surveyed expect their sales to decrease in the next six months.

This jumps to 41% for companies in the leisure, hotel and catering sectors.

According to the survey, 73% of businesses have passed on price rises to their customers in the last 12 months.

However, firms are reporting that cost increases have not yet impacted business and consumer confidence quarter-on-quarter.

It remains to be seen what will happen if firms continue to pass on price rises - in particular as 90% of firms expect the rising costs of doing business to persist over the next year.

In terms of Brexit, 27% of firms reported it as an issue in the third quarter, compared to 35% of businesses the previous quarter.

"Half of firms report that they have adapted in full or to a large extent to the changes brought about by Brexit," Mr Robinson said. 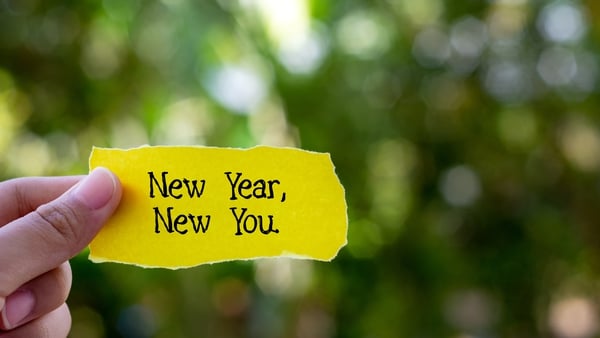