Primark owner Associated British Foods said today it faces "substantial and volatile" input cost inflation that will hit results in its current financial year, taking the shine off a 42% jump in 2020-21 profit.

It said the increase mainly reflecting higher Primark - which trades as Penneys here - sales after the end of Covid-related restrictions.

The group also announced a £500m share buyback programme and an 8% increase to its total dividend.

It said in September that Primark had taken a commercial decision to limit further price increases in its 2022-23 year beyond those already planned, seeking to maintain its value credentials among consumers.

"We have decided to hold prices for the new financial year at the levels already implemented and planned and to stand by our customers, rather than set pricing against these highly volatile input costs and exchange rates," its chief executive George Weston said.

That holding down of prices, combined with higher energy and labour costs as well as dollar strength that reduces its purchasing power, will dent Primark's profit margin, the group said.

AB Foods expects 2022-23 profit in its grocery business, which includes Twinings tea, Jordans cereals, Kingsmill bread and Ovaltine drinks, to be broadly in line with 2021-22.

Profit in the sugar business is expected to be well ahead of 2021-22, it added.

No point raising Primark prices if consumers are cash-strapped - CEO

There is little point raising fashion retailer Primark's low prices when consumers are short of cash, the boss of its owner said today, adding that the group could expand its customer base if rivals take an alternative approach.

He said if Primark raised prices further it would sell less and undermine its value credentials in the eyes of consumers.

Weston said Primark shoppers were generally being cautious on spending and budgeting more.

"People are buying essentials when they need them, not in anticipation of needing them," he said.

However, he noted that cold weather items, such as hats, scarves and coats, and items to keep people warm in the house, such as snuddies and thermal leggings have been selling "incredibly well, because we think people have been trying not to turn their central heating on." 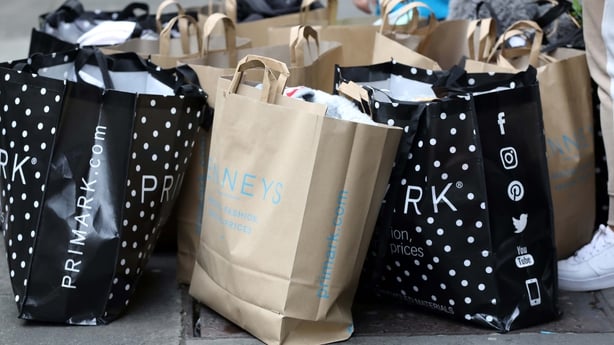 "People are spreading their Christmas purchases across three or four pay days, rather than relying on cash that they have in hand in December," he said.

He said Primark stores in the UK were still performing better than stores in continental Europe.

"Northern Europe has a well developed habit of saving money when they know there's a bill to come, so Germany, Netherlands, Austria are all lagging on the sales front. Spain and Italy are better," he said.