"This comes on the back of strong house prices inflation and the continuing challenge of supply in the housing market," said Brian Hayes, Chief Executive, Banking & Payments Federation Ireland.

There was continued growth in mortgage approvals and drawdowns in the third quarter of this year, according to the latest figures from BPFI.

The report shows the growth was driven by a further jump in mortgage switching. Non-purchase mortgage activity, which includes switching and top-ups, grew by 115.8% in volume terms year on year to 5,081 and by 175.8% year-on-year to €1.29 billion over the same period.

Mr Hayes said this reflects the fact that mortgage customers are seeking out better rates in the wake of the interest rate increases recently announced by the ECB.

September's approvals figures, however, show the pipeline for home purchase mortgages is weaker than earlier this year.

A total of 14,851 new mortgages to the value of €4.05 billion were drawn down by borrowers in July, August and September, representing an increase of 29.4% in volume and 45.7% in value on the corresponding third quarter of 2021.

First time buyers remained the single largest segment by volume (44.3%) and by value (43.9%). "Interestingly when we look at the types of properties being purchased we can see that FTBs have come to dominate the market for new/self-builds accounting for 78.2% of the value of home mortgages on new properties in Q3 2022," Mr Hayes said. 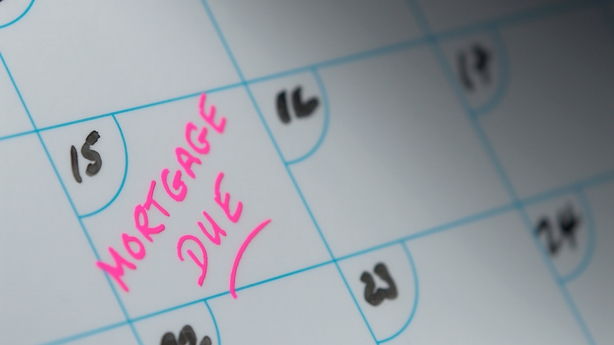 The number of mortgages approved in September fell by 3.5% month-on-month and rose by 12.2% year-on-year.

The value of mortgages approved in September fell by 3% month-on-month and rose by 22.1% year-on-year. Non-purchase mortgage activity, which includes switching and top-ups, grew by 98.7% in volume terms year on year to 1,717 and by 140.2% year-on-year to €443 million over the same period.