Own brand products have been a feature of the grocery shop for a long time – really since the early days of the supermarket.

They're so ingrained in our shopping culture, in fact, that they’ve influenced or vocabulary – as people still use terms like 'yellow pack’ as a byword for cheap or low quality; decades after the Yellow Pack brand has been a thing here.

But in just over a decade, our attitudes towards own brand goods has changed dramatically. We’re no snobby attitude, and in its place is an appreciation for a bargain.

What does ‘Yellow Pack’ actually mean?

Yellow Pack was a generic grocery brand that, as the name suggests, had largely yellow packaging.

On that would be the details of the product, written in a very matter-of-fact way, with a chunky stencil font.
So you might have a yellow box with ‘tea’ on the front, and the weight of the product at the bottom, and that was about it.

It was used by Quinnsworth here in the 1980s - but it gained a bad reputation almost immediately.

It became synonymous with low quality, with some even seeing the purchase of Yellow Pack products as embarrassing.

Where did the idea come from? 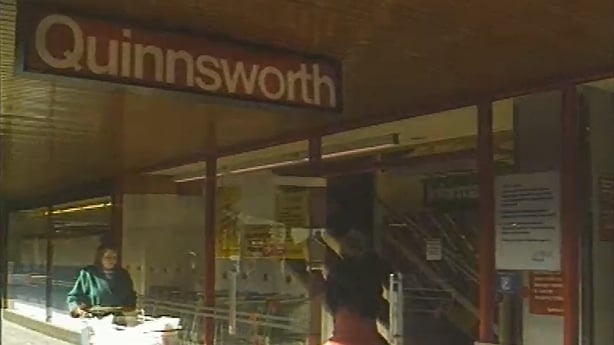 The precursor to the yellow pack range actually came from Canada – but it took a very different angle to the one used here.

It was called the ‘No Name’ range, and it has the similar yellow packaging with basic product names in bold, black print. But rather than this being something embarrassing, this was a point of pride for the makers.

That’s because what it was signalling to the consumer was that they weren’t wasting money on ‘unnecessary’ things like luxurious packaging or expensive marketing, and all of the money saved by that approach was reflected in the price point.
And the No Name range is still going to this day - and they’ve really built on their straight-talking image.

If you look at their social media, everything is written in this very purposefully dry way, as part of a kind of long-running joke. A few years ago they even brought out merchandise - including a yellow, long-sleeve top that just said ‘shirt with long sleeves’ on the front.

Interestingly, the No Name brand comes from Loblaws chain in Canada, which is owned by the Weston family.

They once owned Quinnsworth and Crazy Prices, which is how the concept reached Irish shores. But up until relatively recently they also owned Brown Thomas and Arnotts, and Selfridges in the UK.

So they’ve clearly been well able to target both extremes of the market. 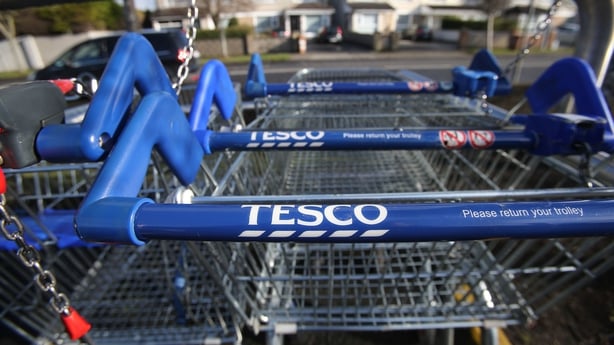 The brand reputation was just too bad - and there was never the same willingness to embrace the proud-to-be-basic approach that was taken in Canada.

In the end Yellow Pack was replaced in the 1990s by KVI - though, to a lesser extent, that became a by-word for cheap and low quality too.

That move has set the scene for the own-brand approach of today, where you have a cut-priced line of goods - often sporting some fairly bland or generic packaging – alongside a premium own-brand line that focuses more on quality (but tries to do so in a way that’s still competitively priced).

If you think of Tesco - which acquired Quinnsworth and Crazy Prices here - it has the Tesco Value range, but also the Tesco Finest range.

In fact there’s actually often a third tier of own brand goods.

Supervalu, for example, has a Daily Basics range, a standard Supervalu range, and then a Supervalu Signature Tastes range for premium goods.

And the growth of what ‘own brand’ means is reflected in our shopping baskets too.

There was a time when we were very wedded to our branded goods - the stuff made by big brands like Kelloggs, Coca-Cola and Cadbury’s. Back in 2005 more than 90% of the average trolley would have been made up of that kind of stuff.

But through a mixture of ‘own brands’ getting better, the stigma attached to them fading, and the consumer facing challenging periods – like the post-Celtic Tiger recession and now an energy crisis - we’ve become far more willing to try out own brands.

According to Kantar, today, own brands represent around half of the average shopping basket - and their sales have been growing significantly in recent months.

All of this must be bad news for regular brands...

It may be for some - though many big names will always have the edge in terms of brand awareness and reputation.

But many of the smaller names may be benefitting, too, because the not-so-secret secret of own brands is that their production is contracted out to manufacturers. It’s not actually done by the supermarkets themselves.

Often the products are actually made by the company that’s behind the branded version that it’s meant to be competing with it.

Is there a way of knowing who’s making what?

Not really - some products will mention the supplier, but it’s all very hit and miss.

It’s probably not in the producers’ interest to be too obvious about the fact that you can get its goods on the cheap, through an own brand label.

But there are some products where you can figure it out – maybe by scrutinising the small print or the letter. Or sometimes through news stories telling you that X company has struck a supply deal with Y supermarket chain, which usually means they’re making some of their own brand goods

What have discounters like Aldi and Lidl done to change own brands? 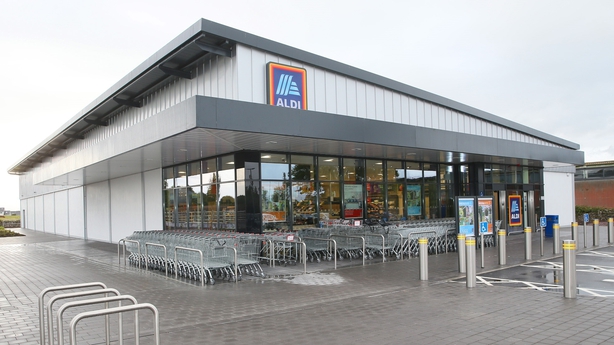 Aldi and Lidl do have their own basics and premium ranges - but alongside that they’ve changed the way the own brand game is played.

You can often spot them through their vaguely pleasant or aspirational names - maybe an Irish surname with ‘farm’ after it, or something meaningless like ‘harvest valley’.

And this is done to give consumers the illusion of variety and choice. But it’s also to avoid having everything in the shop with the same branding and packaging which would probably feel a bit dystopian.

Other supermarket chains have lifted this approach, too.

If you spot a new or unfamiliar brand at your local supermarket, a quick check on the back may reveal that it’s actually an own-brand for that company masquerading as a private label.

What other tactics do supermarkets use to get us to spend money? 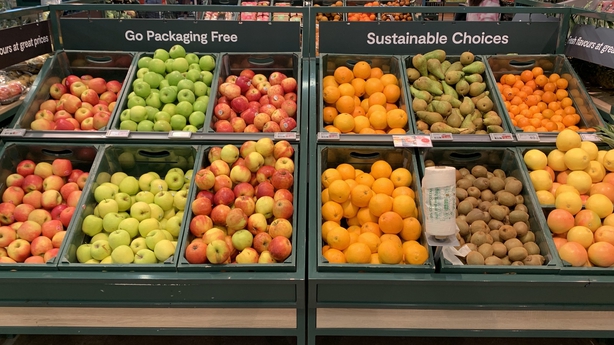 There are so many it’s hard to keep track.

Huge amounts of money and effort goes into trying to find ways to get customers into supermarkets, and get them to spend more time while they’re there.

They may seem fairly bland but supermarkets are actually very carefully crafted buildings, and a lot of thought goes into the layout, as well as the lighting, even the music that’s piped in.

Most people know about the impulse purchases - those tempting items waiting for us at the till - but that’s just the start of it.

For example, a lot of supermarkets will put essentials like milk, butter, bread and eggs, towards the back of the shop - or maybe they’re scattered in what seem to be random spots around the place.

But it’s not random at all - it’s to ensure that, even if you just want to grab the basics, you have to walk by all the other products and "fantastic" special offers.

One exception to that is if the shop has a bakery - in which case they’ll generally put the bread at the entrance, so the smell of fresh-baked goods hits you the second you arrive.

The fruit and veg tends to go towards the front, too, because it’s fresh, healthy, full of colour - so all very appealing to our monkey brains.

What about the way products are shown on the shelves?

A lot of thought goes into where things go in the aisles – right down to the shelf they’re put on.

Retailers will put the item they want you to buy (maybe it’s the one that has the biggest margin for them) at eye level. That’s because we’ll often just grab the first thing we see, even if there are 10 different varieties on the lower shelves that are better value.

And because of that, the producers will do what they can to ensure they get the prime slot in an aisle.

Do supermarkets charge for those ‘prime’ spots? 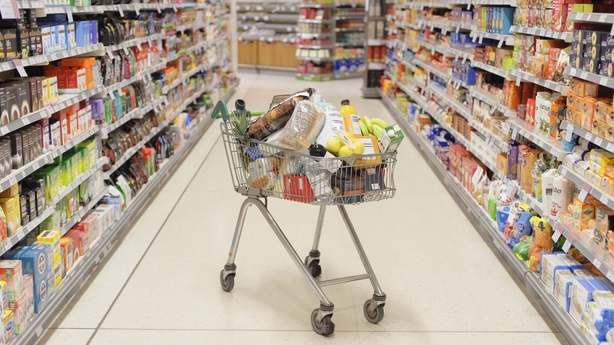 This is a bit of a murky world.

There used to be what’s called ‘hello money’, which was a fee that supermarkets demanded from producers who wanted to get on their shelves - and you’d pay more for the prime slots.

That’s been illegal for years now, but there are other ways that retailers can get what they want.

For example, a retailer will negotiate with a supplier to get their goods at as low a wholesale price as possible. This, of course, allows them to offer a better price to consumers, but it also helps to give them a healthy margin in the process.

And these can be complex arrangements - maybe it includes an agreement to offer goods on special offer from time to time, or to have in-store promotions and displays.

But what it often boils down to is ‘if you give us your goods at the right price, we’ll make sure to make them as attractive as possible to the customer’.

It is a bit of a balancing act, though. Supermarkets also know they need to have the big brands - the ones that people look for - easy to find. Failing to do that could see customers going elsewhere.

But despite that we’ve seen cases in the recent past of retailers playing hard ball, even with big names.

For example, Tesco in the UK recently delisted many Heinz products from its stores, because of a disagreement over a price increase.

What about the special offers they make a big deal of? 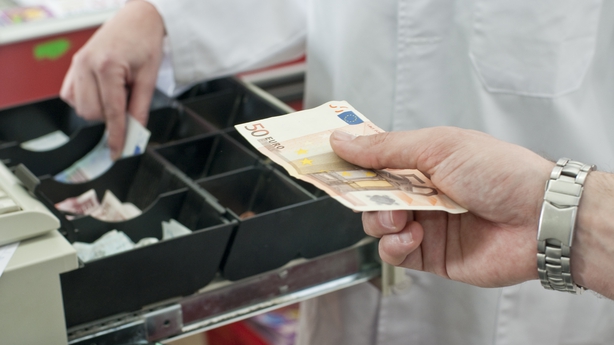 This is a minefield, too.

The special offers are usually really eye-catching – they use lots of yellow or red labels to draw attention. They’re often placed at the ends of the aisles, too, so you see them even if you’re just passing through on your way to get a loaf of bread and a litre of milk.

And sometimes they are genuinely good value - but often they’re just tempting us to spend more.

Ultimately you have to bear in mind that the retailer may not be making a big splash about a special offer because it’s the best value for you - but because they’ve done a deal with the producer to get a better margin on the goods.

A good example is the three for two offer – maybe it’s a good deal, but if you were only going to buy one in the first place, you’re not saving money, you’re spending twice as much. Or maybe you weren’t going to buy the item at all until you saw the deal, in which case you’re spending a lot more than you planned.

As a customer you need to be alert to the same kind of issue with quantities - a 20 pack of something is on special offer, but if you look closer you’ll see that two ten packs actually cost you less.

Sometimes working out the best value of something requires you to break out your calculator and do some sums – a and the retailer hopes that people can’t be bothered.

Retailers and producers know that when we see the likes of a big red or yellow sticker on a product we assume it’s a special price.

So sometimes they put a big one on there, even though it’s just displaying the regular price, rather than any kind of discount.