Most of us have been peering at our gas and electricity bills through our fingers in recent months.

And the fear that accompanies the arrival of what increasingly resembles a mortgage repayment is about to intensify even further.

Some have already reported receiving utility bills that are two to three times what they were paying last year.

However, the very structure that's costing us this money - our homes - could be the key to reducing our bills and even making some money in the process.

The Government has in recent months put in place a scheme to allow homeowners to sell excess energy generated from solar panels or other means back to the grid.

The Government's Climate Action Plan sets a target of 2.5GW (Gigawatts) of energy coming from solar by 2030.

It's hoped that the Microgeneration Support Scheme (MSS) could contribute about 380MW (Megawatts) to this, which would roughly equate to over 1 million solar panels on around 70,000 buildings.

Legislation enabling the scheme was signed into law in February before coming into effect in July.

Under the MSS, householders can receive a payment per Kilowatt Hour of the extra energy that they generate and sell back to the grid.

And the payments could be backdated to mid-February, or when the microgenerator became eligible for the scheme if after that.

Many suppliers have not yet started payments, despite promising to have commenced it by August, but it's expected that the payment process will get underway soon.

So, how many households are generating their own energy?

According to a study by the MaREI Centre in UCC, about 24,000 homes have already begun the transition to solar.

The study concluded that up to 1 million homes in Ireland could realistically transition to solar energy by 2030, which is significantly higher than the Government's own targets of having 250,000 new rooftop solar systems installed by that date.

They made the calculation using the total number of houses with adequate roof space for ten solar panels and with suitable orientation while excluding vacant properties and apartments other than those on the top floors of complexes.

That equates to enough energy to power one in four of all Irish homes, it concludes, achieving around 8% of our renewable energy targets while eliminating an estimated 135,000 tonnes of greenhouse gas emissions. 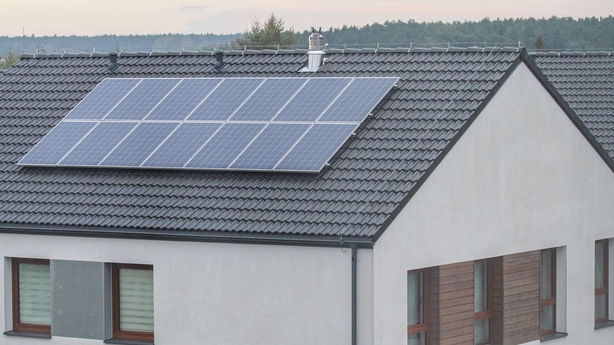 How much does it cost to install solar panels?

There are many variables including the size of the house, the number of panels that can be accommodated, and how much energy you wish to generate with your solar panels, but the standard installation of around 6 panels is estimated to cost around €5,000.

A grant of up to a max of €2,400 (depending on the size of the system and the amount of power it generates) is available from the Sustainable Energy Authority of Ireland bringing the outlay down to around €3,000 for the standard project.

The benefit for the typical family would be that it produces up to 40% of the household's annual electricity needs which would offset between €400 and €450 per year - and even more in the current pricing climate.

"If you're offsetting about €400 on your electricity, the payback is somewhere between 7 and 10 years," Paul Deane, Senior Research Fellow in clean energy futures with the MaREI Centre in UCC estimates.

"It's a relatively decent payback because after the system has paid for itself, you're producing free or low-cost energy for the next 20 years or so," he added.

That return could potentially be accelerated considerably if energy costs stay at their current level.

If I'm not covering the full energy usage of the property, how could I be generating excess energy for the grid?

Energy generation from solar operates on a 'use it or lose it' basis.

So, much of it already ends up going back to the grid, essentially free of charge.

This new system will essentially reward the householder for this contribution to the nation's electricity production.

Some householders will have a diverter installed which will direct some of the excess energy to generate hot water, for example.

It can also be sent to battery storage which will store some energy as a surplus.

However, the more energy that's retained in the house, the less that goes back to the grid that the householder can be rewarded for.

Again, in light of current energy costs, the retention of as much energy in the house as possible is likely preferable.

The government recently eliminated the €600 grant for battery storage in anticipation of the introduction of the MSS which will reward householders for their energy contribution. 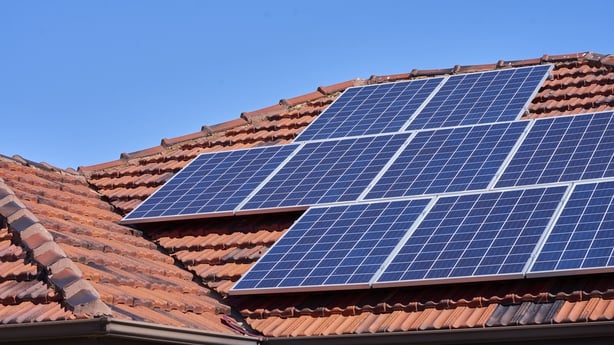 How much could I get for generating electricity for the grid?

The participating energy suppliers plan to pay different amounts, but some are more generous than others varying so far from 13.5 cent per kilowatt hour to up to 20 cent.

There are a lot of variables governing what a microgenerator might be able to sell back to the grid including the size of the house, the number and size of solar panels on the property and the amount of energy they are capable of producing and using.

The first €200 is tax free but anything above that will be taxed as earnings.

It's not a King's ransom by any stretch but when the home is already well on its way to becoming largely energy self-sufficient, it will provide a nice contribution towards the rest of the property's energy costs.

And, apart from the cost benefit, collectively it will make a significant contribution towards meeting the country's renewable energy and carbon reduction targets.

Will the grants be there for the long term, or should I do this as soon as I can?

In light of the rate at which energy costs are increasing, it could be a savvy investment in the home right now, particularly if spare cash is available.

"Every Kilowatt hour that you don't have to buy in is a saving," Pat Smith, Chairman of the Micro-Renewable Energy Federation pointed out.

"If you put in solar PV, it will be the only investment in your home that will give you an annual payment for any surplus payment to the grid, that will reduce an energy bill that's rising, and it will improve the value of your home in the context of its resale value," he added.

He said he believed the elimination of the battery grant was a regressive step that could signal further reductions in the grants in the years ahead as more and more people seek to have the technology installed.

He argued that the grants should be increasing in value as the cost of installing solar technology was steadily rising across the world.

He was also critical of the decision to end grant supports for solar panel installations by businesses, a move which, he said, 'made no sense'.

"They'll benefit from the feed-in tariff, but they're being denied grants and supports to adopt microgeneration going forward," he explained.

"We've hundreds of businesses that are under immense pressure. The Government should be providing easily accessible grants to all businesses to try to get them to generate renewable energy," Pat Smith argued.

He added that solar microgeneration was a 'quick fix' and one that could be implemented very quickly.

"Offshore wind could be 5 or 6 years down the road," he pointed out.

Solar is also relatively low maintenance compared to wind generation as there are no moving parts and the output is considered to be predictable.

While we don't live in the warmest or sunniest climes, despite beliefs to the contrary, we get quite a large amount of natural light in this country.

As well as harnessing it for our own household energy needs, we'll soon be able to generate a small income from it.