China's economy showed surprising resilience in August, with faster-than-expected growth in factory output and retail sales shoring up a fragile recovery, but a deepening property slump weighed on the outlook.

The better-than-expected figures show the world's second-largest economy is gaining some steam.

This comes after it narrowly escaped a contraction in the June quarter and lifted its recovery prospects marginally for the rest of the year.

Industrial output grew 4.2% in August from a year earlier, the fastest pace since March, according to the National Bureau of Statistics (NBS).

That was better than a 3.8% increase expected by analysts in a Reuters poll and July's 3.8% expansion.

Chinese retail sales rose 5.4% from a year ago, the quickest in six months and also beating forecasts for 3.5% growth and the 2.7% gain in July.

"This is due to a lower base for comparison - the Delta wave was weighing on economic activity in August 2021," said Julian Evans-Pritchard, a China economist at Capital Economics. 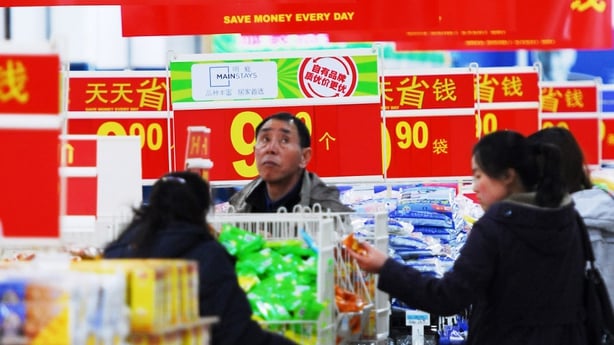 Although the upbeat data lifts some of the gloom hanging over the sluggish recovery, which had been clouded by weak trade data and slow credit growth, the economist does not expect the strength to sustain into September

"And while the current virus wave may have peaked, activity is set to remain weak over the coming months amid the deepening property downturn, softening exports and recurring Covid-19 disruptions," he said.

The auto industry was a big driver of both factory output and retail sales, with new energy vehicle production surging 117%, helped by government incentives for cleaner cars.

With few signs China will significantly ease zero-Covid soon, some analysts expect the economy to grow just 3% this year, which would be the slowest since 1976, excluding the 2.2% expansion during the initial Covid hit in 2020.

"Since the start of this year, the situation facing economic development has become more complex and severe than that in 2020," NBS spokesperson Fu Linghui said, citing the risk of a global downturn and challenges around China's Covid controls. However, he said recent policy support was having some effect. 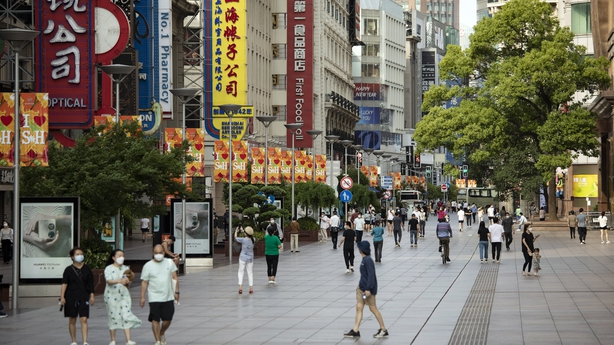 In contrast to the upbeat activity data, the property sector contracted further in August as home prices, investment and sales extended losses.

Property investment last month fell 13.8%, the fastest pace since December 2021, according to Reuters calculations based on official data.

Once a key driver of economic growth, China's property market has lurched from crisis to crisis since mid-2020 after regulators stepped in to cut developers' excess leverage.

The property woes have weighed on the world's second-largest economy, with policymakers now scrambling to prevent a protracted downturn.

Amid weak consumer and business confidence, companies are wary of expanding and hiring more workers.

The nationwide survey-based jobless rate eased slightly to 5.3% in August from 5.4% in July. Youth unemployment stayed high at 18.7%, after reaching a record 19.9% in July.

Policymakers have announced over 50 economic support measures since late May and stressed this quarter was a critical time for policy action.

Complicating the case for looser monetary support, however, are rapid declines in the yuan against the US dollar, which has worried policymakers.

The yuan weakened past the psychologically important 7 per dollar level for the first time in two years today, pressured by a buoyant dollar and strong market expectations for an even more aggressive US interest rate hike next week.

Bruce Pang, a chief economist at Jones Lang Lasalle, does not expect China's central bank to cut interest rates in the near term.

Easing could instead come through liquidity measures and support for manufacturing and green investment.

"Other policy options, including a reserve requirement ratio cut, remain on the table," Pang said.

Others expect a cut in the benchmark loan prime rate, after China's large banks lowered deposit rates, which could ease pressure on margins.

Analysts expect more disruptions from tighter Covid controls in September before the ruling Communist Party's Congress that starts on October 16, where President Xi Jinping is poised to break with precedent and secure a third leadership term.

A new economic leadership team, which would likely step up next year, will inherit a range of challenges, including questions on how to unwind what many see as an unsustainable zero-Covid policy, the property crisis and tensions with Washington.