Households in the UK will pay no more than £2,500 a year on their energy bills over the next two years, according to new prime minister Liz Truss.

It is part of a new plan that Ms Truss has announced to cap soaring consumer power bills and promote new sources of energy. It is expected to cost £100 billion-plus.

The package is designed to limit the economic shock caused by the war in Ukraine.

The Conservative Party leader said that businesses will be supported on energy costs for an initial six months and that vulnerable sectors, such as hospitality, will get longer support.

As expected, a moratorium on fracking will be lifted and allowed with it has "community support".

She repeated her previous claim that she would not "give in" to calls for a greater windfall tax, as she claims it would undermine the development of homegrown energy supplies.

'This is a moment to be bold," Ms Truss told the House of Commons, adding that long-term energy contracts with suppliers are being negotiated.

"I will end the short-termist approach to energy supply," she added.

Ms Truss said that energy policies in recent decades did not focus enough on securing supplies.

The prime minster also announced two detailed reviews; the first into energy regulation to "fix the underlying issues" and a review to ensure the UK delivers net zero in a "pro-business, pro-growth way".

With Britain facing a lengthy recession sparked by a near quadrupling of household energy bills, Ms Truss - appointed prime minister on Tuesday - has said she will take immediate action to protect consumers.

A jump in government borrowing to fund the support package plus a pledge by Ms Truss to cut taxes has rattled financial markets. The pound fell against the dollar yesterday to levels last hit in 1985.

Deutsche Bank said the energy price offset and the promised tax cuts could cost £179 billion, or about half of the amount Britain spent on the Covid-19 pandemic. 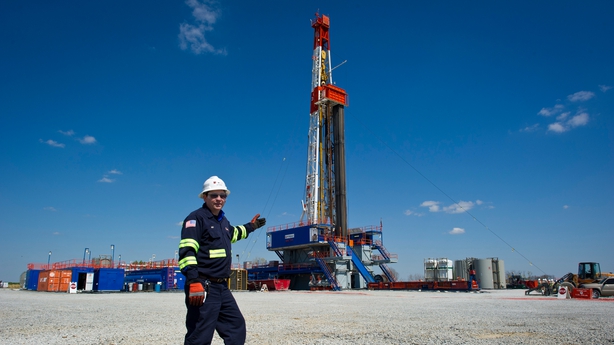 With industrial unrest also spreading, Ms Truss faces one of the most daunting sets of challenges for an incoming leader in Britain's post-war history.

Her plan is expected to cool inflation - which at 10.1% is already the highest of any leading economy - but it will add more than £100 billion to Britain's borrowing, putting more strain on public finances with the energy crisis possibly lasting into next winter.

It also marks a major turnaround from her rejection of "handouts" during the early stages of the Conservative Party leadership campaign.

Charities had warned that millions of households face destitution this winter if the cap on average energy prices were allowed to jump 80% in October and again in winter.

Companies are also at risk. Many have received new energy bills that they say threaten to put them out of business.

According to two sources familiar with the government's discussions, Ms Truss will announce dozens of new North Sea exploration licences in a bid to boost domestic production.