Today's figures show that household spending recovered after a half of year of stagnation despite the squeeze on disposible income from spiraling inflation.

The European Union's statistics office Eurostat said gross domestic product in the 19 countries using the euro rose by 0.8% quarter-on-quarter and by 4.1% from a year earlier.

In mid-August, Eurostat had estimated figures respectively of 0.6% and 3.9%.

While Germany registered nearly no growth, France expanded by 0.5% from the previous quarter and both Italy and Spain by 1.1%. Growth was strongest in the Netherlands at 2.6%.

Some countries, such as Finland and Portugal, revised up their growth estimates, while Ireland and Greece reported solid expansion after having no estimates in mid-August. 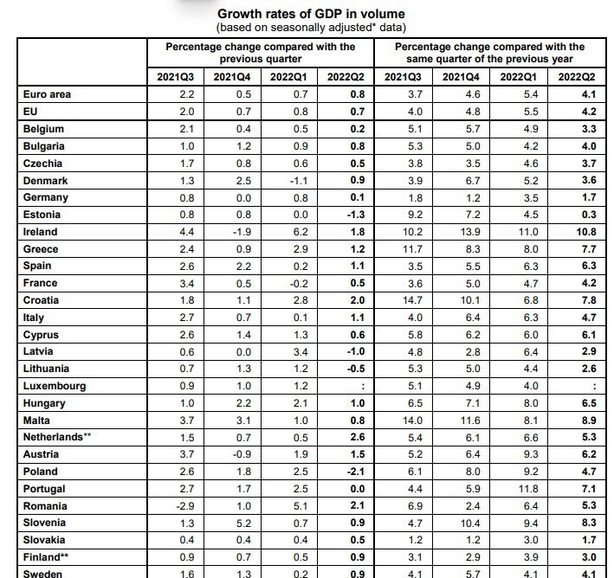 According to a Reuters poll, employment had been expected to rise 0.3% quarter-on-quarter and rise 2.4% year-on-year.