Total economic losses caused by natural disasters hit an estimated $72 billion in the first half of 2022, fuelled by storms and floods, Swiss reinsurance giant Swiss Re estimates.

Though the figure is lower than the $91 billion estimate for the first six months of 2021, it is close to the 10-year average of $74 billion, and the weight is shifting towards weather-induced catastrophes.

"The effects of climate change are evident in increasingly extreme weather events, such as the unprecedented floods in Australia and South Africa," said Martin Bertogg, Swiss Re's head of catastrophe perils.

The Zurich-based group, which acts as an insurer for insurers, said the losses were also propelled by winter storms in Europe as well as heavy thunderstorms on the continent and in the US.

So-called secondary natural disasters like floods and storms - as opposed to major disasters such as earthquakes - are happening more frequently, the reinsurer said.

"This confirms the trend we have observed over the last five years: that secondary perils are driving insured losses in every corner of the world," Bertogg said.

"Unlike hurricanes or earthquakes, these perils are ubiquitous and exacerbated by rapid urbanisation in particularly vulnerable areas," he said.

"Given the scale of the devastation across the globe, secondary perils require the same disciplined risk assessment as primary perils such as hurricanes," he added.

Swiss Re said floods in India, China and Bangladesh confirm the growing loss potential from flooding in urban areas.

Man-made catastrophes such as industrial accidents added on a further $3 billion of economic losses to the $72 billion from natural disasters, taking the total to $75 billion - which is down on the $95 billion total for the first half of 2021.

Total insured losses stood at $38 billion - $3 billion worth of man-made disasters and $35 billion worth of natural catastrophes - up 22% on the 10-year average, said the Swiss reinsurer, warning of the effects of climate change.

February's storms in Europe cost insurers $3.5 billion, according to Swiss Re estimates. 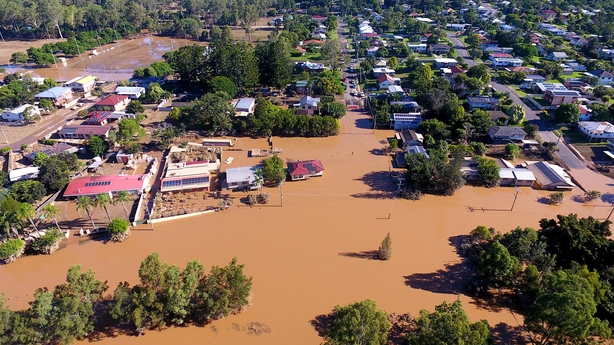 Australia's floods in February and March set a new record for insured flood losses in the country at so far close to $3.5 billion - one of the costliest natural catastrophes ever in the country.

Severe weather and hailstorms in France in the first six months of the year have so far caused an estimated €4 billion of insured market losses.

The Swiss group also mentioned the summer heatwaves in Europe, which resulted in fires and drought-related damage, without providing estimates at this stage.

A warming climate is likely to exacerbate droughts and thereby the likelihood of wildfires, causing greater damage where urban sprawl grows into the countryside, Swiss Re said.

"Climate change is one of the biggest risks our society and the global economy is facing," said the group's chief economist Jerome Jean Haegeli.

"With 75% of all natural catastrophes still uninsured, we see large protection gaps globally exacerbated by today's cost-of-living crisis," he added.