Investors are gauging whether the US Federal Reserve has reached the peak of its aggressiveness in hiking rates, with some saying they're ready to up risky positions again.

The Fed delivered its second straight 75 basis point rate increase on Wednesday, but Chairman Jerome Powell suggested the central bank could slow the pace of its rate increases in coming months if there is evidence that tighter monetary policy is taming the worst US inflation in four decades.

Plenty of investors believe inflation will prove tenacious and force the Fed to maintain a hawkish posture well into next year.

Others, however, are hoping that Wednesday's comments may imply the end of market-bruising monetary tightening is finally in sight, amid evidence parts of the economy are slowing after the Fed raised rates by a total of 225 basis points.

"The Fed comments incrementally validate that we are a little bit comfortable with risk," said Pete Duffy, chief investment officer at Penn Capital.

Chances that the Fed would deliver a 50-basis point hike in September – rather than a third 75 basis point increase - shot to 65%, from just under 51% on Tuesday.

Stocks extended their rally, with huge gains in tech and growth shares powering the Nasdaq to a 4.1% gain on Wednesday, its biggest daily percentage gain since April 2020. The benchmark S&P 500 is up nearly 10% from its mid-June low, after falling as much as 23.6% in the first half of the year.

Colin Graham, head of multi-asset strategies at asset manager Robeco, which oversees $228 billion in assets, said Wednesday’s meeting reinforced his bullish outlook and bolstered his confidence that policymakers will get inflation under control.

It was a sentiment echoed by Blackrock's Rick Rieder, who in a statement said "it certainly seems like slowing down the pace of policy tightening would be possible given what we heard today".

He expects a 50 basis point increase at the Fed's September meeting and "possibly one or two more 25 bps rate hikes" thereafter.

"I think the Fed has sort of caught up," said Van Hesser, Chief Strategist at KBRA.

"They've convinced the markets that they understand the gravity of the situation, and have acted accordingly."

Of course, many investors are wary of calling a peak in Fed hawkishness, after a year in which inflation has repeatedly surprised markets and forced policymakers to ramp up their monetary tightening. 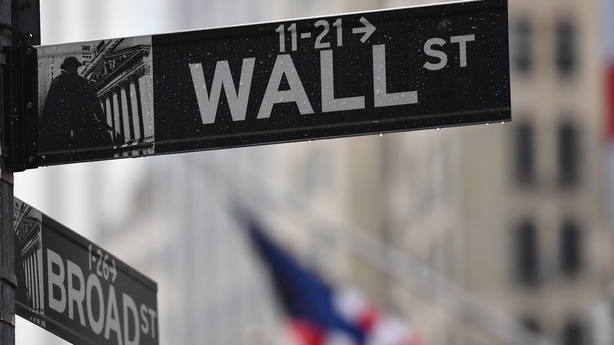 Doug Fincher, portfolio manager at Ionic Capital Management, believes inflation is far from subsiding and that the economy may enter a period of stagflation - a toxic combination of high inflation and slowing growth – if the Fed deviates from its hawkish path.

"The concern is that inflation is still going to be with us... and if inflation is endemic, you need to raise rates," said Fincher, who is looking to add Treasury Inflation Protected Securities, or TIPS, to his portfolio.

The Fed's latest hike has brought its benchmark overnight interest rate to a 2.25%-2.50% range, which Fed officials have indicated as a level that has a neutral economic impact.

With the Fed offering little specific guidance on what to expect next, economic data will continue being a key catalyst for market moves during the eight weeks until the Fed meets again, investors said.

Duffy of Penn Capital believes that is likely a healthy development.

"The markets are relieved because if we get some soft economic data, the Fed will probably relax their hikes a little bit," he said.

Here's a look at where decision makers stand in the race to contain inflation.

The Fed on Wednesday said high inflation is "reflecting supply and demand imbalances related to the pandemic, higher food and energy prices, and broader price pressures."

Data last week showed US consumer prices accelerated 9.1% in June, the largest annual increase in inflation in more than 40 years.

The Bank of Canada meanwhile this month delivered the first 100-basis-point rate increase among the world's advanced economies in the current policy-tightening cycle. It lifted its key policy rate to 1.5%.

With latest data showing annual inflation at 8.1% in June, the highest in 39 years, analysts reckon another big rate hike is likely.

The Reserve Bank of New Zealand delivered its sixth straight rate rise on July 13, lifting the official cash rate by 50 bps to 2.5%, a level not seen since March 2016.

It remains comfortable with its planned aggressive tightening path to restrain runaway inflation.

The Bank of England will almost certainly hike rates for a sixth time in August following data showing inflation in June surged to a 40-year-high of 9.4%. read more

It will likely shy away from a bigger rate rise and stick to the more 25 bps increases it has been delivering, but it is a very close call, according to a Reuters poll.

Norway, the first big developed economy to kick off a rate-hiking cycle last year, raised rates by 50 bps on June 23 to 1.25%, its largest single hike since 2002 read more .

The Norges Bank plans to raise rates by 25 bps at each of its four remaining policy meetings in 2022, although larger increments are also possible, Governor Ida Wolden Bache said.

Data on Wednesday showing Australian inflation sped to a 21-year last quarter has cemented expectations for a 50 bps rate hike when the Reserve Bank of Australia meets on August 2. read more

It has raised its key rate three months in a row to 1.35% and markets are leaning towards a 75 bps rate move next week.

Another late-comer to the inflation battle, Sweden's Riksbank delivered a half percentage-point interest rate hike on June 30 to 0.75%, its biggest hike in more than 20 years. read more

As recently as February, the Riksbank had forecast unchanged policy until 2024, but governor Stefan Ingves now expects rates to hit 2% in early 2023 and said 75 bps moves are possible.

The European Central Bank on Thursday hiked its deposit rate by 50 bps -- more than expected -- in its first rate rise since 2011 to fight soaring inflation. The move to raise rates to 0% ended an eight year experiment with negative rates.

The bank also promised further rate hikes possibly as soon as its next meeting on September 8.

Recent franc weakness has contributed to driving Swiss inflation towards 14-year highs and SNB governor Thomas Jordan said he no longer saw the franc as highly valued. That has opened the door to more rate hikes.

Japan is the holdout dove. The Bank of Japan last week maintained ultra-low interest rates of -0.1% and signalled its resolve to keep them that way even as it projected inflation would exceed its target this year. read more

BOJ Governor Haruhiko Kuroda said he had no plan to raise rates or hike an implicit 0.25% cap set for the bank's 10-year bond yield target, because Japan was still recovering from the pandemic and its terms of trade had worsened.