An Bord Pleanála has deferred making a decision on contentious plans for a €466 million 881 unit apartment scheme that property giant Hammerson is proposing to build in Dundrum.

The appeals board was due to make a decision on the scheme today, Monday, July 25th.

Planning law provides for the appeals board to issue a decision 16 weeks after plans have been lodged.

However, the board last week wrote to parties to inform them that "unfortunately, it has not been possible to determine this case within the statutory period".

The Hammerson Dundrum scheme was one of 12 Strategic Housing Development (SHD) decisions due for decision today.

However, the appeals board has deferred decisions relating to all cases comprising 5,108 residential units as it struggles to meet the strict timelines laid down by the SHD legislation.

In another high profile case that was due for decision in recent days, the appeals board has also deferred a decision on plans by the Land Development Agency for 977 residential units at the Central Mental Hospital in Dundrum.

The letter concerning the Hammerson Dundrum case - in common with the letter deferring the LDA scheme for the Central Mental Hospital - does not include a revised target decision date.

In the case of the Hammerson Dundrum scheme, Dun Laoghaire Rathdown County Council has recommended a comprehensive planning refusal.

The scheme is facing widespread local opposition with eight residents’ associations and one primary school amongst the 705 objections to the planned SHD. 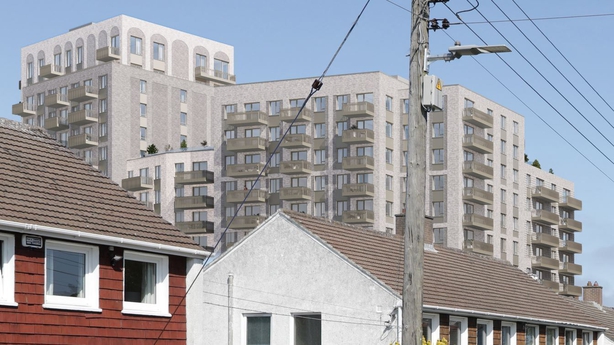 Underling the dept of local feeling against the scheme, local residents have variously described the scheme in objections as 'appalling', ‘destructive’, ‘a visual catastrophe’, ‘a vertical sprawl’, ‘an eyesore', ‘a concrete jungle’, ‘monstrous’ and ‘a developer’s dream’.

The Council recommended grounds of refusal in the 126 page chief executive’s report echo many of the points of objection made by local residents.

The report recommends refusal under the headings of 'zoning and land use’; ‘flood risk’, ‘building design and architectural impact’, ‘community infrastructure’; ‘quality of residential development’ and 'transportation and movement’.

The council has recommended refusal due to the low quantum of non-resident uses and contend that the scheme could result in a major town centre with substandard provision of services with negative repercussions for the wider area.

The designers of the scheme state that the vision is to deliver a contemporary and vibrant place to live, underpinned by the re-establishment of the traditional shopping thoroughfare along Dundrum Main Street.