The euro dropped below parity against the dollar today for the first time in almost two decades, as a hawkish US Federal Reserve and growing concern about rising recession risks in the euro area continued to batter the currency.

The latest slide came after another hot set of US inflation data.

Europe's single currency started this year on a strong note given a post-pandemic economic recovery.

But Russia's invasion of Ukraine, surging European gas prices and fears that Moscow could cut off supplies further has raised the spectre of recession and hurt the euro.

"Gas rationing, stagflation, an expected recession, they are all good reasons to be bearish on the euro," said Stuart Cole, head macro economist at Equiti Capital in London before the euro crossed that threshold.

He added that these factors will make it harder for the European Central Bank to hike interest rates, further widening the interest-rate differential with the United States.

Since becoming available freely in 1999, the single currency has spent very little time below parity.

Within its relatively short two-decade history, the euro is the second most sought after currency in global foreign exchange reserves and daily turnover in the euro/dollar is the highest among currencies in the global $6.6 trillion-per-day market.

The euro's slide is a headache for the ECB.

Allowing the currency to fall only fuels the record-high inflation the ECB is battling to contain.

But trying to shore it up with higher interest rates could exacerbate recession risks.

The ECB has so far played down the issue, arguing that it has no exchange rate target, even if the currency does matter. Also on a trade-weighted basis - against its trade partners' currencies - the euro is down only 3.6% this year.

The euro fell yesterday as the war in Ukraine triggered an energy crisis that has hurt the continent's growth outlook.

It dropped as low as $1.00005 on the most widely used Electronic Broking Services' dealing platform and touched $1 on Reuters dealing overnight. 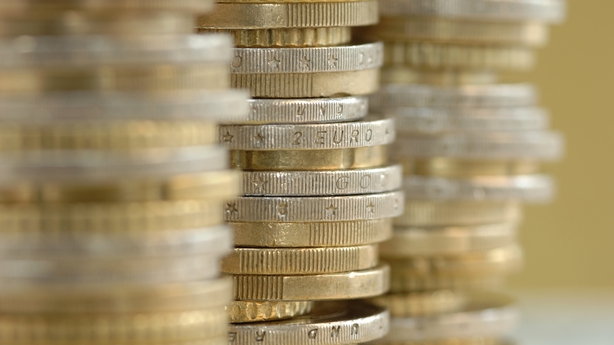 Ronan Costello, Head of FX Strategy with Bank of Ireland said the euro hit parity with the dollar very briefly, "it was for a matter of seconds and then it bounced higher again, but it is still trading very close to parity and it's likely to trade back down there in the near future".

He explained that the euro has had very little going for it over the past 12 months and there has been a very strong move into the dollar.

"If you look at the currencies that have done well this year, they've done so for a number of possible reasons. Some because they have benefitted from higher commodity prices so the improvement in their terms of trade has attracted capital into their currencies," Mr Costello said.

"Other currencies are seen as safe havens in times of conflict, and finally you have high yielding currencies or currencies that have attracted capital on the basis of higher deposit or investment rates, and the problem for the euro is it hasn't been benefitting from any of these factors for the past 12 months, so it has been comfortably outperformed by the US which is not just a safe haven currency but also one that offers a much higher deposit rate than the euro."

Economists forecast headline US inflation accelerated to 8.8% year-on-year in June, a 40-year high, which is likely to reinforce expectations of interest rate hikes and help the dollar.

The euro fell below parity with the Swiss franc last month and is flirting with a drop beneath its 200-day moving average against the pound.

Weakness in the euro and yen has lifted the US dollar index, which scaled a two-decade peak of 108.560 this week and was hovering at 108.18 in Asia trade today.

The Japanese yen has taken a beating this year as the Bank of Japan sticks with its ultra-easy monetary policy in contrast with tightening nearly everywhere else.

Sterling has also slipped on the stronger dollar and analysts see it adrift in the wake of the resignation of British Prime Minister Boris Johnson last week. Eight Conservatives are vying to succeed Johnson.

"The combination of slow growth, debt and high inflation is likely to prove very tricky for the new Tory leadership," said Rabobank senior strategist Jane Foley. "Sterling may suffer a lack of fresh direction until the new PM is in place."