The organisation which manages Ireland's national debt has said the country's borrowing position remains strong, despite the rising cost of servicing it.

In a mid-year update, the National Treasury Management Agency (NTMA) said that because of its multi-year programme of pre-funding and its decision to take advantage of historically low rates in recent years, it now has €30 billion in cash.

This will lower the need to borrow at higher rates in the coming years.

The debt also has a long average maturity of 10.7 years, the NTMA added, making it one of the longest in Europe.

This reduces the risk of refinancing as markets expect rates to continue to increase, it claimed.

Just 4-7% of Ireland's debt stock requires refinancing every year over the next decade.

This has been assisted by three positive ratings agency upgrades between January and June.

"Whilst the cost of servicing Ireland's debt will increase from 2022 onwards, Ireland's borrowing position remains strong with a significant cushion in place to mitigate the impact of higher borrowing rates," Frank O’Connor, the NTMA's CEO, said.

Mr O'Connor added that it was very difficult to forecast in the current environment what those rates would be.

The organisation also said that 60% of the country’s target range of €10-€14 billion funding requirements for this year had been completed before interest rates began their upward trajectory.

As a result, the expectation is that the average rate on Irish sovereign debt will remain close to 1.5% in 2022, with the interest bill similar to last year.

Asked whether the surplus corporation tax should be used to pay down the national debt or put into a Rainy Day fund, the Minister for Finance said it was a matter that the Government would have to consider later in the year in the context of the Budget.

"What we have done is publish a Summer Economic Statement that indicates the possibility of a small surplus for next year and the expectation of an even smaller one for this year or even more likely being in a position of balance," Paschal Donohoe said.

"But we will make a decision in the run up to the Budget regarding how we will handle that, and it is of course tied into the decisions that the Government could make regarding additional economic supports to households in the context of the great challenge we now face with the cost of living." 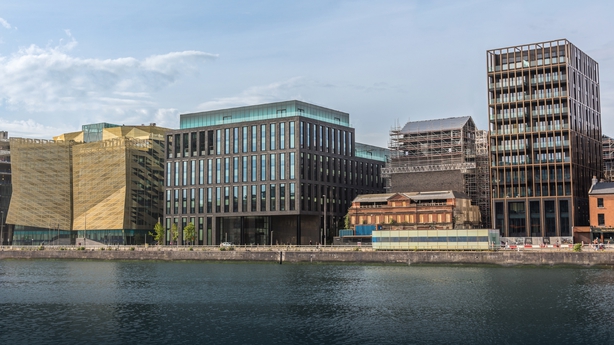 The NTMA boss made the comments as the agency also published its annual report for 2021.

It shows that during 2021, the Ireland Strategic Investment Fund (ISIF) made a return of 10.7%, with investment gains of €900m.

ISIF made 25 investments totalling €670m last year, bringing its total commitments to €5.6 billion across 166 investments and €9.4 billion of co-investment commitments since inception.

A further €477m in investments have been made so far this year.

It also completed work on two new academic buildings at the new Technological University of Dublin campus at Grangegorman.

"It also continued to support State authorities on the management of litigation risks - with Covid-19 related work remaining a significant element of the SCA’s risk and indemnity advisory activities through the year," he stated.

59% of claims were resolved without court proceedings being served.

The Minister for Finance welcomed the contribution of the NTMA last year.

"The agency has played a decisive role in engaging with stakeholders, communicating the strength of the State’s financial position to market counterparties, and ensuring that the State’s borrowing requirements are met," he said.