The Workplace Relations Commission has ruled that Permanent TSB discriminated against a deaf customer by refusing to let her use a sign language interpreter to change her online banking password over the phone.

Sofiya Kalinova was awarded €8,500 in compensation as her complaint under the Equal Status Act against Permanent TSB was upheld by the Workplace Relations Commission in a decision published today.

This is the first time the failure to engage with a deaf person communicating via a sign language interpreter has been found to be unlawful.

Ms Kalinova, who gave evidence using an Irish Sign Language interpreter, told a hearing last November that she ran into difficulty with her online banking password in the summer of 2019.

She said her only option was to have a conversation with a phone agent for Permanent TSB's Open 24 system, and that she booked a slot with an interpreter to make the call.

When the call was connected, the interpreter explained her role and said she was with a bank customer - but the agent "stalled", Ms Kalinova said.

The agent transferred the call to a specialist team and then to a manager, who "eventually confirmed the bank could not do business with her through a third party", the complainant said.

Ms Kalinova said she tried to explain this was not a third party but an interpreter.

She said she took exception to the suggestion that an interpreter "speaks on her behalf".

She was not asked any security questions and was "repeatedly" described as a "vulnerable customer" throughout the process, she added.

She complained by email and the bank wrote back to say again that service agents "do not communicate through third parties and will only talk to the named account holder," she said.

The bank’s email went on to say she could go to a branch with photo ID, she said.

Cathy Smith SC, who appeared for Ms Kalinova on the instructions of Sinead Lucey of the Free Legal Advice Centre (FLAC), argued that the bank had failed to make reasonable accommodation to give her the same access to its services enjoyed by non-deaf customers.

She said the bank’s classification of her client as "vulnerable" was an "affront" to Ms Kalinova’s sense of independence.

Permanent TSB took the position that Ms Kalinova "was treated no differently to any other customer in a similar situation".

The bank was "actively seeking to determine if there is a method for interacting with customers in the complainant's situation whilst also ensuring that legal and regulatory requirements are satisfied and customer information is protected".

A senior bank manager who gave evidence to the hearing said there was a "very real desire to effect change" in the area and that PTSB had been engaging with stakeholders in the area.

However, he said the bank's fraud department was "closely watching any proposed changes as the risk of fraud is high".

He said he regretted the use of the word "vulnerable" towards the complainant.

An employee of the bank’s fraud unit said an appropriate security-conscious consent form would have to be created and signed off on.

The fraud unit employee said the bank had a positive relationship with the Irish Sign Language remote interpreting service but that it was a "challenge to try and make the reasonable accommodation" without creating a "high risk".

PTSB maintained there had been no "refusal or failure" to provide reasonable accommodation, as Ms Kalinova had been invited to attend a bank branch or use its website.

In her decision, adjudicating officer Penelope McGrath wrote that Ms Kalinova had been unable to use Permanent TSB’s phone line "by reason of the fact she is deaf" - and that her proposed solution was dismissed by the bank as "high-risk".

She accepted that the alternative offered by the bank - turning up to a branch in person - would be "time-consuming" and "not always practical or convenient". 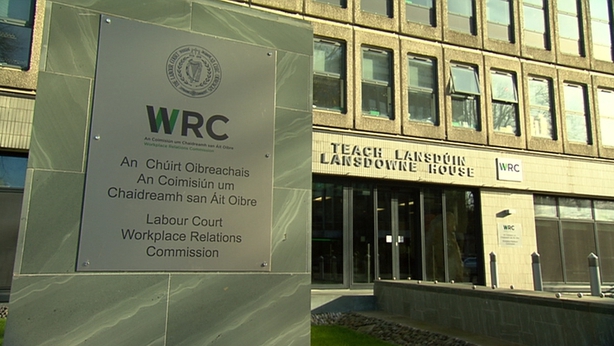 Ms Kalinova had correctly drawn parallels between her own case and with the precedent establishing the necessity for a business accommodating a blind person and their guide dog, Ms McGrath wrote.

It was her argument that the Irish Sign Language interpreter is "an essential aid to the deaf person in the same way as the guide dog is for a blind person", the adjudicator added.

"I cannot disagree. The failure of the respondent to take this on board has amounted to an indirect discrimination on the grounds of disability," she wrote.

Ms McGrath wrote that Permanent TSB had sought to look at the "bigger picture of figuring out a way of accommodating all deaf people" as a response to Ms Kalinova’s complaint.

"I do not understand why some sort of bespoke arrangement has not been agreed directly with her in the intervening period prior to this matter coming before me," she wrote, suggesting that the bank could have appointed a liaison officer.

Ms McGrath added that the complainant was a "strong and independent person" and that the bank’s "thoughtless categorisation of her as being vulnerable has had an impact".

She ordered Permanent TSB to pay Ms Kalinova €8,500 in compensation for the effects of discrimination.

Commenting on this morning's decision, FLAC managing solicitor Sinéad Lucey, who acted for the complainant, said the case has "important implications" for sign language users.

"It reaffirms that service providers should examine the individual circumstances of a person with a disability in determining what reasonable accommodation may be required," she said.

Ms Lucey added that the exemption provided in the Equal Status Acts to service providers who would have to incur more than a nominal cost in providing reasonable accommodation continued to reduce their potential.

She said this remained "at variance" with the UN Convention on the Rights of Persons with Disabilities and "must be addressed" by the ongoing review of the Equality Acts.