Some cabin crew at Ryanair went on strike in Belgium, Spain and Portugal today in a dispute over pay and working conditions, causing limited disruption as the budget airline cancelled dozens of flights that left hundreds of passengers stranded.

Surging inflation across Europe has led to millions of workers struggling with a higher cost of living, prompting trade unions to demand higher wage increases often backed by strike calls.

Airlines and airport operators across Europe have also struggled with staff shortages to handle the flow of passengers as demand for travel bounces back with the end of most Covid-19 restrictions.

Workers at several other airlines, including British Airways, are also planning strikes this summer.

Staff in France and Italy were expected to walk out over the weekend, while crews in Spain are set to strike again on 30 June and 1-2 July.

Workers say that Ryanair does not respect local labour laws covering issues, such as the minimum wage, and urge Ryanair's bosses to improve working conditions.

"Conditions are terrible," said Ricardo Penarroias, president of SNPVAC, the union behind Portugal's walkout. "A crew member is not even allowed to take a bottle of water on a flight."

Ryanair has confirmed today that less than 2% of its 3,000 flights have been affected by European cabin crew strikes.

The airline said that minor disruptions were confined to Belgium, where over 60% of Ryanair's scheduled flights to/from Charleroi and Zaventem will operate today.

It noted that there were no flight disruptions in Italy, Spain, Portugal, UK, France or Ireland as the vast majority of Ryanair crews are working normally.

It also said it is expecting minimal, if any, disruption to its flight schedules over the weekend as a result of the work stoppages.

But it did say its expects some disruptions on Saturday and Sunday - mainly in France, Italy and Spain - due to a two day strike in the French Air Traffic Control centre in Marseille.

The airline said this will significantly delay or impact flights crossing French airspace.

It said that any passengers where flights are disrupted by any ATC delays/strikes or airport staff shortages this weekend will be notified by email/SMS.

While much of the labour unrest has focused on the transport sector as it deals with a return to travel after pandemic lockdowns, there are signs of that spreading to other sectors.

With inflation running at more than 8% in the euro area, a 40-year-high of 9.1% in Britain, and in double digits across some central and eastern European economies, authorities are worried of a wage-price spiral developing in which higher wage demands add to inflationary pressures.

Over the three days of action, Brussels Airlines expects to cancel about 60% of its 533 flights.

Belgium is likely to be the hardest hit by the Ryanair strike, with local media saying 127 flights at Brussels' Charleroi airport would be cancelled, affecting 21,000 passengers. 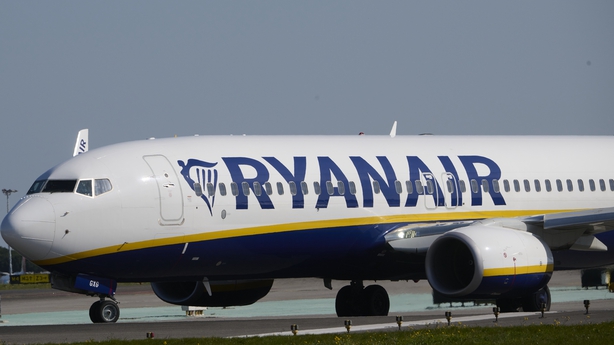 In Spain, the government forced the company to operate 73%-82% of flights over the strike period to maintain minimum services, obliging most to go to work.

The SNPVAC union said not many flights would be cancelled from the Portuguese airports because the airline placed strikers on stand-by and asked cabin crew in other countries to replace them. Ryanair has said SNPVAC only represented 3% of its staff in Portugal.