The Minister for Finance has said he is not considering the introduction of price caps to deal with soaring inflation.

Paschal Donohoe was speaking after the Central Statistics Office (CSO) said that annual rate of inflation rose to 7.8% in May.

The Harmonised Index of Consumer Prices, which compares inflation here to other countries across Europe, was 8.3%.

Electricity bills are now 41% higher than a year ago. Gas bills have climbed 61%. Home heating oil is just over 102% higher.

Food inflation is steadily rising too. Overall it was 4.5% in May but individual items like milk is just over 10% higher while butter is up just over 11% and margarine is up just over 20% compared to a year ago.

Transport costs are higher too with the notable exception of bus and train journeys following the government's decision to reduce the cost of public transport.

Drivers face a 25.6% increase in petrol prices while diesel is up almost 42%.

Paschal Donohoe said he was not considering price caps because they would be ineffective in an economy of Ireland's size and scale to do so.

"Measures like that could only have an effect if they were implemented overall across the European Union, and even at that if you do bring in a price cap somebody is still paying."

Mr Donohoe was speaking to the media at a briefing to mark the publication of the latest report from the National Asset Management Agency.

"The cost between the price cap and the market price has to be borne somewhere and the person who will pay that price will be the taxpayer."

He said a more effective way in trying to help households and businesses with rising cost of living is the implementation of measures like those already brought in by the Government, amounting to €2.4 billion.

Mr Donohoe refused to speculate on the extent to which the European Central Bank should increase interest rates over the coming period saying it would be inappropriate.

Asked if the Government should now change its stance on opposing a Liquified Natural Gas terminal here, in order to boost security of supply, Mr Donohoe said the Programme for Government is clear that there are other way in which energy needs can be met. 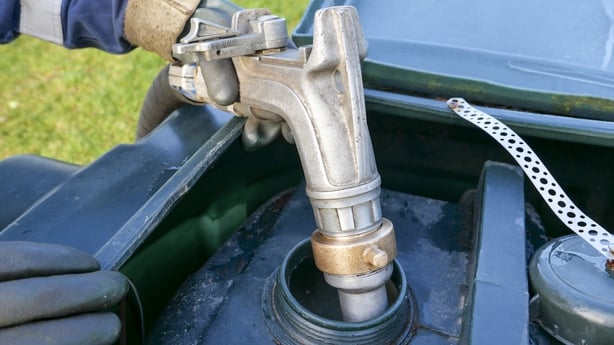 Sinn Féin's spokesperson on Finance Pearse Doherty said the latest inflation figures represented "real hardship" being felt by households and called on the Government to introduce an emergency budget.

According to today's CSO report, the last time inflation was running at this level was in the third quarter of 1984, when it hit 7.9%.

Overall, the cost of housing, water, electricity and gas rose by 20.9% on an annual basis. The cost of transport rose by 16.5%.

The price of services overall was down by 1.8% on an annual basis with a reduction in education services also recorded.

Motor insurance was down 10.9% on an annual basis, although hairdressing was up just over 3%.

The price of hotels was up 21.9% compared to last year.

Inflation - excluding energy and food - rose by 4.6% on an annual basis.

"For months, Sinn Féin have called for an emergency budget to provide targeted support to struggling workers and families," said Pearse Doherty.

He said this could be done by reducing the cost of heating oil and the rate of excise duty applied to petrol and diesel to the minimum level permissible.

He also urged an increase in social welfare rates, the introduction of cost-of-living cash payments as well as reducing childcare costs.

Austin Hughes, chief economist with KBC Bank Ireland, said it was likely that the rate of inflation had further to go before it reaches a plateau.

"With fuel prices moving even higher in early June and knock-on impacts of higher transport costs and global supply problems yet to be fully seen, the likelihood is that Irish inflation has not yet peaked," he explained.

"It seems probable that headline inflation could push close to 9% and might even threaten 10% depending on the vagaries of global energy markets," he added.

Mr Hughes said the Government "cannot and should not attempt to insulate the Irish economy from energy-driven inflation".

He added: "Importantly, however, it should seek to limit the damage to those most vulnerable to surging living costs.

"In that regard, the particularly severe price pressures seen in energy and food require further significant offsetting measures."