They show that over 20% of all new cars licensed between January and May this year were electric or plug in hybrid electric vehicles.

In total, just under 58,500 private vehicles were licensed during that period, up 7% on the same time last year.

IToyota was the most popular make of new private cars licensed in May followed by Volkswagen, Hyundai, Skoda and BMW.

These five makes represent more than half of all new private cars licensed during the month.

The number of used cars licensed in the first five months of the year dropped by 43% compared with the same period in 2021.

The figures show 19,310 used cars were licenses during that period this year, compared to 34,062 last year. 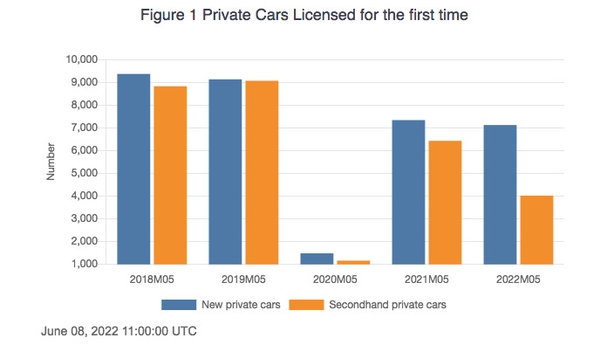 Meanwhile, 10,918 new goods vehicles were licensed between January and May this year, down 12% on the same time last year.