Britain has announced a 25% windfall tax on oil and gas producers' profits, alongside a £15 billion package of support for households struggling to meet soaring energy bills.

The move will give each UK household a £400 discount on their energy bill and more for lowest-income households.

It marks a change of heart for Prime Minister Boris Johnson's government which had previously resisted windfall taxes, calling them a deterrent to investment.

It is the second emergency policy intervention to help with rising bills this year.

"We will introduce a temporary and targeted energy profits levy but we have built into the new levy a new investment allowance that means companies will have a new and significant incentive to reinvest their profits," Sunak told parliament.

"The more a company invests, the less tax they will pay," he stated.

Sunak did not refer to it as a windfall tax. He said it would raise £5 billion in the next 12 months and be phased out as oil and gas prices return to normal. He did not set out how the rest of the package would be funded.

He also said there would be a new Investment Allowance that would nearly double the tax relief available for firms on their investments. 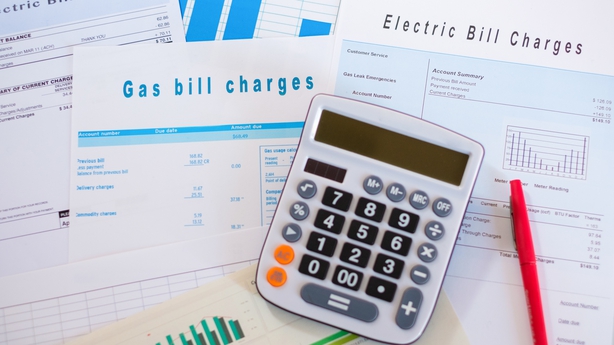 On Tuesday the UK energy regulator said that a cap on gas and electricity bills was set to rise by another 40% in October, cause by a surge in global energy prices.

Other European governments have also ploughed tens of billions of euros into measures to help mitigate energy prices.

The package of support was worth £15 billion Sunak said. A similar support package in February was worth £9 billion and Sunak said the UK government was overall providing £37 billion to help consumers.

It included cash payments to around a third of British homes, including £650 to 8 million low-income households. It also doubled a previously promised £200 discount on energy bills and scrapped a require to repay it.

The announcement also comes at a time when Johnson is keen to move the conversation away from a damning report detailing a series of illegal lockdown parties at his Downing Street office.

Labour, which had been campaigning hard for a windfall tax, said the U-turn showed the Conservative government was motivated by politics rather than a desire to help people.

"Labour called for a windfall tax because it is the right thing to do, the Conservatives are doing it because they needed a new headline," said Labour's economic policy chief Rachel Reeves.

UK inflation reached a 40-year peak of 9% in April and is projected to rise further, while government forecasts last month showed living standards were set to see their biggest fall since records began in the late 1950s.

"The high inflation we are experiencing now is causing acute distress for people in this country. I know they are worried, I know people are struggling," Sunak said, backing the Bank of England to use interest rates to bring the situation under control.

"The extra fiscal support for households revealed by the Chancellor today falls short of fully offsetting the reduction to households' real incomes from higher utility prices, but it will cushion the blow and support economic activity," said Paul Dales, chief UK economist at consultancy Capital Economics.

"Overall, this support is much, much needed for millions of households. But it won't relieve all the pain and may mean the Bank of England has to pull the interest rate lever harder to get on top of inflation," he added.