It appears all but certain at this stage that the European Central Bank will raise interest rates in July for the first time in more than a decade.

The deposit rate, which has been negative for the past eight years, will likely be the first to shift with a move back towards zero.

The key borrowing rate - currently at zero - will follow or may even move at the same time.

Even before the ECB makes any gear change, lenders have started to nudge upwards the rates they are seeking for fixed term borrowings.

While the focus has been on the impact that rate hikes will have on individuals with mortgages and other forms of debt, movements in the global interest rate environment are already pushing up government borrowing costs.

Ireland is not immune to that shift in global debt dynamics.

Bonds in the era of QE

The National Treasury Management conducted an auction of short-term debt on Thursday.

The interest rate payable on the bonds - which mature in October - was -0.25%.

In other words, the holders of those bonds effectively pay the state for holding that debt - not the position a bondholder expects to be in.

About a decade ago, that situation would have been unimaginable.

Ireland had been locked out of debt markets following the financial crash which saw us turning to the troika of the European Commission, the ECB and IMF for a bailout.

Over time, we regained credibility with international lenders, and we gradually returned to the bond markets, borrowing at relatively high prices.

As confidence grew and the European Central Bank embarked on a policy of buying up billions of euro worth of government bonds every month - a practice known as Quantitative Easing, or QE - the cost of servicing debt for governments right across Europe fell dramatically.

The intention behind the policy was to encourage governments to borrow more at lower rates to stoke their economies in the aftermath of the financial crisis and to try to stimulate spending and get a bit of inflation back into the system.

That cost of borrowing fell even further during the pandemic as the European Central Bank extended the policy and started buying up even more debt to encourage governments to borrow to support their economies through lockdowns.

The Irish state has benefited handsomely from this wider policy, securing ten-year debt at essentially negative rates in recent years. 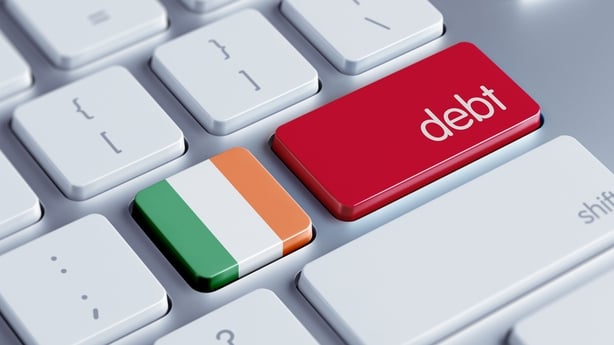 The situation has changed dramatically in the last few months.

With inflation soaring across the euro zone, the ECB announced its intention to swiftly conclude its bond buying programmes over the coming months.

And it has put itself firmly on the path to interest rate increases - some would argue too late in the day.

The effect of that is already apparent on debt markets.

Having risen steadily since the start of the year, the price that the Irish government pays to borrow on the bond markets has effectively more than doubled since March.

The yield - or interest rate - on ten-year debt stands at around 1.6%.

That's the highest cost of borrowing in that timeframe for the Irish state since 2014.

He pointed out that the National Treasury Management Agency had cancelled a scheduled bond auction for June which he interpreted as an indication that the state plans to scale back its borrowing plans for this year.

"The NTMA put out a funding statement at the start of the year giving a range of what they may borrow of €10 billion to €14 billion. Historically, they've gone for the mid-point of the range, if not the upper end. This year, they will be down at the very bottom, at the €10 billion end," he expects.

"It looks as if Ireland will be borrowing less going forward, albeit at a higher rate," he concluded.

The national debt here stood at just over €237 billion at the end of last year.

It was up almost €20 billion on the position at the end of 2020 as the government continued to borrow substantially more than normal to fund pandemic-related supports.

While it's a very significant debt in real euro terms, it's typically viewed in the context of the wider economy.

As a proportion of our GDP, it stands at 56%, which is considered a very manageable debt.

Judging it against an indicator of economic growth that's preferred by the Central Statistics Office - a measure known as GNI* - the debt ratio stands at 102%.

Ryan McGrath said Irish debt metrics were among the strongest in Europe, which is reflected in the recent move by ratings agency Moody's to raise Ireland's sovereign credit rating.

"We're now double A across the four main ratings agencies," he pointed out.

Anything that falls in the A-class is considered high quality, meaning the debt issuer has a strong likelihood of meeting its obligations.

Gerard Brady, chief economist with Ibec, agrees that Ireland is in a relatively strong position when it comes to debt dynamics.

He points out that the NTMA had taken advantage of the low-rate environment to bring the overall cost of servicing the national debt to very low levels in recent years.

The hit will come on future borrowings, he points out, but he said the state should be able to withstand a fairly sustained hike in interest rates over the coming years, as long as a number of conditions are met.

"You would need to see borrowing rates at elevated levels for an extended period of time - up around the 4 or 5% mark - to see any real pressure on the government interest bill, so long as we're not running big deficits," he explained. It looks virtually certain that interest rates will rise over the coming months and years, putting upwards pressure on the cost of borrowing for individuals as well as for governments.

Aside from the base rate at the ECB and the fundamentals of the bond markets, much depends on the perceived reliability of a country and its ability to service its debt.

The more risky a country is perceived to be in borrowing terms, the higher the interest rate that's generally attached to the debt.

It's not an issue about which the Government should be concerned right now, but for some countries it could be a problem.

"As the ECB pulls back, you can see bond yields spreading," Gerard Brady points out.

"All the talk of structural reform was really just a trick of the ECB doing so much of the purchasing [of bonds] in Europe," he explained.

The focus is likely to return in the coming years to the so-called 'spread' between German borrowing costs and the rate being applied to other countries.

That could see a re-emergence of tensions between countries over what is considered an appropriate interest rate and the view of southern European states that the ECB needs to do more to help them.

"Italy has been widening, but has been pretty orderly," Ryan McGrath said.

"There have been no major shocks. The Italian-German spread is out to about 2%. What the ECB would not want is a volatility shock where Italy would blow out in a very sharp and sustained manner," he said.

There are some concerns that this stability could be disrupted when elections take place next year.

Already dealing with inflation, rising interest rates and the prospect of recession, the last thing the ECB wants right now is the prospect of another debt crisis in Europe.

Crisis or not, what is certain is that we're entering a new era of elevated interest rates which a whole generation of Europeans will never have experienced in their lifetimes.

"The scale of the interaction in the economy has been enormous and as that recedes and normalises, it's going to feel very different," Gerard Brady said.

"We've lived through this unreal time in terms of interest rates. For now, we seem to be going back to a pre-financial crisis reality with rates rising, in the short term at least," he concluded. 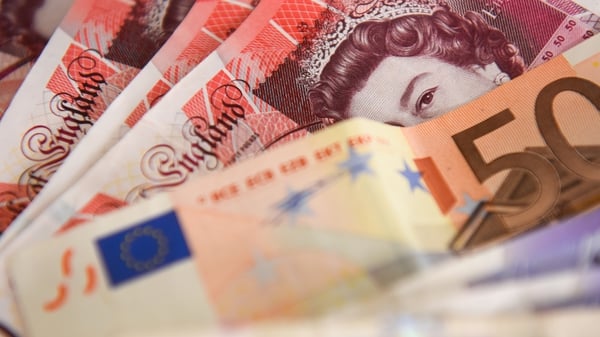