That is according to new accounts for Center Parcs Ireland Ltd which show that the Co Longford resort last year sustained a €22.8m revenue hit due to Covid-19 enforced closures.

The accounts show that the Center Parcs holiday village was open for two periods in the year under review - from July 13 to October 6 2020 and from December 18 to December 27 2020.

The directors point out that the business when open during the year under review was subject to self-imposed occupancy limits and a reduced guest offering.

The directors state that the company's financial results for the current and prior year "were significantly impacted by the Covid-19 pandemic".

The directors said that "key performance indicators are not considered appropriate until Longford Village has traded without interruption for 12 months".

A note attached to the accounts - signed off at the end of last September - state that "demand for the company’s breaks remain strong and current forward bookings for the remainder of the financial year April 2022 are ahead of those in the equivalent period in the year to April 2020 at the corresponding time". 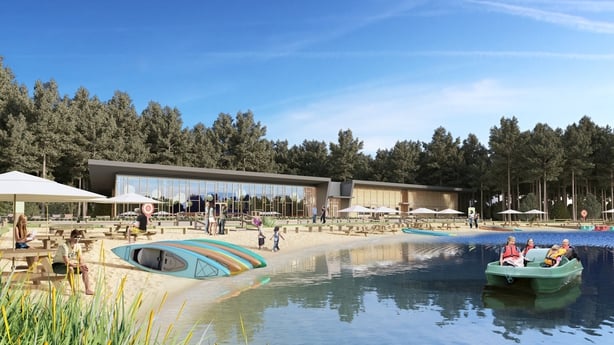 The business recorded an operating loss of €12.6m and interest payments of €5.6m resulted in the pre-tax loss of €18.2m.

The business recorded a post tax loss of €16m after recording a corporation tax credit of €2.2m.

The accounts disclose that the resort's Canadian headquartered owners, Brookfield, provided additional funding of €13.7m during the year to support the Co Longford enterprise and Brookfield has another £40m to support group companies.

The firm put a book value of €280m on its fixed assets at the end of April last before non-cash depreciation costs are taken into account.

Numbers employed at Center Parcs last year increased by 123 from 885 to 1,008 and the firm last year received €8.6m in Covid-19 wage support payments.

The directors state that during closure periods, up to 90% of resort workers were furloughed through the Government Covid-19 subsidy schemes.

"Longford Forest has traded extremely well since we reopened in June and forward bookings are looking very strong, " a spokesman for Center Parcs said today