The value of Ireland's goods exports and imports reached their highest level on record in March, according to new figures from the Central Statistics Office (CSO).

The value of goods exports reached €20.2bn during the month, up 37% on same time last year.

The export of medical and pharmaceutical products jumped 63% to €9.2bn, making it the largest category of goods exports.

The figures show that medical and pharmaceutical products represented 46% of total exports.

The CSO figures show the US continues to be Ireland's biggest single goods export market, accounting for €7.3bn or 37% of total exports in March 2022. 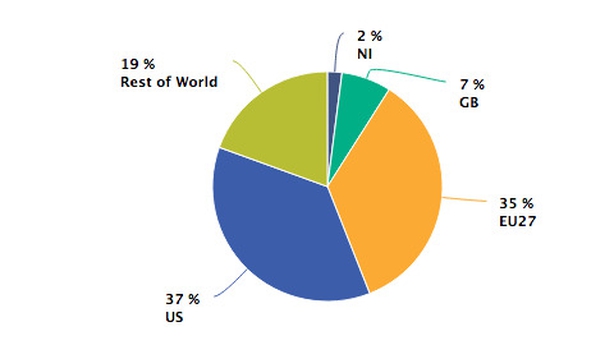 The CSO figures show that the value of goods imports in March was €11bn, an increase of 20% when compared with March 2021 and the highest monthly value on record. 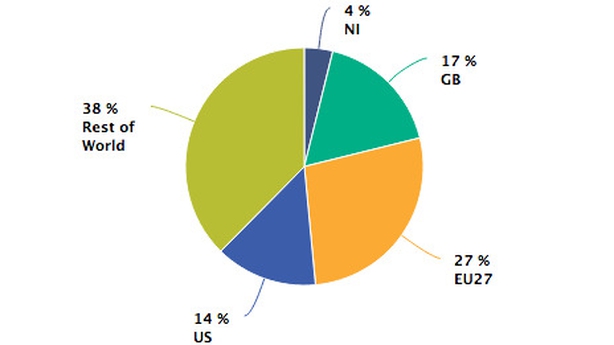 The main increases were in the imports of mineral fuels, lubricants and related materials, and chemicals and related products.

"It should be noted that the large growth rate in imports from Great Britain is partly explained by the relatively low level of imports in March 2021," said Ciarán Counihan, Statistician with the CSO.

"These figures are truly remarkable, they show that our trade levels reached the highest ever level in March of this year, despite immense global challenges and uncertainty. It was the best month on record," said the Tánaiste and Minister for Enterprise, Trade and Employment, Leo Varadkar.

"Trade significantly increased in every market on previous year's figures. Ireland owes it’s relative prosperity to trade. Our jobs and living standards depend on our performance and the revenues collected fund our schools and hospitals," Mr Varadkar said in a statement.

"The figures are a testament to the strength of so many businesses and their workers around the country. The Government will continue to encourage companies to diversify and identify new markets and continue to break new records in the months ahead," he added.