Given the new set of challenges that businesses are facing at the moment, it's easy to forget that most are still emerging from what was likely a once in a lifetime experience.

While supply chain difficulties, rising input costs and higher energy prices are the issues that firms are grappling with right now, they've come hot on the heels of the pandemic which saw many businesses shutting their doors or curtailing their services for sustained periods.

Supports put in place by the Government to help businesses through those periods of restricted trading have been gradually wound down with two of the main schemes ending for most businesses today.

A successor to the Temporary Wage Subsidy Scheme, which was introduced by the government in the early days of the pandemic in March 2020, the EWSS came into effect on September 1st that year.

It provided a flat-rate subsidy to qualifying employers based on the number of eligible employees on the payroll and gross pay.

To qualify, companies had to be able to demonstrate that the business would experience a reduction in turnover of at least 30% and that the disruption had been caused by the pandemic.

The flat rate payment was reduced over time from a maximum weekly payment of €350 per employee to €100.

For all businesses - other than those directly impacted by the restrictions introduced in late December into January to try to suppress the Omicron wave of Covid - the scheme ends today.

For the exempted businesses, the scheme will run until the end of May at the €100 per employee rate.

As of Thursday, 22,500 businesses were still availing of the scheme.

The DWS was introduced to help businesses experiencing cash-flow and trading difficulties due to Covid-19.

Under the scheme, businesses were permitted to temporarily 'park' certain Covid-19 related tax debts, interest free, for a period of time.

The idea behind the scheme was to allow businesses to defer paying some of their eligible tax liabilities until they're in a better position financially.

The scheme was wound up for the majority of eligible businesses at the end of last year, with businesses affected by last December’s restrictions eligible to remain on the scheme until today.

"Warehoused debt remains parked, on an interest free basis, until the end of the year," Revenue's Collector-General Joe Howley explained.

"For businesses impacted by the public health restrictions introduced in December 2021, debt remains parked until 30 April 2023," he added.

A reduced interest rate of 3% will be applied after those periods. 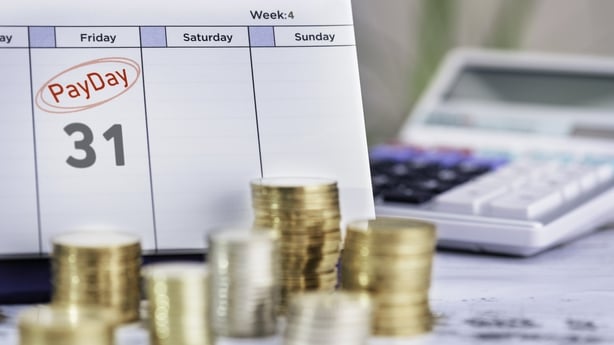 Data from Revenue in recent weeks showed that, up to the end of January, of the total €30.9 billion eligible for the Debt Warehousing Scheme since it's introduction, 90% had been paid.

Businesses availing of the scheme are required to be up to date with their tax returns.

"Any business that doesn’t do this, will lose the benefits of the Debt Warehousing Scheme. This means the tax debts of the business would become due for payment immediately. It also means the 0% interest rate that currently applies to warehoused debt, and the significantly reduced interest rate of 3% will not apply" he said.

Revenue will start contacting businesses availing of the scheme towards the end of the year to put in place a 'tailored payment' arrangement for its warehoused debts, over an agreed timeframe.

"The payment arrangement will take account of the financial circumstances of the business concerned and a reduced rate of interest of 3% will apply for the duration of the agreed payment schedule," Mr Howley explained.

Did the schemes work?

Danny McCoy, CEO of business group Ibec said it was 'irrefutable' that the EWSS had been a success.

Writing in the Irish Times, he said a version of the scheme should be retained in the state’s arsenal for future shocks.

Neil McDonnell, CEO of the small and medium business representative group, ISME said the schemes had largely achieved what they had set out to do.

"Perversely, you can measure success by the decrease in insolvencies," he said.

In 2020 and 2021, the level of insolvency was below that of 2019 which Neil McDonnell said didn't really make sense in the context of a global pandemic.

The main negative of the scheme, he claims, was the limit it placed on the income of qualifying employees, which - although substantial - excluded those who paid most into the social fund.

"It was the lower wage unskilled workers that ended up benefitting from it anyway, so the Government got it right by default," he said.

However, the scheme did attract controversy towards the end of last year when it was revealed that some companies that had availed of it had paid out substantial dividends having recorded significant profits.

The Tánaiste and Enterprise Minister, Leo Varadkar, called on companies that had done so to refund the payments, while acknowledging that some had already repaid.

Danny McCoy believes that the issue was in some regards misleading, pointing out that some companies may be required to pay dividends to shareholders when they are in profit and these requirements will be timebound.

"The payment of wages, interest, dividends and retained earnings are all important disbursements for business to continue to operate and retain the confidence of shareholders during a downturn," he wrote.

However, he told Morning Ireland in December that if there was 'egregious' behaviour when it came to companies availing of supports while making big profits or paying large dividends, such behaviour should be called out and acted upon.

Is there a case for extending the schemes?

In light of the new challenges facing firms arising from inflation, which has been further exacerbated by the war in Ukraine, there have been calls on the government to be flexible in their approach to the winding down of the schemes.

There is a general desire among business groups to see some leeway on the tax warehousing element in particular.

The Small Firms Association called for an extension of the 0% interest rate period for the entirety of the warehouse period in order the help firms reduce their debt more rapidly.

It also called for the introduction of a fixed minimum repayment period of between 2 and 3 years.

"While tax warehousing was invaluable to many, it will not be as simple to pay back for many small firms. There needs to be individualised engagement with small businesses by the Revenue Commissioners to ensure many small firms remain viable into the future," Geraldine Magnier, Director of Idiro Analytics and SFA National Council Deputy Chair said.

The Family Business Network, which represents 170,000 business here, said rising costs were putting the viability of many of those businesses at risk.

It called for an extension of the DWS coupled with targeted once-off tax relief to help indigenous firms through the current spike in costs. 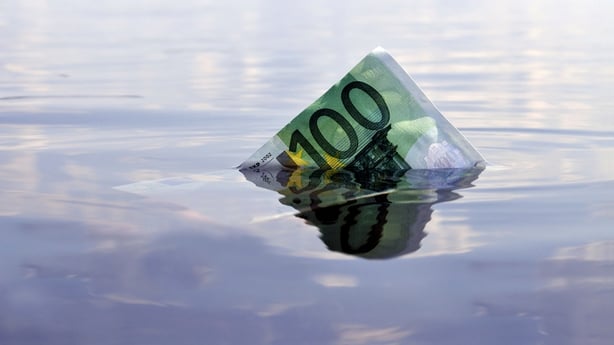 Will there be a surge in business failure?

According to PwC in its latest Restructuring Update published in early April, a 'wave' of business restructuring has yet to hit Ireland.

The level of insolvency is expected to pick up in the latter part of the year, it believes, from the current record low of just 15 firms in every 10,000 which it describes as an 'artificial' level.

"We should see a pickup later in the year and into 2023," Ken Tyrell, Insolvency Partner with PwC Ireland said.

"The Irish government supports lasted a lot longer than in the UK where they expired in the Autumn. They saw a pickup at the end of last year and early this year," he explained.

He pointed out that the Irish liquidation rate was running at about a third of the UK rate for every 10,000 companies.

Even accounting for the fact that economic conditions may be a little more challenged in the UK, the insolvency rate here would not ordinarily be that much lower.

Neil McDonnell agrees that the insolvency rate is likely to climb in the months ahead, but he called for a degree of flexibility from all involved in the process.

"There's red ink all over the place and it has to land on someone's balance sheet," he said.

"There will have to be a judgement call on this. Businesses that were viable in 2019 and are vulnerable purely because of lockdown - do you let them go?" he asked.

He pointed out that Revenue had taken a pragmatic approach in the past and he expected that they would do so again in the coming months.

"The question is what happens this time next year when repayments are starting. If someone puts their hand up and says they can't initiate repayments, is Revenue going to pull the plug on them or will an arrangement be entered into? That will be a judgement call for Revenue," he said.