French authorities have issued an international arrest warrant for Carlos Ghosn, the disgraced auto tycoon who jumped bail in Japan and fled to Lebanon in a sensational getaway, prosecutors told AFP today.

The warrant was issued over €15m in suspect payments between the Renault-Nissan alliance that Ghosn once headed and an Omani company, Suhail Bahwan Automobiles (SBA), prosecutors in the Paris suburb of Nanterre said.

Ghosn, then chief of Nissan and head of an alliance between Renault, Nissan and Mitsubishi Motors, was detained in Japan in November 2018 on suspicion of financial misconduct along with his top aide, Greg Kelly.

They both denied wrongdoing.

In December 2019 as he awaited trial, Ghosn staged an audacious getaway, being smuggled out of Japan in an audio-equipment case on a private jet. 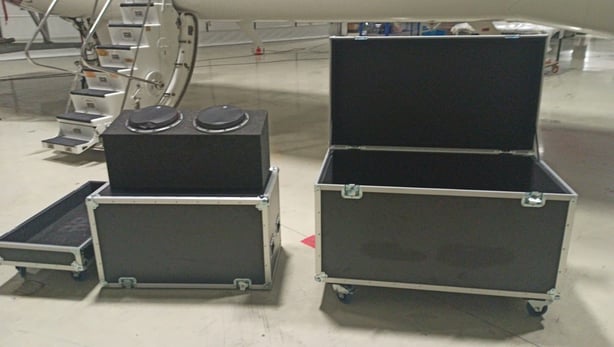 Ghosn, who holds French, Lebanese and Brazilian passports, landed in Beirut, which has no extradition treaty with Japan.

He said he fled because he did not believe he would get a fair trial in Japan, where prosecutors have a nearly 99% conviction rate in cases that go to trial.

He also said that Nissan colluded with prosecutors to have him arrested because he wanted to deepen the Japanese firm's alliance with Renault.

One of his lawyers, Jean Tamalet, told AFP that the French warrant was "very surprising because the investigating judge and the prosecutor know perfectly well that Carlos Ghosn, who has always cooperated with justice, is subject to a judicial ban on leaving Lebanese territory".

The Nanterre judge heading the investigation issued five arrest warrants that, in addition to Ghosn, target the current and former leaders of SBA.

Nanterre authorities visited Beirut twice during their investigation, questioning two witnesses in February after having spoken to Ghosn last year along with Paris investigators.

The French investigation centres on alleged improper financial interactions with Renault-Nissan's distributor in Oman, payments by a Dutch subsidiary to consultants and lavish parties organised at the Versailles Palace.

He was heard as a witness and would need to be in France to be formally indicted and gain access to the details of the charges he faces.

His former aide Kelly, meanwhile, was handed a six-month suspended sentence by a Tokyo court last month over allegations he helped Ghosn attempt to conceal income.

Prosecutors had sought two years in prison for Kelly, accusing him of helping Ghosn under-report his income to the tune of 9.1 billion yen ($79 million) between 2010 and 2018.

Ghosn, who faced several additional financial misconduct charges, has always insisted he and Kelly are innocent and that Japanese prosecutors worked to help Nissan push him out in a "palace coup".