The lacklustre results from the largest US lender - seen as a bellwether for the economy - set the tone for first-quarter earnings from Wall Street banks.

The results come as the Federal Reserve looks to rein in inflation and the trading bonanza the banks enjoyed during the pandemic tapers off.

"Inflation and Ukraine are powerful forces that threaten the economy," Dimon said on a call with media, underscoring a change in his bullish outlook for the U.S. economy.

"The Fed needs to try to manage this economy and try to get to a soft landing, if possible," he added.

Credit costs swung dramatically to $1.46 billion as the bank added to reserves for loan losses.

A year earlier, JPMorgan benefited as it released $4.16 billion from the reserves it had built up during the pandemic.

Investment banking revenue for big banks stalled after the Russian invasion of Ukraine in late February. In the first quarter, the total value of pending and completed deals fell to its lowest since the second quarter of 2020, according to Refinitiv data.

Investment banking fees plunged 32% to $2.01 billion. The drop came on the back of a 69% decline in equity underwriting fees.

In the first quarter of 2022, however, the number of deals where JPMorgan acted as a bookrunner declined 39% compared with last year.

The big US banks are also reporting results at a time of surging inflation, which could lead the Federal Reserve to hike interest rates more aggressively this year. 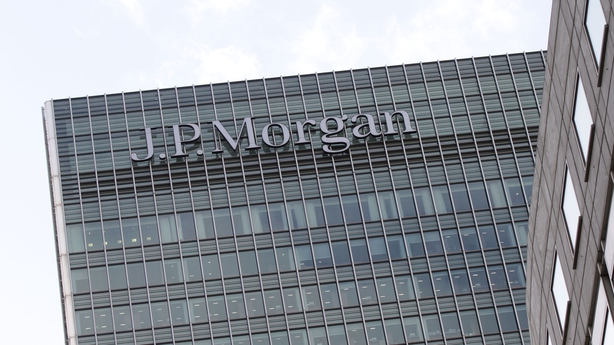 While that is good for big lenders like JPMorgan, rapid rate hikes could slow down the economy and scupper a nascent recovery from the pandemic.

Net interest income from JPMorgan's core banking businesses and excluding the impact of markets increased 9% from a year earlier.

The lender also said it expects 2022 net interest income excluding markets to be more than $53 billion, largely in line with its own estimate in February when about six quarter-point rate hikes were expected from the Federal Reserve this year.

Its non-interest expenses rose 2% to $19.2 billion in the quarter. Investors have been concerned whether banks, particularly JPMorgan, are allowing expenses to increase too much.

The bank's total loans rose 6% to $1.07 trillion during the first quarter, driven by increases in credit card and wholesale loans.

Markets revenue came in stronger than had some had feared, falling 3% to $8.8 billion, with fixed income trading down only 1% compared to exceptionally strong levels last year.

The lender also said its board approved a share buyback plan of $30 billion. The company bought back shares worth $1.7 billion in the first quarter.

Other large US banks including Citigroup, Wells Fargo and Goldman Sachs will report results tomorrow, while Bank of America reports results next Monday.