Euro zone inflation surged to 7.5% in March, hitting another record high with months still left before it is set to peak.

Consumer price growth in the 19 countries sharing the euro accelerated from 5.9% in February, Eurostat said today.

This was far beyond expectations for 6.6%, as war in Ukraine and sanctions on Russia pushed fuel and natural gas prices to record highs.

Eurostat's estimate for Ireland's harmonised inflation rate is 6.9%, up from 5.7% in February.

Although energy was the chief culprit, inflation in food prices, services and durable goods all came in above the ECB's 2% target, further proof that price growth is increasingly broad and not merely a reflection of expensive oil.

Underlying prices, which filter out volatile energy and food prices, accelerated too, raising the risk that high inflation will become entrenched, a hard-to-reverse phenomenon.

Inflation excluding food and fuel prices, closely watched by the ECB, picked up to 3.2% from 2.9% while a narrower measure that also excludes alcohol and tobacco products jumped to 3% from 2.7%.

All this leaves the ECB with a difficult policy dilemma.

Its main task is to get inflation to 2% but tightening policy now would risk crashing an economy that is already reeling from the fallout of the war in its neighbour and the lingering impact of Covid-19.

The ECB estimates that growth in the first quarter was positive, but barely, while second-quarter growth will be near-zero, as high energy prices dent consumption and hurt corporate investment.

That would suggest the bloc is near a state of stagflation, where rapid inflation is coupled with stagnating growth.

High energy prices are traditionally a drag on growth and will thus actually weigh on inflation once the immediate spike passes, raising the risk that price growth will later fall back below target. 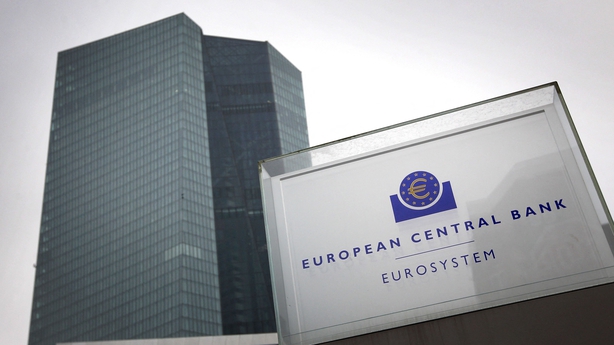 But the ECB can hardly ignore high inflation, especially since it says the peak is still three to four months away.

The euro zone's labour market is the tightest it has been in decades so wage inflation, a precondition of durable consumer inflation, is already in the pipeline.

The ECB has underestimated price growth throughout the past year, so its credibility is on the line.

The likely compromise will be for the bank to tighten monetary policy this year, but by the smallest increments.

Markets are now pricing in 63 basis points of rate hikes by the end of the year but policymakers have been more cautious, with not a single one calling for moves so large.

The risk, however, is that big inflation surprises could force the ECB to tighten more quickly, forcing the bank to play catch-up later on.