Europe is counting on liquefied natural gas (LNG) to help reduce its heavy dependence on Russian energy in the wake of Moscow's invasion of Ukraine.

The European Commission this week set a target of slashing Russian gas imports by two thirds by the end of the year.

Russia supplies 40% of the EU's gas needs, with Italy and Germany especially dependent.

Here are five things to know about LNG:

After its extraction, natural gas is cooled down to -162 degrees Celsius to turn it into its liquefied form. Natural gas takes up 600 times less room as a liquid than in its gaseous state, making it easier to transport it in tanker ships.

On arrival at port, LNG is converted back into gas in terminals before it goes into national energy grids. It can also be transported by tanker trucks in its liquefied form to be taken to industrial zones.

From Papua New Guinea to Trinidad

LNG offers more options in terms of suppliers as it can be imported by sea from countries that are not connected to pipelines.

Some of the alternatives invoked for Europe include the US, Australia and Qatar.
They are among some 20 countries that export LNG, a group that includes countries as far afield as the Pacific island of Papua New Guinea as well as Trinidad and Tobago in the Caribbean.

Trade in LNG increased by 6% last year, pushed up by higher demand from China and South Korea, according to Shell's annual LNG outlook.

In a 10-point plan to reduce the EU's reliance on Russian gas, the International Energy Agency said the bloc could "theoretically" increase its near-term imports of LNG by some 60 billion cubic metres.

But the IEA warned that all importers "are fishing in the same pool for supply, so (in the absence of weather-related or other factors that limit import demand in other regions) this would mean exceptionally tight LNG markets and very high prices".

A maximum of 35 billion cubic metres of LNG is expected to be added to the market this year, said Vincent Demoury, secretary general of the International Group of Liquefied Natural Gas Importers.

"It's possible that China will get around half of it, which would leave less than 20 billion cubic metres for the European market," Demoury said.

"Unfortunately you cannot ask (LNG) to perform miracles in the short term," he said. 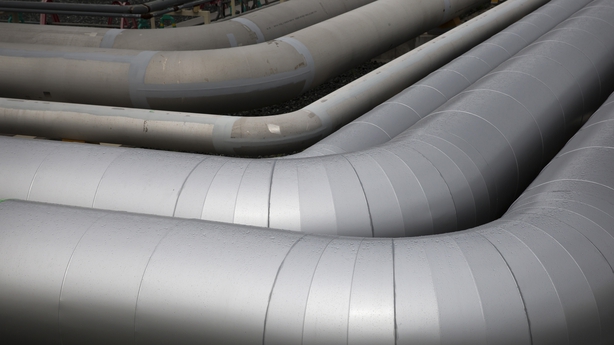 Germany, which lacks terminals, said this month it would build one on its North Sea coast to reduce it dependence on Russian gas.

Before the outbreak of war, Germany imported 55% of its gas from Russia, via pipelines running through Ukraine, Poland and under the Baltic Sea.

But building terminals can take two to three years. One option is to use ships known as a Floating Storage Regasification Unit (FSRU) to convert LNG into gas.

But it can still take 12 to 18 months to put them into service, said Demoury.

But there are only two pipelines between Spain and neighbouring France which have little capacity.

The industry boasts that LNG offers a cleaner alternative to coal for electricity production and oil for the propulsion of ships.

But environmental groups are not fans of LNG.

"Replacing one fossil fuel and Russian dependency with another would prove a dead end for Europe in the medium term," said the Climate Action Network on the sidelines of an EU summit that ends today.