Fashion chain Primark, which has shunned the extra cost of home delivery, could add click-and-collect services to its revamped website over time.

But it said it still sees new stores in markets such as Italy and the US as it main growth driver.

The chain, whose trendy clothes at low prices have taken shoppers by storm over the last decade, will launch a new website in the UK by the end of March, and across its 13 other markets by the autumn.

That will better showcase its 10,000 products, provide customers with near real-time information on product availability by store and enable Primark to mine the data of its over 24 million active "engagers".

"We're making the digital move forward in a very big way in both the UK and the rest of Europe. That will generate sales and profits for us," John Bason, finance director of Primark's owner, Associated British Foods, told Reuters.

"Does this give us a capability to move further forward? Well let’s have a look at that," he said in an interview.

"If there was an e-commerce opportunity for us, it will probably be more in the area of click-and-collect," he said, referring to products ordered online and picked up in store.

But Bason said home delivery remained off Primark's agenda as the economics don't stack-up for its low price points.

"You can’t get our value by delivery to home, it’s as simple as that," said the 23-year veteran of AB Foods, which also owns major sugar, grocery, ingredients and agricultural businesses.

Founded by the late Arthur Ryan in Dublin in 1969 under the Penneys brand, Primark trades from 402 stores. It turned over £7.8 billion before the Covid-19 pandemic, which hit it hard as its stores were forced to close. 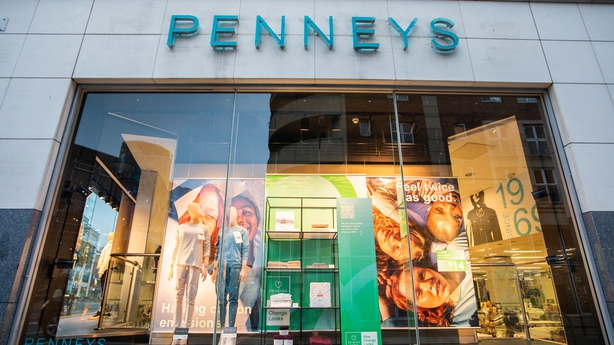 In November, AB Foods targeted an expansion of Primark to 530 stores over the next five years, accelerating growth in the major markets of the US, France, Italy and Iberia.

But 530 is "not the end of the line," said Bason. "There’s a long way to go with this business in terms of adding space."

Primark is confident its model can succeed in a US market that has been a graveyard for some of Britain's biggest retailers, including Marks & Spencer, Tesco and Philip Green's Topshop.

Bason said the five-year plan would take it from 13 US stores to about 60 - all to the east of the Mississippi River.

That still leave vast swathes of the US unserved by Primark, including key states such as California.

"Without me being sort of categoric, you can see how you'd move into other geographies," said Bason. "There is huge potential in the United States, there really is."

He also believes Italy provides a "massive runway," noting Primark recently opened its first store in Sicily, a market that has more people than the island of Ireland - Primark's longest standing market. Primark currently has eight stores in Italy.

"In Spain and Iberia we have 65 stores. There’s no reason why Italy shouldn’t be that scale and go beyond that," Bason said.

Primark has also dipped its toe into central and eastern Europe, opening stores in Poland, the Czech Republic and Slovenia. A first store in Romania is slated for 2022.

Bason said its plans for this region had not been altered by Russia's invasion of Ukraine.