1,620 new electric cars were were registered in February, an increase of over 100% on the same month last year - according to new figures from the Society of the Irish Motor Industry (SIMI).

EVs, plug-in hybrids and hybrids now make up a combined 44% of the market share.

Hybrid vehicles account for almost one quarter of the market share, electric just over 11% and plug-in electric hybrid 8%.

Despite a large drop in market share for internal combustion engine type vehicles, petrol remains dominant at just over 27%, while Diesel accounted for almost 26%.

Brian Cooke, Director General of SIMI said despite strong demand for new and used cars, supply continues to be a major issue.

Mr Cooke said any recovery is unlikely to happen until the second half of 2022 at the earliest.

Despite this, he said the number of new electric cars continues to grow.

"There are now over 50,000 Electric Vehicles (combined EV and PHEV) on Irish roads, and there is increasing consumer interest for these vehicles," he said. 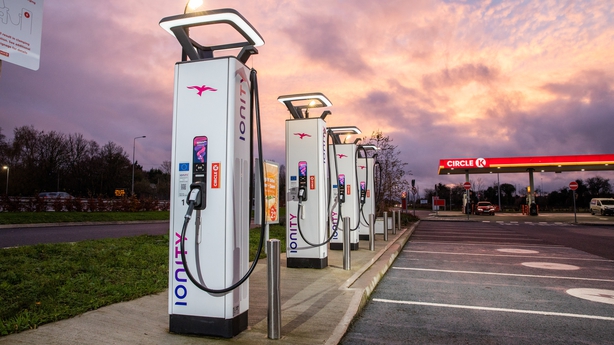 "As highlighted in the recently issued report on reducing light fleet carbon emissions, commissioned by SIMI, it is essential that our charging infrastructure keeps pace with this acceleration in the electrification of the Irish car fleet," he added.