Dalata Hotel Group said its revenues rose for the year to the end of December while its losses narrowed as most Covid-19 restrictions on the hospitality sector ended in the middle of the year.

After the reopening of hotels at the end of the second quarter its like for like Group RevPAR (revenue per available room) increased from 19% of 2019 levels for the first six months of 2021 to 58% in July and 78% in November as events and domestic corporate business returned.

The hotel group said it has a current pipeline of over 2,000 rooms in prime locations which will see its UK footprint surpass Dublin by 2025.

It also recently announced its entry into Continental Europe with an operating leasehold interest in Hotel Nikko in Dusseldorf in Germany.

After the recent opening of two hotels in Manchester, the company plans to open four more hotels this year, comprising over 900 rooms in Bristol, Glasgow and Dublin (2).

It also said the construction of Maldron Hotel Shoreditch in London is progressing well and is expected to open in the second half of 2023.

Four more hotels are due to open in 2024 in Dublin, Brighton, Liverpool and Manchester. Three are at the pre-construction phase while the construction of Maldron Hotel Brighton started in early 2022.

Dalata said that trade at the start of 2022 was disrupted by restrictions following the emergence of the Omicron Covid-19 variant, but January and February are traditionally its quietest months. 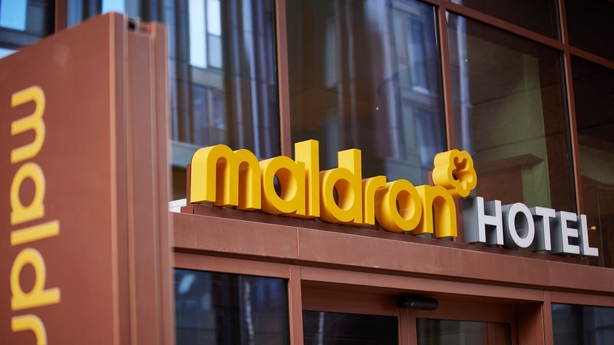 Virtually all restrictions in Ireland and the UK were removed at the end of January which resulted in a rise in bookings, with like for like group occupancy increasing from 38% in January to 62% in February.

Like for like Group RevPAR for February expected to be 91% of the level achieved in 2019, the company said.

Dalata said that in the absence of any further material Covid-19 restrictions, its remains optimistic about the ongoing recovery of the business.

"There has been significant pent-up demand for travel following the easing of restrictions, and due to a combination of a more benign evolution of the Covid-19 virus and high levels of vaccination, we expect this to continue," the company said.

Dermot Crowley, the company's chief exectutive, said the hotel group ended the year with revenue of €192m, which he said was a "sizeable achievement" considering its hotels were not open to the public for much of the first half of the year.

"Our hotels in Regional Ireland, Regional UK and Northern Ireland benefitted from strong levels of staycation demand following the easing of restrictions in the summer, while the return of domestic corporates and project work later in the year commenced recovery in our Dublin and London markets," Mr Crowley said.

He noted that by November 2021, before the onset of Omicron, like for like Group RevPAR had reached 78% of November 2019 levels.

"Given the uncertain environment with potential further Covid-19 variants and the current conflict in Ukraine and its potential wider global implication, we continue to remain agile and proactively manage the business as we always have," the CEO said.

"We remain vigilant in light of the current challenges facing the hospitality industry, particularly inflationary pressures and labour shortages. I am optimistic and truly confident in our abilities to respond to and grow in this emerging environment. We will continue to empower our people, always our greatest asset, through ongoing development and growth opportunities," he added.

Shares in the hotel group ended 7.4% lower in Dublin trade.