GSK racked up £1.4 billion in Covid-related sales in 2021, largely for antibody drug sotrovimab, as it beat quarterly forecasts in its first earnings report since rejecting a bid from Unilever for its consumer arm.

The British drugmaker said it expected pandemic-related sales in 2022 to be at similar levels to 2021 but said these would contribute less to profit due to lower margins on its antibody treatment.

The performance is a boost for chief executive Emma Walmsley as GSK's Covid-19 vaccines projects have fallen behind.

The impending spin off of the consumer venture with Pfizer has also put the future of the pharmaceuticals business in focus.

Adjusted earnings for the group stood at 25.6 pence per share for the three months to December 31, while turnover rose 13% to £9.53 billion at constant currency rates, topping a consensus of 23.8 pence apiece on sales of £9.49 billion.

"We have ended the year strongly, with another quarter of excellent performance - and we enter 2022 with good momentum," Walmsley said. "This is going to be a landmark year for GSK".

The company is pressing on with the spin off of the consumer arm, home to brands such as Sensodyne toothpaste and Advil painkiller, after rejecting a £50 billion buyout offer for the unit from Unilever in December.

GSK's Sotrovimab, developed with Vir Biotechnology, is one of the few Covid-19 treatments shown to have worked against the fast-spreading Omicron variant, spurring huge demand.

It was amongst GSK's top selling offerings in 2021.

Countries across the world have ordered 1.7 million doses of Sotrovimab, with the USs striking a second deal for the treatment last month. Canada and the European Union have also secured supplies.

Sales of sotrovimab, branded Xevudy, stood at £828m in the fourth quarter, up from £114m in the third quarter and well above market expectations of £774m. 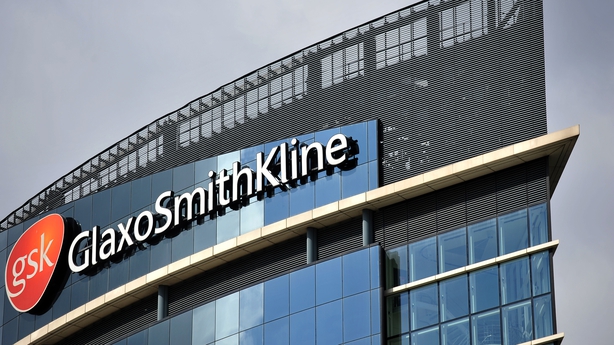 Revenue from shingles vaccine Shingrix, a key earnings driver over past quarters, slipped 7% to £597m, as pandemic restrictions kept the elderly target group from seeking the shot, but sales surpassed consensus of £548m.

The company said sales in 2022, after the spin-off of its consumer arm, were expected to grow between 5% to 7% and adjusted operating profit to grow between 12% to 14%, including a boost from a settlement with Gilead but not sales of its Covid products.