This follows An Bord Pleanala refusing planning permission for more than half the 591 residential units the group proposed for the 23-acre site.

The Coastal Quarter Strategic Housing Development (SHD) is the first phase of Ballymore’s Harbour Point masterplan for the former golf club lands and the scheme was made up of 515 apartments and 76 houses. 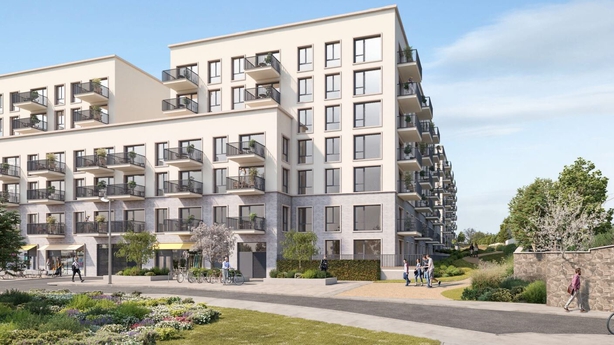 In a split decision concerning the 'fast-track' Coastal Quarter SHD scheme, An Bord Pleanala has refused planning permission to two eight storey high apartment blocks made up of 357 apartments.

The appeals board said it was refusing permission for the two blocks due to the poor design of their facade treatment and architectural expression.

The board found that the two apartment blocks would not constitute an adequate design response to the opportunity presented at the urban coastal site.

The appeals board has granted planning permission for the remaining 234 units.

In 2019, Ballymore acquired the larger 52.6-acre 'Harbour Point' lands on the site of the former Bray Golf Club.

The site was put on the market for €27.5 million by receiver Deloitte.

Planners at Dun Laoghaire Rathdown County Council recommended that planning permission be refused for part of the scheme on lands administered by the council due to what it described as the monolithic form and overall design of the apartment blocks.

The Council planners stated that the apartment blocks failed to provide a high quality scheme that promoted a sense of place through layout and detailed design.

Planners at Wicklow County Council did recommend that planning permission be granted for the scheme located in Wicklow.

The documentation lodged with the scheme concerning the group's social housing obligations put an indicative cost of €255,335 for the one-bedroom units, €461,257 for the two-bedroom units and €647,794 for the three-bedroom units.

As part of a planned further phase of development as part of the Harbour Point Masterplan, Ballymore intends to construct a mixed-use landmark building.

Consultants for Ballymore told the appeals board that the provision of a high density residential development within Bray provides "for a more compact and sustainable urban form adjacent to high capacity public transport services".

The planning report lodged on behalf of Ballymore firm, Shankill Property Investments Ltd states that "the proposed development will promote a strong sense of character and place and will facilitate a safe and socially inclusive community at a highly accessible location near to all existing community, social, leisure and retail facilities within Bray".