The deficit in the public finances narrowed to €4.9 billion in November, according to the latest Exchequer figures published this afternoon.

Tax receipts for the period to the end of last month were ahead of government targets by €5.4 billion, or 9.4%, boosted by higher income taxes, VAT and corporation tax.

The stronger than expected recovery in large parts of the economy is feeding through to higher taxes.

Consumer spending has boosted VAT receipts which are running just over €1 billion ahead of target and are up just over 24% - or close to €3 billion - for the eleven months of the year to the end of November, compared to the same period in 2020.

Corporation tax delivered another unexpected boost. It's now running 26% - or almost €2.8 billion - ahead of what the government expected it would collect by the end of last month.

That includes €464 million euro taken off the tax through payments to companies under Covid support schemes.

In a statement this afternoon, the Department of Finance put the big increase in corporation tax down to "...strong export sales and profitability in the life sciences, pharma and ICT sectors."

Income tax is also just over €1 billion ahead, although this is distorted by comparison with last year when the tax due date for the self-employed was delayed to December.

Meanwhile, the government looks set to spend less than it planned this year. Voted expenditure to the end of November is running almost €2.7 billion, or 3.4%, below target.

November is the largest tax collection month of the year, and the most important month for income and corporation taxes.

"Tax receipts to end-November offer another positive indicator as to the strength of our economic recovery over recent months," the Minister for Finance, Paschal Donohoe said.

"VAT receipts, in particular, reflect the significant rebound in consumer spending, while the income tax performance reflects the ongoing recovery in the labour market. Corporation tax receipts in November were very strong, reflective of a very robust performance of many higher-technology sectors during the pandemic," the Minister added.

By the end of November, gross voted spending had come to almost €75 billion - around €1.25 billion ahead of spending levels for the same period last year.

€68.5 billion of that was accounted for by current spending, with four in every five euro of this - just under €56 billion - relating to spending in the frontline Departments of Education, Social Protection, Health, and the Department of Further and Higher Education.

"This spending reflects the Government's continued focus on protecting the most vulnerable in society and prioritising core social services against the impacts of Covid-19," Minister for Public Expenditure and Reform, Michael McGrath said.

"Budget 2022 was prepared in line with the medium term fiscal strategy set out in July’s Summer Economic Statement. This sets out a clear framework out to 2025 to deliver sustained improvement in public services and much needed infrastructure investment," he added.

"The fact that this milestone was hit during a pandemic is remarkable," he said.

He described the figures as 'impressive' across the board with all the major tax heads performing strongly.

On the performance of corporation tax, Mr Vale said with the global tax changes not likely to kick in until 2023 at the earliest, there was no reason to believe that corporation tax receipts would drop next year.

"Looking further ahead, it's possible that the higher 15% tax rate payable by larger groups will make up for any tax receipts diverted to market jurisdictions, thus stabilising future returns," he said.

The Department of Finance now uses a twelve month rolling figure for the Exchequer deficit.

This is the €4.9 billion deficit it reported this afternoon. The actual deficit in the public finances was €1.5 billion at the end of November.

This compares to a deficit of €8.9 billion recorded in the same period in 2020.

This means the deficit so far for 2021 has improved by €7.5 billion, driven mostly by big increases in tax receipts.

Despite the big increases in the national debt over the past two years, the cost of paying for that debt continues to come down.

In the year to the end of November, debt servicing costs were €3.7 billion. This was €879 million less than the same period last year, a reduction of 19.4%. 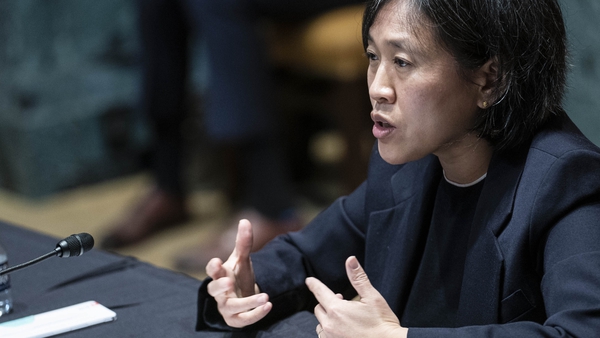