Former chief executive and chairman of Anglo Irish Bank Seán FitzPatrick has died, a spokesperson for his family has confirmed.

Mr FitzPatrick was 73 and died yesterday following a short illness.

The former banker became well-known for the role he played in the rapid growth and subsequent collapse of Anglo Irish Bank after the property crash over a decade ago.

A chartered accountant, Mr FitzPatrick was appointed chief executive of what was to become Anglo Irish Bank in 1986.

Over two decades, he led its transformation from minnow to third largest bank in the country, turning it into a significant lender to property developers.

But in 2007, two years after Mr FitzPatrick moved to the role of chairman, the property crash began to unfold exposing many gaps in Anglo's balance sheet.

The following year the Government introduced a €400 billion scheme guaranteeing the country's main banks, including Anglo Irish, which was later nationalised at an eventual cost of over €30 billion to the taxpayer.

Mr FitzPatrick later stood down amid a probe by the financial regulator into the temporary transfer of his multi-million euro loans between Anglo and Irish Nationwide.

He subsequently faced charges over the incident, but was acquitted following a trial in 2017.

He was also acquitted in 2014 of charges related to Anglo's attempt in 2008 to prop up its share price by lending €450m to a group of ten customers to purchase shares in the bank.

In 2010, Mr FitzPatrick was declared bankrupt with debts of €147m, but was discharged four years later.

In 2019, he was expelled from membership of Chartered Accountants Ireland and fined €25,000.

Mr FitzPatrick is survived by his wife Triona and three adult children, Jonathan, David and Sarah.

His funeral mass will take place in Co Wicklow on Tuesday 16 November. 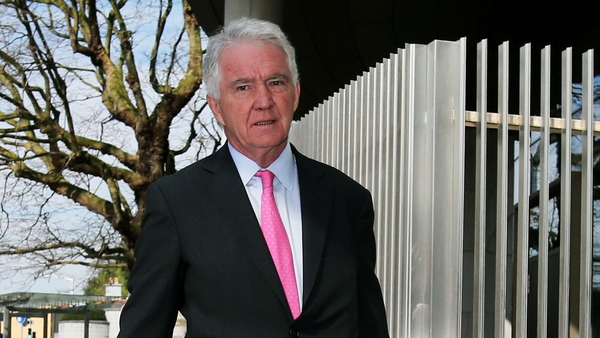