RTÉ News understands that the 15% minimum corporate tax rate in the revised draft of the Organisation for Economic Co-operation and Development (OECD) reform plan is "very firm", according to a well-placed source.

This means the phrase "at least" no longer applies to the proposed minimum rate.

This has been confirmed by a second source.

The phrase has been cited by the Government as the main impediment to Ireland signing the proposed deal.

Its removal now opens the way for Ireland to sign up to the Framework Agreement, which is expected to be finalised on Friday.

Meanwhile, the Government is seeking assurances from the European Commission that it will not force the country to further raise its corporate tax rate in the future if it signs up to the OECD deal.

A major diplomatic effort is under way to get this signal from the commission in advance of the Cabinet discussing the OECD plan on Thursday.

Ireland is keen to have safeguards in place to prevent the country being compelled to increase the rates to either 18% or 21% in the years head.

The effort is being spearheaded by the Taoiseach, the Tánaiste and Minister for Finance Paschal Donohoe.

No decision yet, says Coveney

This afternoon, Minister for Foreign Affairs Simon Coveney told the Dáil that the Government has not yet made a decision on whether to sign up to the OECD global tax deal.

He was asked to clarify the position by People Before Profit TD Richard Boyd Barrett, who said the French finance minister had reportedly said Ireland had already signed up.

Mr Coveney said the French finance minister could say whatever he wants but the Government did not yet have a recommendation on which to make a decision.

He said he hoped Minister Donohoe could bring a recommendation to Cabinet on Thursday.

He said Mr Donohoe had done a very good job of defending Ireland's interests, while recognising the reality of where the debate was going.

The Taoiseach is attending an informal meeting of EU leaders in Slovenia tomorrow.

It is anticipated the Government will reach a decision on the OECD plan on Thursday and there is a strong sense that the country does not want to be viewed as an outlier on corporate tax.

There is some confidence that any increase in the corporate tax rate would not apply to companies with a turnover of less than €750m.

This would allow the country to keep the 12.5% rates for many firms here and it would be viewed as being particularly advantageous to indigenous companies.

The OECD plan is not, however, complete.

There are still some final negotiations on what level of 'carve out' would apply to companies before they become subject to the 15%. This means what deductions might apply to account for substantive operations they may have in particular countries.

It is also understood there is still some discussion over what locations can be selected to become liable to the new proposed global minimum rate.

Other issues over which there continues to be discussion include a dispute resolution system and the amount of profit which can be distributed across markets under the so-called 'Pillar 1' of the deal.

It is understood it will still apply only to large companies with global sales of over €20 billion.

The French finance minister has said a compromise is close on a 15% global corporate tax rate and that Ireland was in the process of evolving its position on the issue.

Bruno Le Maire said the effective tax rate was the "easiest [issue] to settle" and one where a compromise was emerging.

Speaking in Luxembourg, Mr Le Maire said: "The first [issue], the best known, is basically easiest to settle and the one on which a compromise is emerging.

According to a transcript of his remarks, seen by RTÉ News, Mr Le Maire said: "This is the overall package, but once again it is not the rate which poses most difficulties today. We see that Ireland is in the process of evolving on this subject and that a compromise can achieve around 15% as the real and effective minimum rate of tax."

He added that this would make it possible to avoid "attractive" tax rates of 5% and 6%, which, he said, were real and effective rates in some EU member states.

"I repeat, contrary to popular belief, this is no longer the sticking point," he said.

Some countries such as Poland and other eastern European countries want a large deduction from minimum rate to reflect real corporate activity because they frequently offer reduced rates to entice foreign investors to build plants.

Mr Le Maire said France supported a deduction that would be based on 7.5% for assets and 10% for payroll over a 10-year transition period.

Once an agreement is reached then governments would be expected to bring the new rules onto their statute books next year so that they take effect in 2023.

Earlier, Minister for the Environment, Climate and Communications Eamon Ryan said he was hopeful and confident that Ireland would "be able to be part of the solution" and sign up to a new global tax agreement.

Speaking on RTÉ's Morning Ireland, Minister Ryan said that the final decision would be made by Cabinet on Thursday.

He said that Minister Donohoe had done a "really good job" on the issue and said it was important for Ireland's reputation to sign up to the OECD agreement.

Green Party leader @EamonRyan says the Government will decide on Thursday whether to sign up to the OECD deal on corporate tax rates. 'I'm hopeful and confident that we will be able to be part of the solution here', he tells @MorningIreland | https://t.co/XDOIhZhlx1 pic.twitter.com/lF3xDWXLhG

"I'm hopeful and confident that we will be able to be part of the solution here," the Green Party leader said.

So far, 130 countries and jurisdictions have signed up to a plan that will bring reforms to global corporation tax rules. Ireland is one of a handful of countries yet to sign up to the OECD deal, which could mean an increase in corporate tax from 12.5% to around 15%.

The accord aims to modernise and stabilise what is seen as an outdated and divisive means of calculating and collecting what large multinationals owe and pay in tax.

Labour TD Ged Nash said that the Government should sign up to the deal with a minimum rate of 15% and no more.

Speaking at Leinster House this morning, he said it would not cost jobs or affect competitiveness.

Social Democrats co-leader Catherine Murphy said Ireland would face huge reputational damage if it does not sign up to the tax deal.

Ms Murphy added that the country should not allow itself to be in the tax haven category.

Yesterday, Tánaiste Leo Varadkar said that the draft text on the OECD corporate tax plan did address some of the issues of concern to Ireland.

"It does respond to a lot, if not all, of the concerns that we had," Mr Varadkar told RTÉ's Drivetime.

He said he had not seen the text, but was briefed by Minister Donohoe over the weekend.

Mr Varadkar said the matter would be discussed at Thursday's Cabinet meeting and ministers would respond that day or the following day. 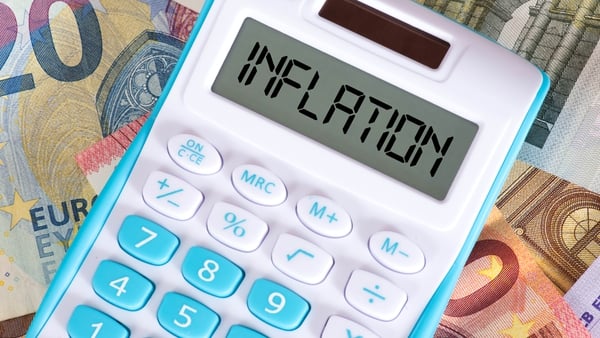