British home improvement retailer Kingfisher has today reported a 62% jump in first-half profit as it saw a do-it-yourself (DIY) boom during the pandemic but concerns over inflation and product availability pushed its shares down almost 5%.

The group owns B&Q and Screwfix in Ireland and the UK and Castorama and Brico Depot in France and other markets.

It said it was seeing higher than normal cost price inflation arising from certain raw materials and freight costs.

"We expect inflationary pressures to persist through H2 as higher cost inventory is sold through but as demonstrated in H1 we are committed to maintaining our strong competitive price position," CEO Thierry Garnier told reporters today.

He said that despite supply chain disruption the group's product availability is currently above where it was in January.

However, stocks of timber, cement and some products containing semiconductor chips were still below target levels.

"Everybody in the world is looking for timber - we are looking for cement and there is a shortage of chips for computers and it impacts some of our product," Thierry Garnier told reporters today.

However, he said that generally he was "pretty happy" with overall product availability as the group had placed orders significantly ahead of peak trading periods.

"Today we are in a good place," he said.

Shares in Kingfisher were down 4.9% today, paring 2021 gains to under 30%, reflecting concern over the inflationary and availability outlook. 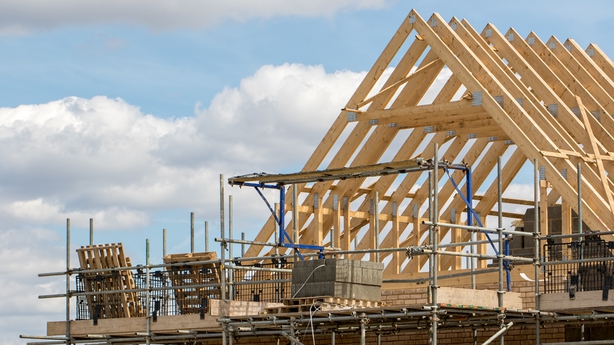 Kingfisher said it made an adjusted pretax profit of £669mfor the six months ended July 31, beating guidance and the £415M made a year earlier.

Many people have discovered or rediscovered DIY during the Covid-19 crisis as they were forced to spend more time at home.

The group said it had made a good start to its second half, with resilient demand across all markets, though third quarter to September 18 like-for-like sales were down 0.6% reflecting high numbers a year ago.

Kingfisher raised its second half outlook, forecasting like-for-like sales down 7% to 3% compared to its previous guidance of a fall of 15% to 5%.

The group also declared an interim dividend of 3.8 pence, up 38%, and plans to return £300m to shareholders through a share buyback.

Garnier said he had addressed many of Kingfisher's past issues with "fixes" now complete in the UK and Poland and positive results in France from a strategy to repair ranges.

The group plans to accelerate Screwfix's expansion in the UK and Ireland, targeting over 1,000 stores from 900 previously, and will open its first Screwfix stores in France in 2022.

It also plans to accelerate the expansion of Castorama Poland. 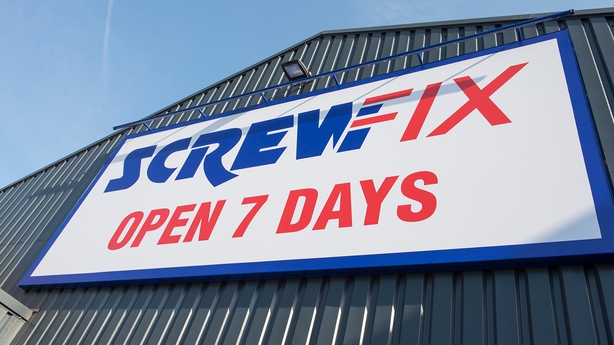 Screwfix said today it plans to have a total of 29 stores open in Ireland by the end of 2021 and will add 140 new jobs to its operations here.

Despite the challenges that Covid-19 has had on the retail and construction industries, the retailer said it is continuing to invest in the Irish market and is currently hiring for positions in Cork, Castlebar, Ashbourne, Limerick, Naas and Dublin.

Screwfix has 18 stores open in the Republic of Ireland and with the addition of 11 more this year, the company's employment rate will grow by more than 30%, with over 140 additional staff members working across retail management, service assistants and supervisor roles.

Screwfix is hiring for roles including Branch Manager, Assistant Manager, Retail Supervisor and Retail Assistant in a range of locations.