Cabin crew at Aer Lingus are considering their next steps after the company told cabin managers that a number would be temporarily laid-off and that pay cuts would not be partially restored as hoped.

It follows the strong rejection of proposed cabin crew work practice changes in a ballot earlier this week, conducted by the Forsa union which represents them.

In a letter sent to the workers concerned, the airline said in light of the result, the current voluntary severance programme will close and no further severance offers will be made to individuals under the scheme.

It also said that while it had previously indicated that all cabin crew pay and hours would likely move to 80% from the current 60% prior to Christmas, a surplus of staff at the Cabin Service Managers (CSMs) grade had since been identified."

To address this the CSMs will not progress to an 80% working arrangement in line with other crew grades, Aer Lingus said.

Instead they will be retained at 60% of their underlying contracted hours and pay for the foreseeable future.

"Given the extent of the surplus at the CSM Grade, there is also an imminent requirement to place a number of CSMs on temporary lay-off," the airline warned.

"It is likely that this lay-off requirement will continue well into 2022 and indeed may increase in number," it added.

The company also warned that beyond the CSM grade, it is also likely that it will have to implement lay-offs within other cabin crew grades from early next year.

"We will write to all affected crew over the coming weeks detailing the position as it relates to them individually and confirming lay-off requirements where they arise," it said.

The airline said there will also be no pay increases applied to cabin crew until the start of 2025 at the earliest.

Commission generated on board aircraft from December 1 will no longer be pooled and will instead be distributed on an individual basis.

Aer Lingus also stated that there would be other work practice changes, including to how lieu days are treated, while reviews of a number of other areas impacting cabin crew had commenced.

Union sources indicated that the ballot result and the company's response was not a surprise and cabin crew will now take time to consider the implications of Aer Lingus' actions.

A ballot of ground operations staff, who are members of SIPTU, is also due to be completed next week and sources speculated that the Aer Lingus response to the cabin crew ballot result may be an effort to seek to influence the outcome of that.

In a statement, Aer Lingus said the Structural Change proposal clearly outlined the serious challenges facing the business and the changes to pay and work practices necessary to deal with the situation.

"The process involved many months of engagement and consultation during which the damaging effects of the pandemic on the airline and its prolonged and ongoing impact were clearly communicated," it said.

"Aer Lingus has now begun the process of communicating to Forsa and cabin crew the measures that the airline will now implement in order to deal with the challenges," it added. 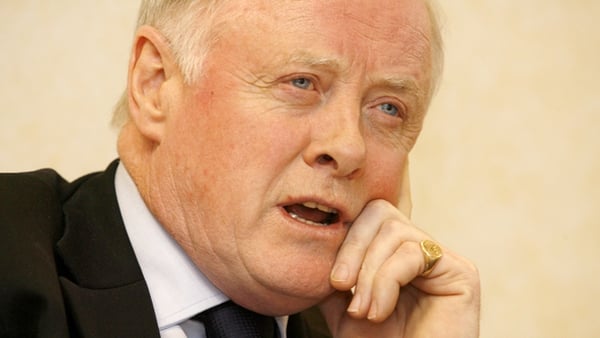