Removing the gap between duty on diesel and petrol over a five or ten year period remain 'valid options', according to a Tax Strategy Group paper on climate action and taxes.

The paper also confirms the carbon tax will rise by €7.50 in the upcoming Budget.

The Tax Strategy Group (TSG) is made up of civil servants from several government departments that examine the options around taxes as part of the planning for the Budget. The papers were published today.

Currently excise on petrol is 11.6 cents higher per litre than diesel.

The carbon tax falls more heavily on diesel by about 1c per litre.

Closure of the gap has been recommended by several environmental bodies including the Climate Change Advisory Council and a commitment was made to close the gap over time in the previous government’s Climate Action Plan in 2019.

The paper references CSO data which estimates the cost of fossil fuel subsidies at €2.4 billion per year compared to €3 billion a year collected in energy taxes and €400 million spent on environmental subsidies to reduce fossil fuel use.

It says removing subsidies for diesel and marked gas oil (also known as ‘agricultural diesel’) would have the biggest impact on reducing carbon emissions and according to a report from the ESRI would have ‘negligible impacts on overall economic activity.’

The paper also examines the Diesel Rebate Scheme for hauliers and coach operators and notes that the OECD this year called for it to be phased out as soon as possible.

However, it also notes that removal of these schemes as well as exemptions for the maritime and aviation sectors will have an impact on the competitiveness of the economy and consumer costs.

The paper also notes that as use of fossil fuels declines, there will be an increase in the use of electricity.

It also notes the state will lose out on energy taxes. It suggests this could be made up by increasing the tax raised from the use of electricity tax.

Households are currently exempt from the electricity tax.

The paper looks at what would happen if this were changed and explores options that would see a charge of between €9.53 and €47.67 applied to the average household bill for the year.

However, the paper balances this out by warning that consumers will most likely also face increases in the Public Service Obligation (PSO) levy in the future.

This is currently at €78 a year but is expected to rise, at least in the medium term, as more wind generation is brought on to the grid and an interconnector to France is built.

The PSO helps fund this investment. 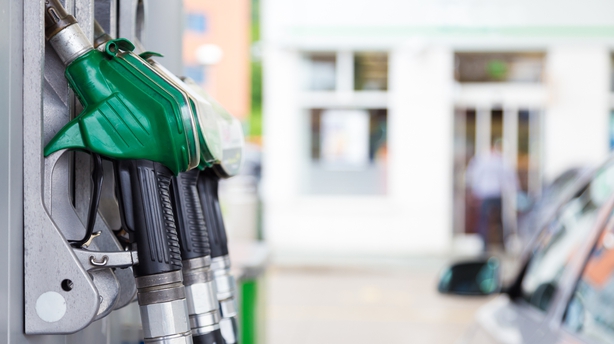 The paper also reveals that as increases in the carbon tax out to 2030 were enshrined in the Finance Act 2020, the price of carbon will increase by €7.50 in the Budget to €41 per tonne.

On electric vehicles (EV’s), the paper notes that the Department of Transport supports an extension of the 0% Benefit in Kind tax relief to be extended for a further three years.

It’s due to expire at the end of next year.

It also notes that EV’s will be taxed according to their level of emissions from a revised table from 2026.