Supermarket group Tesco has today launched a trial in the UK that allows customers to buy food, drink, household and beauty products in reusable packaging, part of its strategy to cut plastic waste.

Consumers have become increasingly aware of the amount of plastic they use in recent years.

In response, supermarket chains and consumer goods groups are increasingly testing refills in a drive to cut single-use plastics.

Through a partnership with Loop, the global reusable packaging platform, customers in 10 Tesco stores in eastern England will be able to buy products in reusable packaging that can be returned to stores when finished so it can be cleaned, refilled and used again.

35 Tesco own-brand essentials, such as pasta, rice, sugar and oil, will also be involved in the trial. 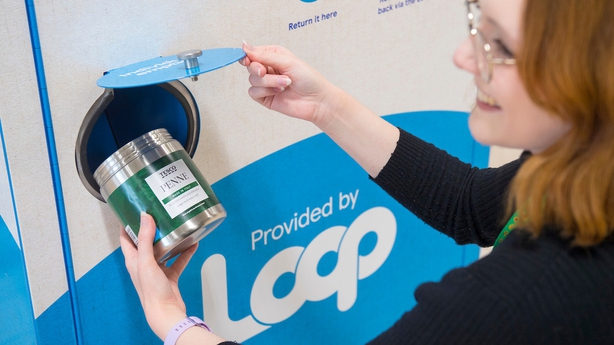 In June, Asda, Britain's third-biggest grocer, extended its trial of a refill scheme after sales of several products in an initial pilot store outsold packaged alternatives.

Marks & Spencer, Morrisons and Waitrose have also been trailing concepts.

Tesco said it will add more products to its scheme throughout the year and the trial would be scaled-up if it proved successful.

"We are determined to tackle plastic waste and one of the ways we can help is by improving reuse options available to customers," Tesco chief executive Ken Murphy said.

"We'll learn as much as we can from this to inform our future packaging plans," he said.

The Loop platform was launched in 2019 in Paris and New York. 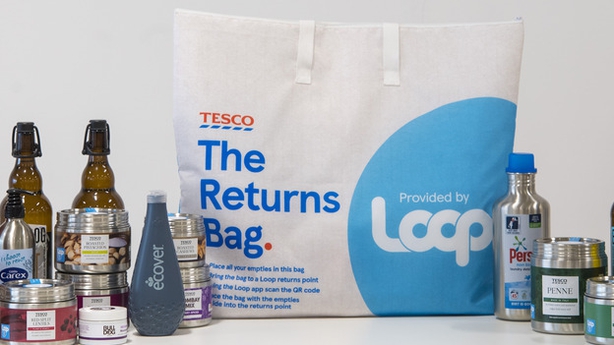 The launch of Loop in Tesco stores followed a year long online pilot that began in July 2020.

Tesco said prices for the contents of each item are comparable to the original.

A fully refundable deposit starting at 50 pence is paid on each reusable product at the store checkout, refunded via an app when the customer returns the packaging to a collection point in store.